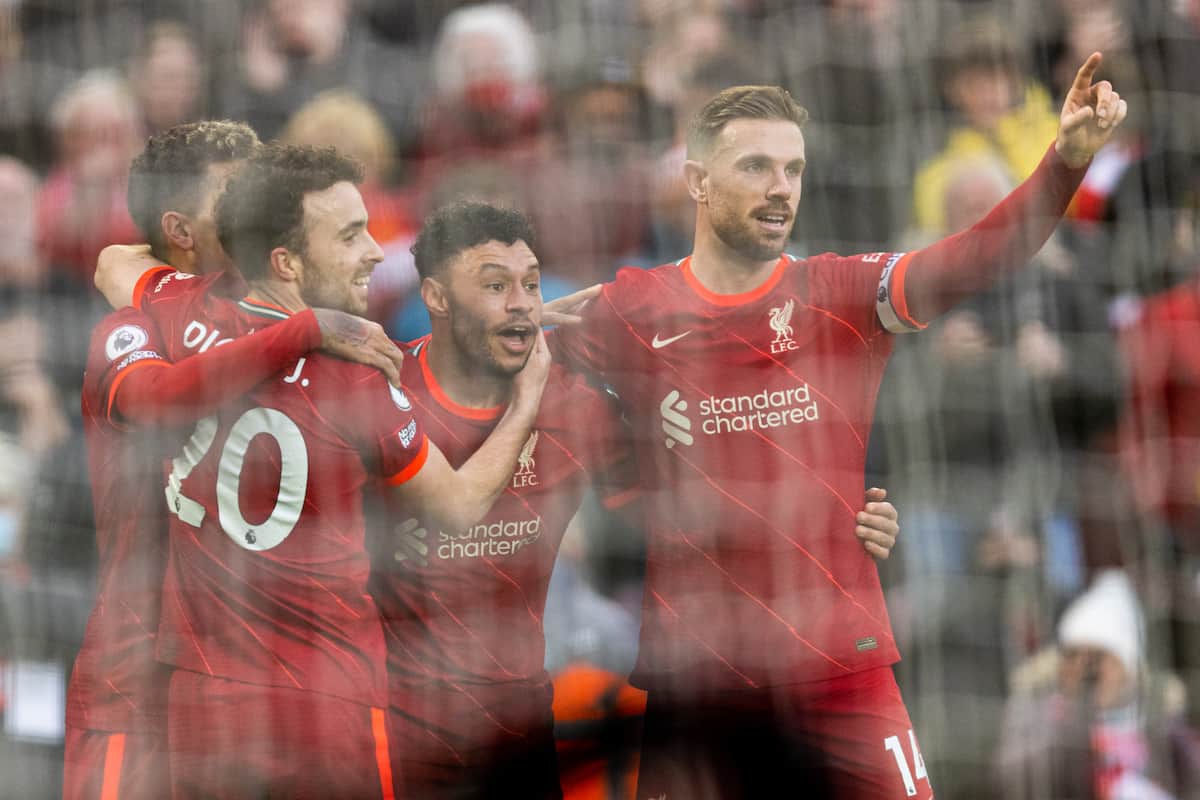 It was a day where dreams came true and Liverpool got back to winning ways, at long last in the league! And there was no mistaking the delight in the Reds camp.

After three Premier League games without a victory and a drab stalemate on days prior, there was no hiding how imperative all three points were against Brentford.

And in Jurgen Klopp‘s 350th game at the helm, the Reds did not disappoint as Fabinho, Alex Oxlade-Chamberlain and Takumi Minamino all etched their name on the scoresheet.

A dominant win was the injection fans and players alike needed, but the task still at hand is not lost on Andy Robertson:

“We did really well today – a clean sheet, three really good goals and now we move on,” the left-back told LFCTV.

“We’ve got an uphill task for the rest of the season and we just need to keep ticking game by game and let’s see where we end up.

“The gap is a big one. I think we’ve put it down to 11 points today with a game in hand. We would rather points on the board so hopefully, if we win that game in hand we can be eight points [behind]. Let’s see.”

First things first, though, Sunday was a welcome return to winning ways and Curtis Jones aptly summed up the emotion by saying, “That’s more like it!”:

The 20-year-old was one of two inclusions on the day, the other being Oxlade-Chamberlain who enjoyed the high of the second goal but the low of an ankle injury that has the Reds sweating.

The manager hopes “it’s not serious, but it was a shadow on the game,” nevertheless the No. 15 enjoyed picking up all three points:

Jordan Henderson echoed the sentiment as he touched on his pride in being able to lead this team out home and away:

It was a “Lovelllyyyy!!” day at the office for Robertson, with the left-back joining James Milner in relishing another successful outing in front of the Anfield faithful:

Fabinho is “actually liking” finding the net and you won’t find us objecting to more after three in his last three games!:

And the day was memorable for two Reds for two very different reasons, one for a welcome birthday strike and the other a league debut that will not be forgotten in a hurry!

Minamino was the one celebrating his 27th birthday and thanks to Roberto Firmino was able to cap it off with his sixth goal of the season, and there was plenty of gratitude on show from the No. 18:

As for the debut, that was 17-year-old Kaide Gordon‘s “dream come true” just one week after he scored his maiden goal for Liverpool – and he could’ve had another against the Bees:

It was a win everyone needed and a timely boost ahead of Thursday’s decisive cup tie where a place at Wembley is on the line.

“We’ll go with everything we’ve got, hopefully with the confidence we’ve got today in front of goal and hopefully cause Arsenal problems, which we know we can,” was Robertson’s assessment.