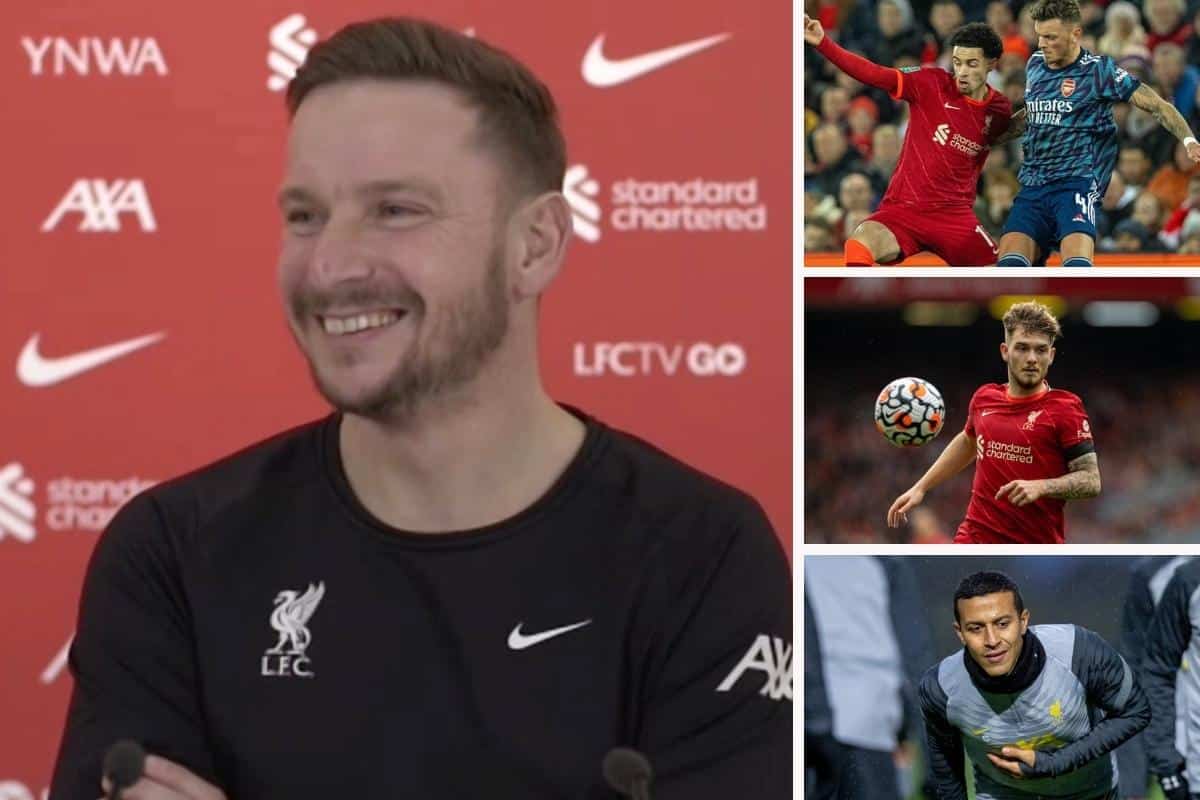 Pep Lijnders was the man in front of the cameras and as ever spoke brilliantly about the Reds’ Wembley ambitions, postponements and provided a squad update ahead of the trip to Arsenal.

The assistant manager took over media duties on Wednesday and here are four key points from what he had to say:

Ox out, Elliott back and Thiago’s return date 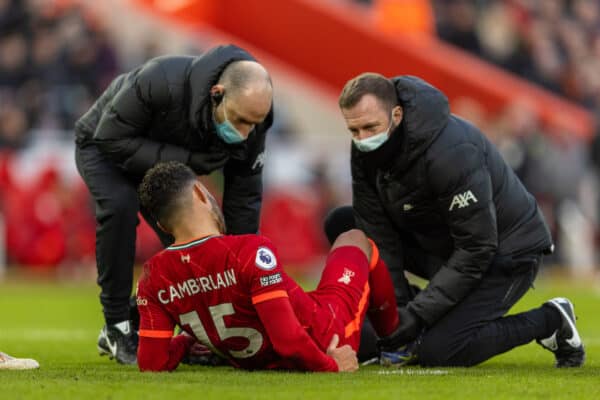 Harvey Elliott caught the eye on his return to team training after 128 days on the sidelines, but it is stressed that he “needs time” despite it being “a crime if you would not play him if he trains like this.”

All welcome noise in that respect, but Alex Oxlade-Chamberlain is a confirmed absentee against Arsenal due to an ankle injury but there is hope he will recover in time for the trip to Crystal Palace.

Thiago, on the other hand, has been signposted for a return against Cardiff after the international break while Divock Origi will be after the FA Cup tie.

Other than that, there are no new concerns for the Reds.

Which goalkeeper will start? 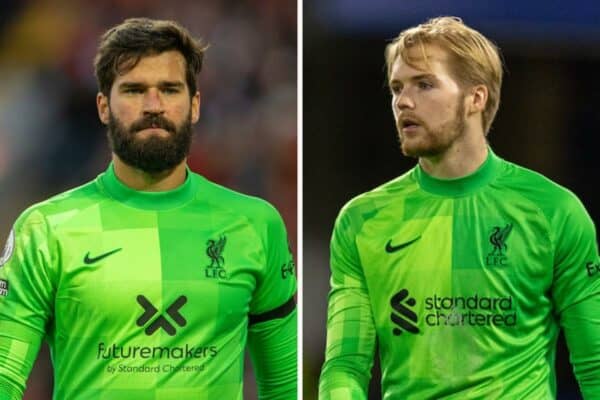 Klopp stated that the competition is Caoimhin Kelleher‘s prior to the first leg with Alisson stepping in due to a need for games, but Lijnders was a little coyer this time around.

“What’s good is that we have three really good goalkeepers…we’re happy with all three of them,” he said.

“Let’s see tomorrow who is going to start, but I’m sure all three would do well.”

It will be between Alisson and Kelleher, and it may divide many with some in the camp that the No. 1 should start at this stage while others will feel the Irishman deserves his spot. 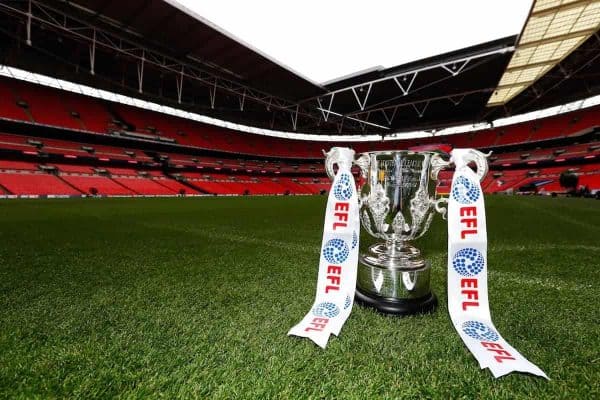 Not since 2015 have Liverpool competed at Wembley for a domestic cup but there is certainly no shortage of desire to change that and face Chelsa in the League Cup final.

“We know what we want. It’s clear now that we need to win and that’s good. If it’s 90 minutes, 120 or with penalties, we need to win this game,” Lijnders said.

“When we start the season we always speak about that we want to create memories, create them with fans and have special games.

“It’s good that we are in January and we speak about reaching finals, and reaching Wembley. We’re going to try with everything we have to reach Wembley, to compete there.”

After having had the north London derby postponed due to a mix of injuries, suspension, Covid cases and AFCON absences, Lijnaders was, as expected, asked about his take on the situation.

He remained as diplomatic as ever having seen the Reds ask for the postponement of the original first leg.

“We had our own experience about this so it’s really difficult to judge from the outside.

“We saw that with our situation, I fully respect the submissions because I trust 100 percent the medical departments of each Premier League club.

“As for advantage, it should against Leciester that we didn’t have any advantage.”