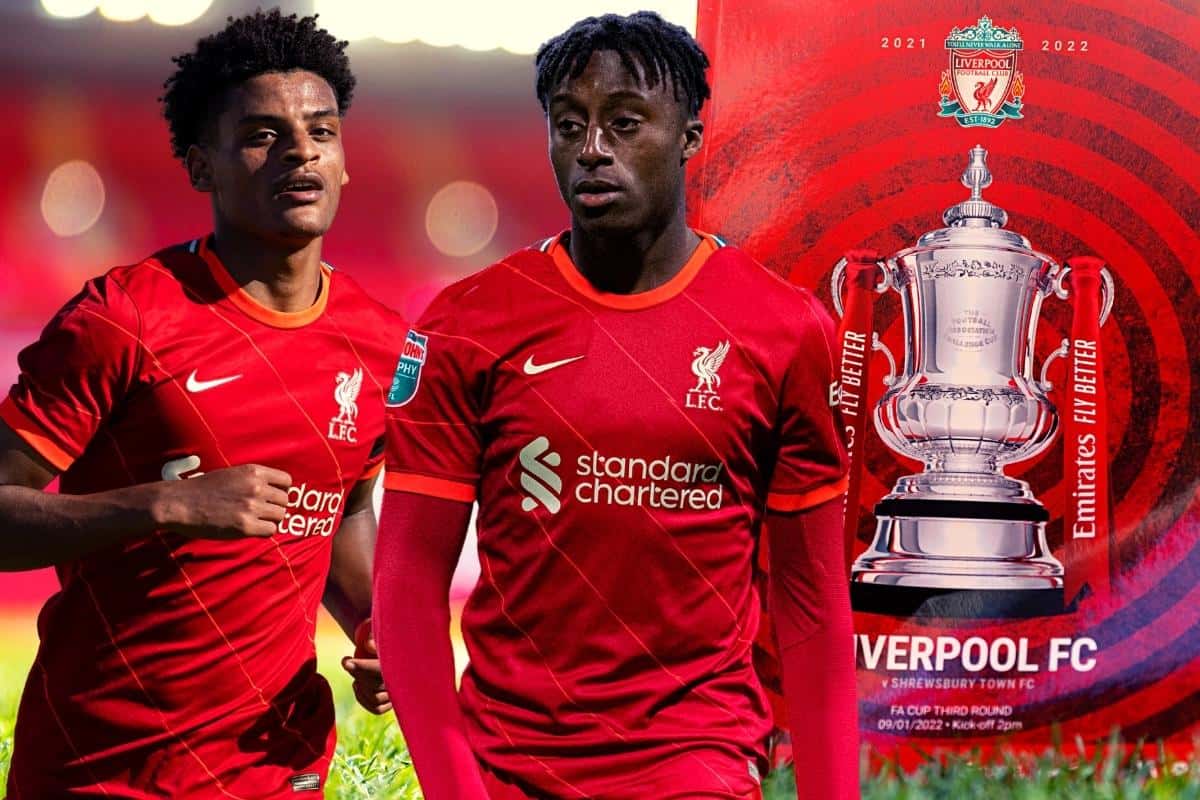 Jurgen Klopp has returned to the dugout at Anfield this afternoon, and has been able to name a relatively strong squad to face League One opposition.

Virgil van Dijk captains the side, with Andy Robertson, Fabinho, Ibrahima Konate, Curtis Jones and Caoimhin Kelleher all fit to start, along with Roberto Firmino, Kostas Tsimikas and Takumi Minamino on the bench.

But there are also first-ever starts under Klopp for Max Woltman and Elijah Dixon-Bonner, while there are a host of youngsters among the substitutes.

Joining the ever so slightly more experienced James Norris and James Balagizi – who have both been involved on matchdays before – are Frauendorf and Mabaya.

So who are Liverpool’s two fresh faces? 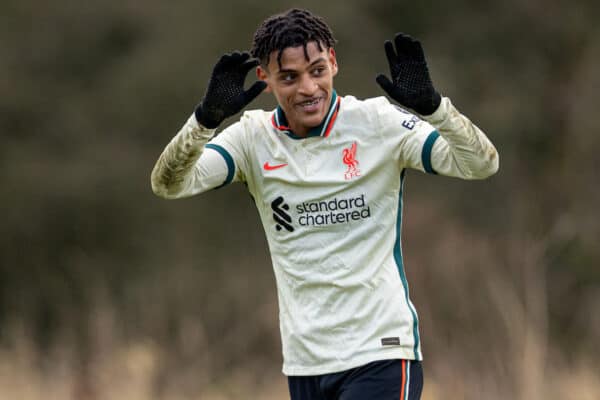 Signed from Hoffenheim in 2020, Frauendorf has settled in well within Liverpool’s academy setup, primarily for the under-18s, and agreed his first professional contract in July.

Born in Ethiopia, he has represented Germany throughout the age groups at youth level, and having captained their under-16s he recently made the step up to the U18s ranks.

He is primarily a midfielder, but is capable of occupying a variety of roles in both midfield and attack, which U18s coach Marc Bridge-Wilkinson relies upon.

Often, he is fielded as part of a three-man unit in the middle of the park, but the youngster is also utilised on either wing and can fill in as a central striker.

He is swift and hardworking, with his overlapping runs into the box making him a useful supporting option.

Frauendorf’s brother, 19-year-old right-back Melesse, still plays for Hoffenheim, and is currently with their reserve side. 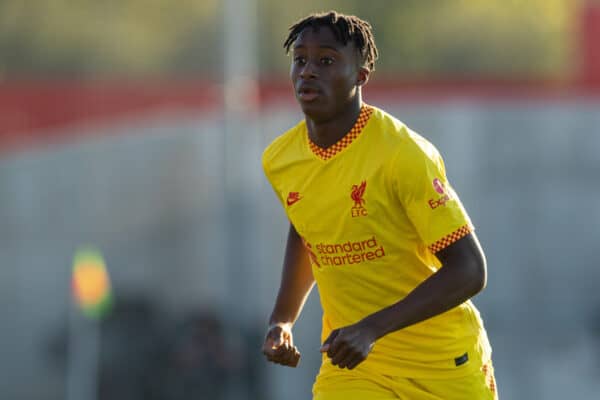 Born in Preston with Zimbabwean heritage, Mabaya joined Liverpool’s youth ranks as a six-year-old, and due to injury problems his progress to the fringes of the first team is still in its infancy.

But having stepped up from the U16s to the U18s last season, the 17-year-old has been making his mark under Bridge-Wilkinson this time around.

Though he is a natural midfielder, Mabaya has been used as a right-back on a number of occasions this season, and his ability to drive past players with pace and power has made him a standout.

It is this versatility that has seen Vitor Matos recommend Mabaya to Klopp, with both Trent Alexander-Arnold and Neco Williams ruled out for the FA Cup tie.

Mabaya signed his first professional contract with the club in September, and is tipped for big things in the years ahead.