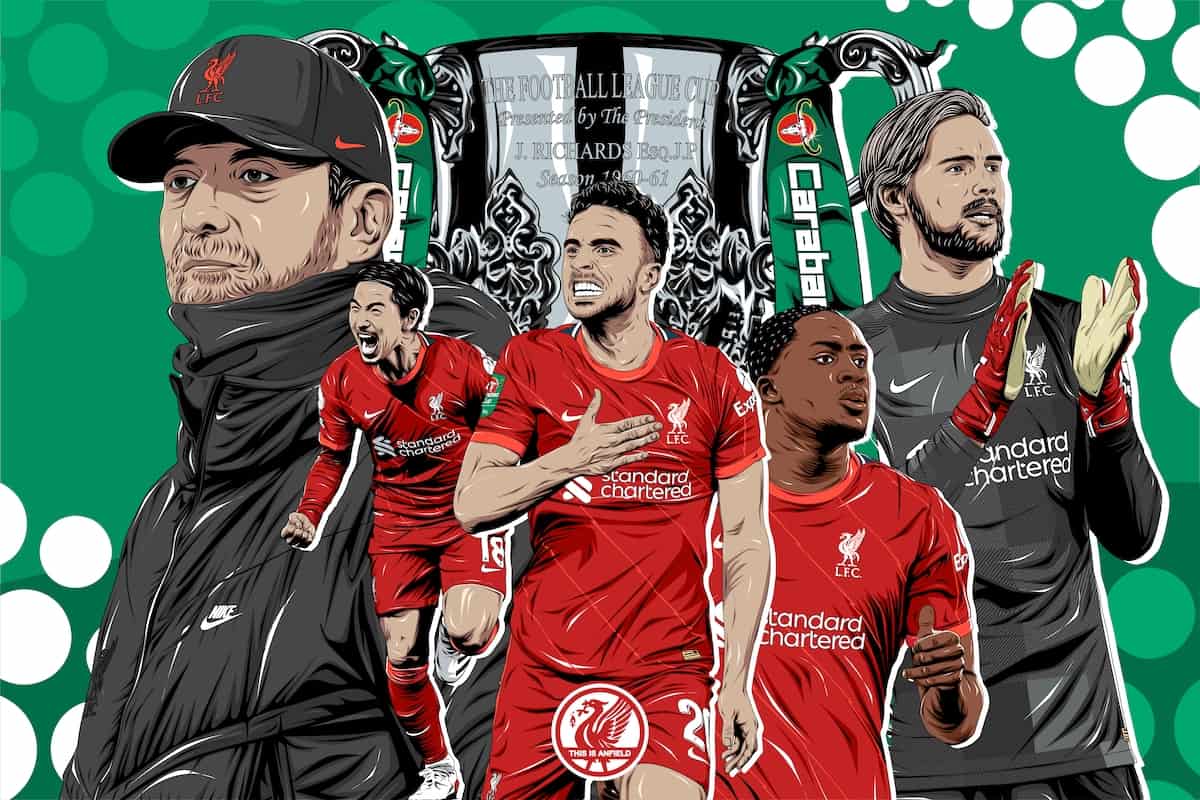 The first piece of silverware since July 2020 beckons for Liverpool in the League Cup final, but they must first overcome Chelsea to pick up the fifth trophy under Jurgen Klopp.

It’s final time! The Reds are in fine form as they head to Wembley off the back of a 6-0 rout over Leeds, with their ambitions in all four competitions still very much alive.

And Sunday’s final will represent the end of one of those competitions, with the Reds eager to be on the winning side in their first final since December 2019.

Here are 10 things to know ahead of meeting Chelsea at Wembley.

1. A Chelsea side with confidence 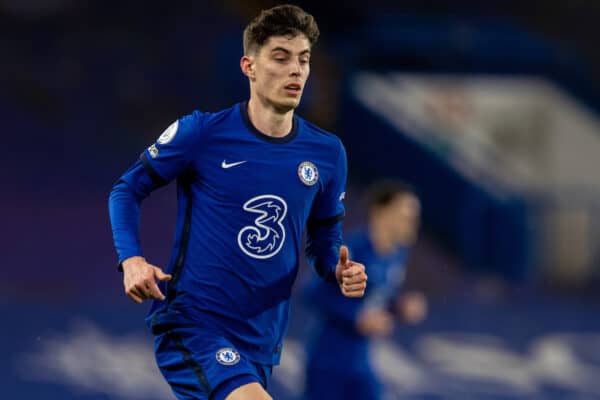 It’s been a positive month for Chelsea after having seen their glimmer of hope to be discussed in the title race snuffed out, having recently won the Club World Cup.

Thomas Tuchel’s side have won their last six in all competitions and are unbeaten in the seven, despite their manager’s consistent nod to the lack of wingbacks available.

Chelsea have conceded three goals during their unbeaten streak and scored 11, but they do find themselves up against a Liverpool side who have won the last nine in a row – scoring 25 in that time.

One side has to succumb on Sunday though.

2. How could Tuchel line up his side? 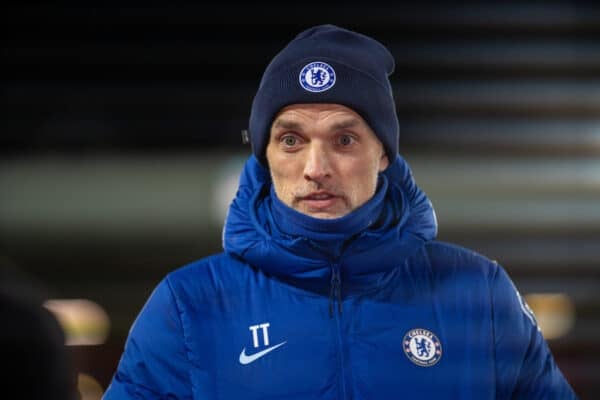 There are a wealth of options for Tuchel on Sunday and he has even winter at throwing Reece James straight back into the XI on his return from a hamstring injury.

And while there had been doubts over both Hakim Ziyech and Mateo Kovacic after knocks in midweek, the duo are to be available to leave Chelsea with a full squad bar Ben Chilwell.

Much like Caoimhin Kelleher, Kepa Arrizabalaga has been their cup goalkeeper and could set up a battle of the No. 2’s, while record club signing Romelu Lukaku could again be left out in favour of Kai Havertz.

3. Will Jota and Firmino feature?

The short answer: Possibly, and no.

While Roberto Firmino is “pushing himself really hard,” the final will come too soon for the Brazilian following his adductor injury at the San Siro more than a week ago.

Diogo Jota is still a chance having responded well to the stress placed on his ankle in his individual session, but it “will be a challenge” for him to be ready.

The best-case scenario appears to be a place on the bench for the No. 20, who was instrumental in guiding the Reds to Wembley.

4. Plenty of options for Reds’ XI

It is more the substitutes bench that Klopp may find hard to narrow down, such are the options at his disposal.

We know Kelleher is to be in the XI and with Jota and Firmino not to be starting contenders, the front three all but picks itself.

The midfield battle is fierce but it will be hard to look away from Fabinho, Thiago and Jordan Henderson as the trio, while it is to be a straight shootout between Joel Matip and Ibrahima Konate. 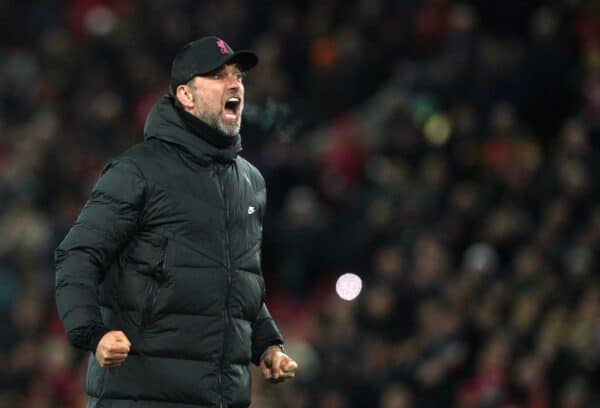 After five matches across four rounds, Liverpool have made it a squad effort to reach the final and Klopp is proud of that fact, with a win to be one “for the whole club”:

“Everybody deserves to be a part of this journey.”

Media duties were again handed to Pep Lindjers for the cup exploits, with the assistant manager echoing Klopp’s words on the significance of success for the entire club:

“If you look at the best clubs in the world, what do they have in common? It’s this one-club mentality and our journey in this League Cup shows we are exactly that.

“Now we are two days away from a final and we want to go in it with all we have and make it a proper game, with our way of course.

“We want to go to Wembley and see all the fans, hear them and feel them. For Liverpool, not just for us as a group, as a staff, but for the whole club it is a big compliment because this competition is so much more than just the first team.”

7. Respective routes to the final 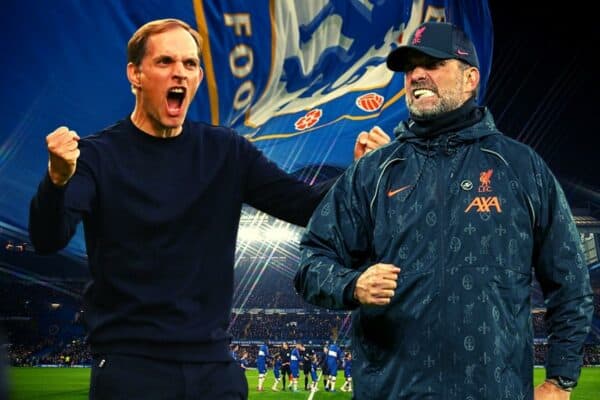 Both Liverpool and Chelsea entered the League Cup at the third round, meeting Premier League and Championship opposition between them. 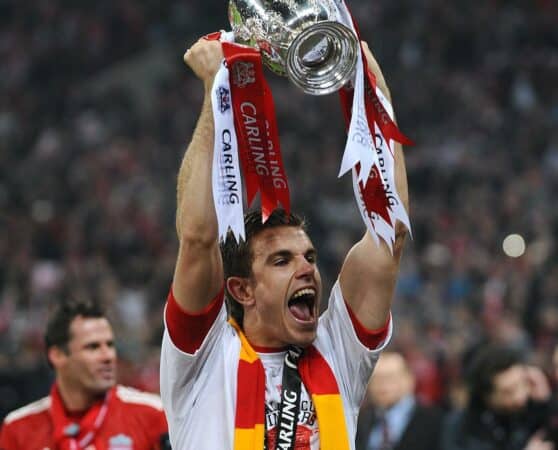 Liverpool are the joint-most successful side in the League Cup for the number of trophies and can stand alone with a win over Chelsea in what would be their ninth triumph.

And this will be the Reds’ 14th appearance in the final of the League Cup, four more than the next best in Chelsea.

Interestingly, since the start of the 21st in England’s top four tiers, this is the most played fixture, with Sunday the 68th game meeting between Liverpool and Chelsea.

Let’s make it a good one and add Henderson to the list of captains to lift the trophy! 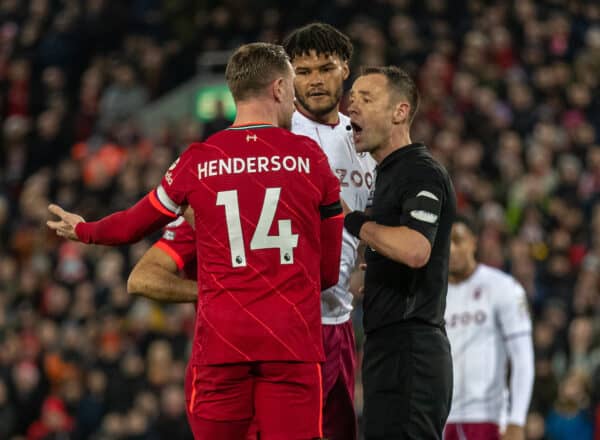 Stuart Attwell is to take charge of Sunday’s final, he has overseen two Liverpool matches this season – the win over Aston Villa and the draw at Brentford.

Notably, the VAR is Darren England, the same Darren England that overlooked two penalty shouts for Mohamed Salah in back-to-back games against Leicester and Burnley.

Make of that what you will.

Let’s just hope it’s not refereeing decisions that we’re talking about after the game! 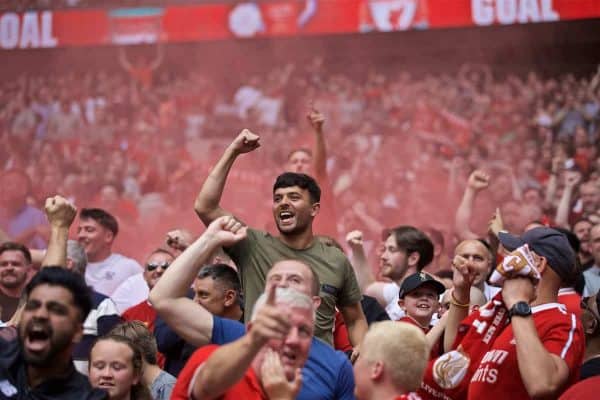 After a strange run of games not being live in the UK, the League Cup final is to be broadcast by Sky Sports Football and Sky Sports Main Event, with kickoff at 4.30pm (GMT).

But if you’re eager for biased commentary and perhaps even some nervous ramblings, then This IS Anfield’s matchday live blog is for you, you can follow along with Joanna Durkan from 3.45pm!