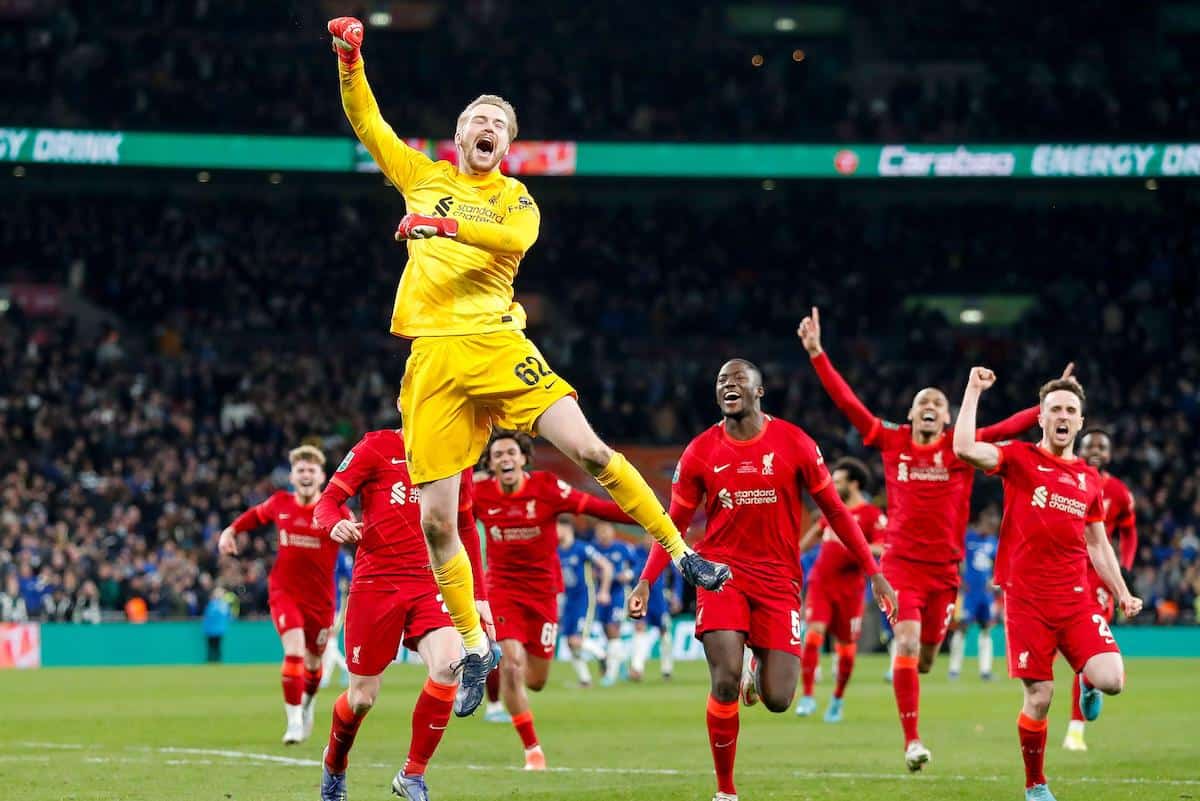 Kelleher blasted the decisive spot-kick before Kepa Arrizabalaga fired high over the bar, as Liverpool prevailed 11-10 in a shoot-out of the highest quality.

“Alisson Becker is the best goalie in the world for me,” said Klopp.

“There are other good goalkeepers out there but this goalie is absolutely insane.

“But to be honest for me Caoimhin Kelleher is the best No. 2 goalie in the world as well.

“The game he played tonight was absolutely incredible. I can remember at least two incredible saves, and probably there were more.

“So he proved that the decision to line him up was absolutely right.

“And then in a very spectacular penalty shootout he showed the whole range of his skill set. He finished one off with his really skilled feet. So top class.

“They call it the people’s cup, but the whole journey was a squad journey, and that’s what I love most about it.”