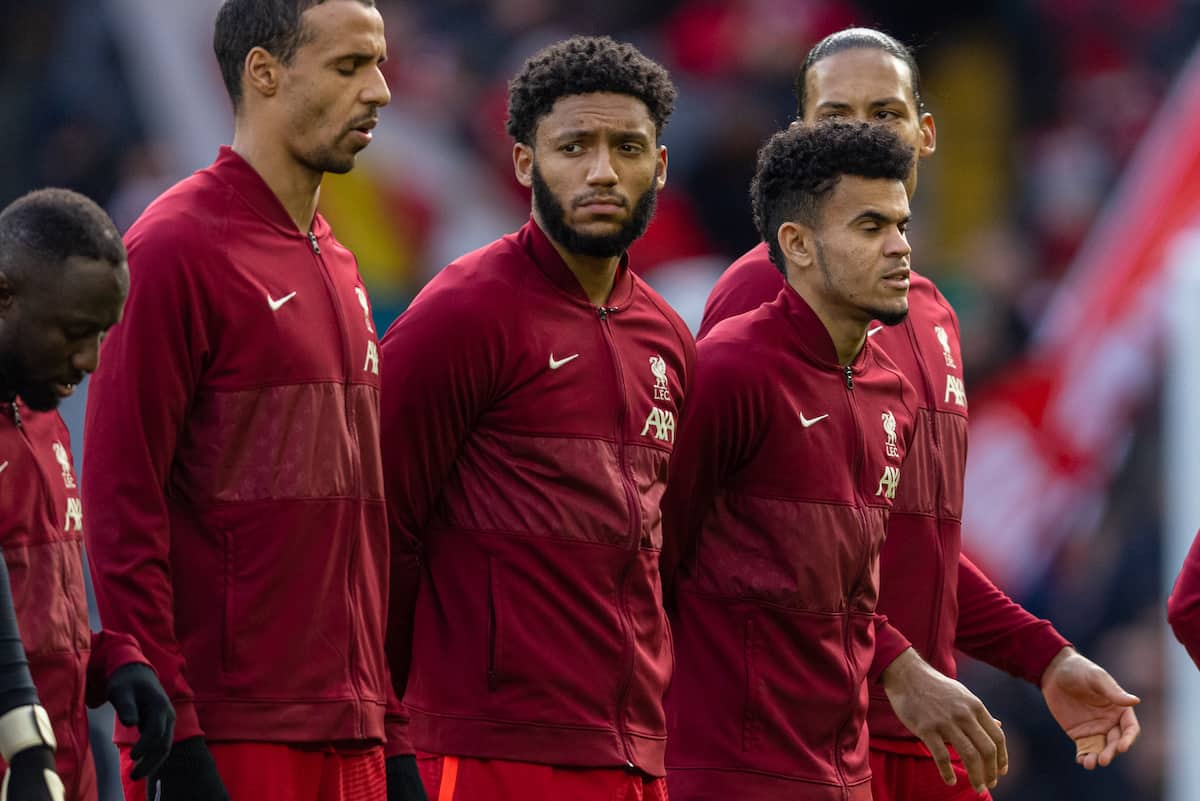 Jurgen Klopp has held Joe Gomez up as a “very good example” for Liverpool’s squad players, after making his first Premier League start in 468 days against Norwich.

Gomez was a surprise inclusion in the starting lineup on Saturday as Klopp made seven changes and omitted first-choice right-back Trent Alexander-Arnold entirely.

Filling the void left by Liverpool’s No. 66, Gomez produced a competent display as he grew into the game, which is a testament to his work off the pitch after well over a year without starting in the league.

In fact, since the freak knee injury suffered in England training in 2020, the 24-year-old has made only five starts in total, with one in the Champions League and three in the League Cup.

“Everybody likes, if not loves, Joey.

“Then with the really difficult injury and a few things afterwards, then getting Covid in the completely wrong moment when we have an FA Cup game, it made it difficult for him to get rhythm.

“I’m really happy about the performance. I think it was the first goal where he was involved, in the half-space, lose the ball, win it back, pass the ball and from there we go.

“I was really, really pleased for him. I’m pretty sure he was nervous, that’s normal after that long a time, then on a position he likes maybe the second-most, not the most.

“It was for us very important that he could play that, because Rashica with the speed. It was clear we would not go for Trent, not because of Rashica, but because Trent needed a break.

“Then, who do you bring in? It was really perfect to have Joey available.”

This summer will see Gomez enter the final two years of his contract, believed to be worth around £80,000 a week, and with Newcastle and Aston Villa credited with an interest, it could prove to be an interesting juncture.

Behind Virgil van Dijk, Joel Matip and Ibrahima Konate in the pecking order, the England international is looking to make up for lost time while fighting for increasingly rare minutes.

But with Klopp rotating his strong squad throughout the second half of the season, he believes his No. 12 is proving an example of the Reds’ team spirit.

“Yes, it’s an example. Absolutely. Like we have a lot of other examples, I have to say, in the moment,” he continued.

“I told the boys yesterday, the way we deal with different situations in one moment is really exceptional.

“Because some players start who used to be outside more often, then others don’t start who are used to be on the starting lineup.

“All of them, we all saw in the last two games, the changes we could make were massive, and the influence they had.