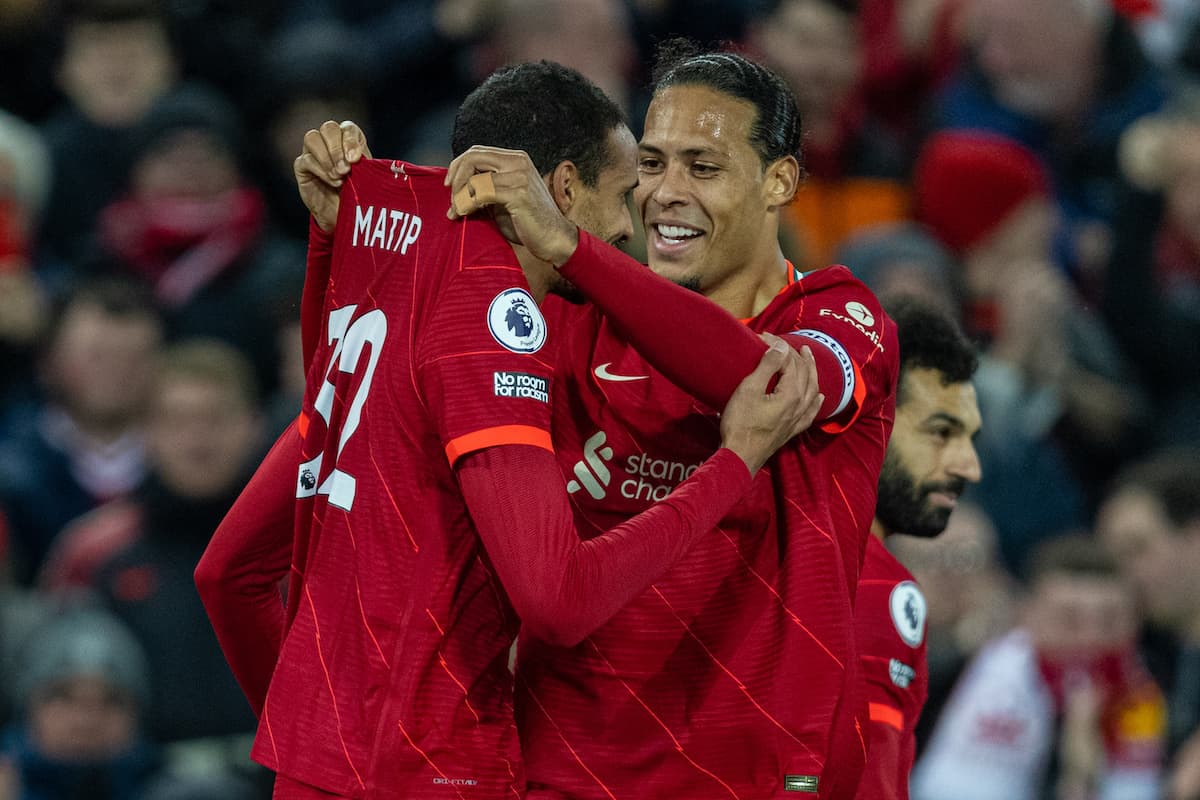 Liverpool steamrolled Leeds in the first half and moved to within three points of Man City at the top of the Premier League.

Jurgen Klopp made five changes to the side that beat Norwich at the weekend, with Curtis Jones among those coming into the side. The youngster had been left out of the three previous matchday squads.

The Reds – and Luis Diaz in particular – started brightly.

The scoring was opened in the 15th minute when Salah converted a penalty by placing it into the bottom corner following a handball by Dallas from Robertson’s cross. Goal number 26 of the season for Mo. 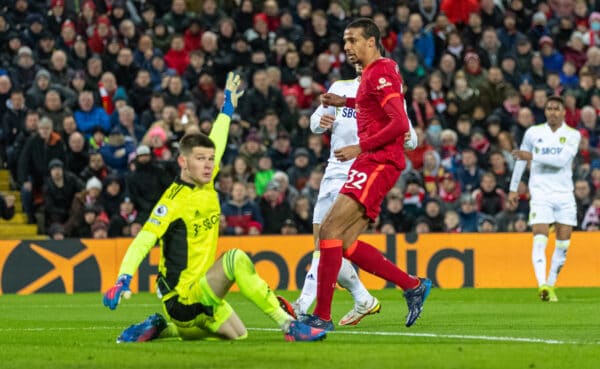 It was 2-0 on the half-hour when Joel Matip scored an absolutely beautiful goal. The centre-back went on one of his trademark runs through the middle, played a one-two with Salah, and finished perfectly for his first goal since December 2020.

It was 3-0 five minutes later, with a second penalty from Salah, this time after Mane was brought down just inside the box. Mo stepped up and put it the same side of the goal but into the top corner this time.

Liverpool were rampant and Salah almost got his hat-trick just before the interval, chipping over the oncoming ‘keeper but his shot was cleared off the line. 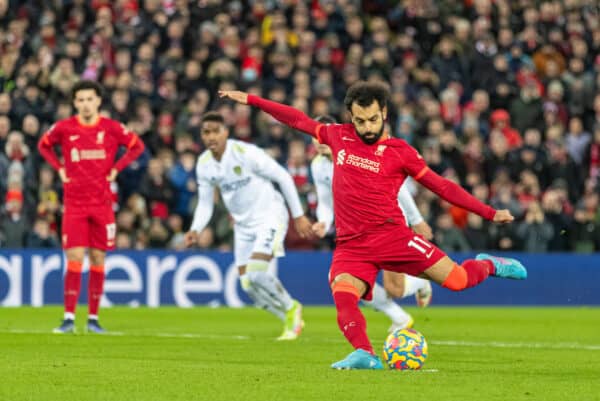 Salah again went close to getting his hat-trick when he dribbled inside and curled an effort into the far corner, then side-footed over after a one-two with Jones.

The tempo was lower than the first half, but Liverpool still created plenty of chances.

One of those chances was converted with 10 minutes to go when a lovely team move ended with Henderson squaring the ball for Mane to finish for his 10th league goal of the season. 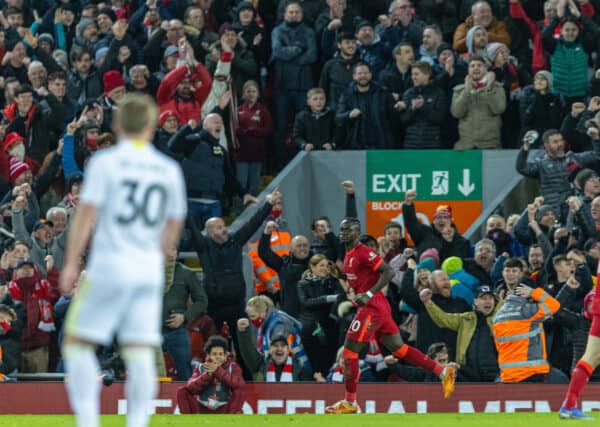 Mane added another in the final seconds, again from close range after good work by Origi down the left wing, then Van Dijk headed home Robertson’s corner in stoppage time.

The win moves Liverpool to within three points of Man City at the top of the table, with each now having played the same amount of games.

Next, the Reds travel to London to face Chelsea in the League Cup final at Wembley on Sunday.