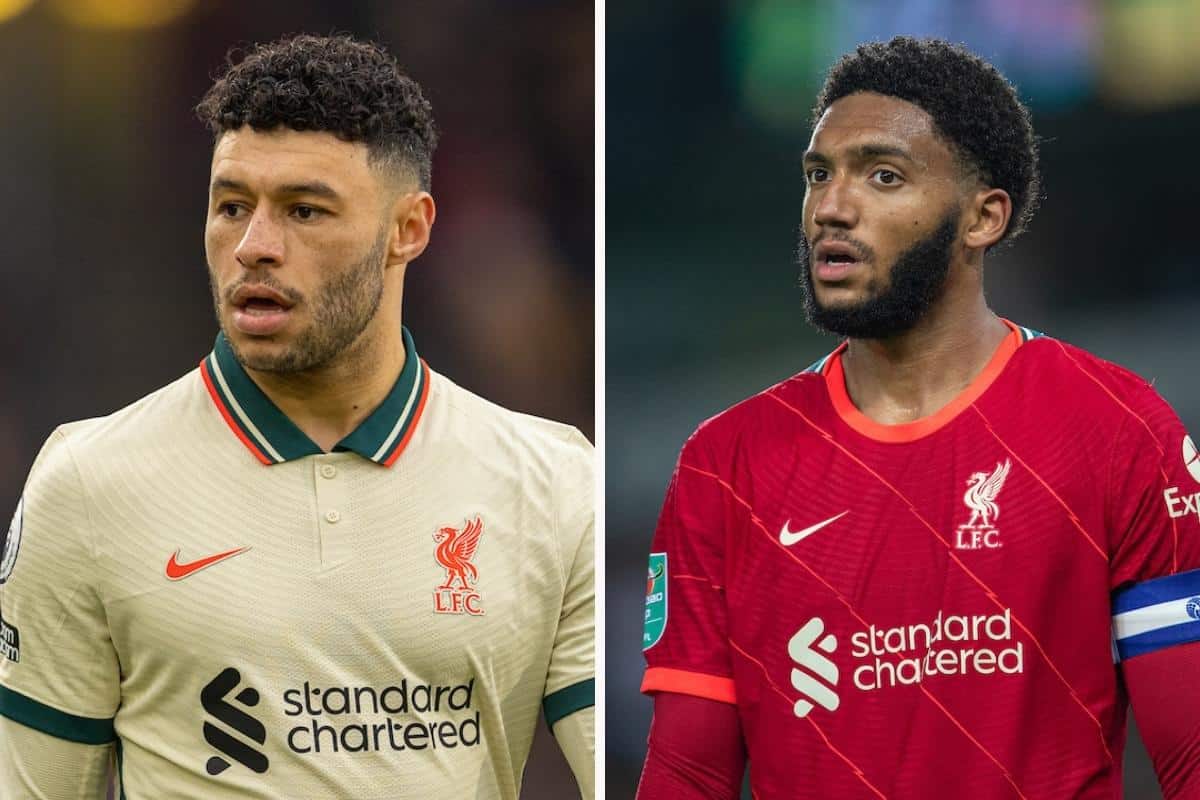 Liverpool have confirmed that both Joe Gomez and Alex Oxlade-Chamberlain tested positive for COVID-19 but while both completed their isolation period, they miss out against Cardiff.

The Reds have had to navigate a number of Covid cases in recent months, with both Gomez and Oxlade-Chamberlain the latest after returning from the two-week break.

Both were notably absent from training on Friday as the team put the finishing touches on their preparation, which already cast doubt on their involvement.

The pair had been thought to be ideal options for Jurgen Klopp in the FA Cup tie against Cardiff on Sunday but the lack of training time following their isolation period ruled them out.

On the announcement of the team to face Cardiff, the club confirmed Gomez and Oxlade-Chamberlain were absent due to having recently tested for COVID-19.

“Both players have completed the required period of isolation and are able to resume training but neither are considered for today’s game due to a lack of sufficient preparation time,” Liverpool announced.

It will be particularly disappointing for Gomez who has made just 12 appearances this season, only four of which have been the start on what is his comeback season after his nasty knee injury.