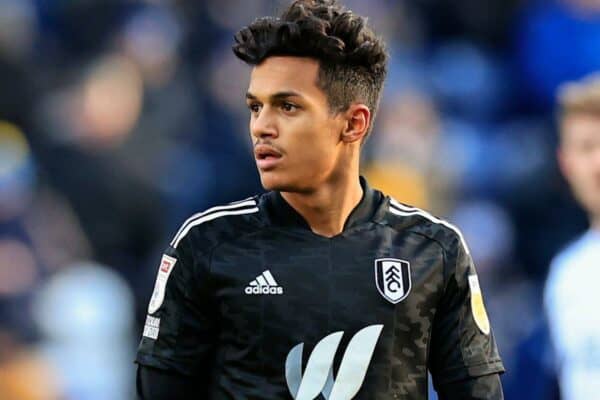 Deadline day proved a busy one for Liverpool and despite agreeing to a fee with Fulham for Fabio Carvalho, the deal did not go through on time. But that does not mean it is over.

The Reds’ pursuit of the 19-year-old made for rare deadline day drama for the club having been up against the 11pm deadline on Monday to get the move across the line.

The two clubs had reached an agreement for a fee late in the day with Carvalho to then be loaned back to Fulham to see out the rest of the season, but time was not on their side with no deal sheets in the EFL.

However, it does not mean it is the end of Liverpool’s bid to make the attacking midfielder a Red.

As explained by The Times’ Paul Joyce, among other Merseyside reporters, “if all parties agree there can still be a pre-agreement for the player to move to Liverpool in July.”

With his contract expiring in the summer, Carvalho is free to do so but “there is no immediate time pressure for that agreement to be reached.”

It would avoid either club needing to go to a tribunal as they did for Harvey Elliott, with both eager to avoid what can be a long and drawn-out process.

There will be a number of clubs looking to capitalise on the inability to close out a deal for the highly-rated Carvalho, but the Echo‘s Ian Doyle states that “Liverpool are now clear favourites to negotiate a pre-contract agreement.”

Liverpool remains in a strong position having agreed a fee and personal terms, and Goal‘s Neil Jones corroborated reports saying, the club are “expected to try and finalise a deal in the coming weeks.”

With Jurgen Klopp and co. eager to add Carvalho to their ranks it’s a move that does look as though it is a matter of when not if it comes to be.

For now, the 19-year-old remains a Fulham player and a key piece of the puzzle to their promotion push back to the Premier League.