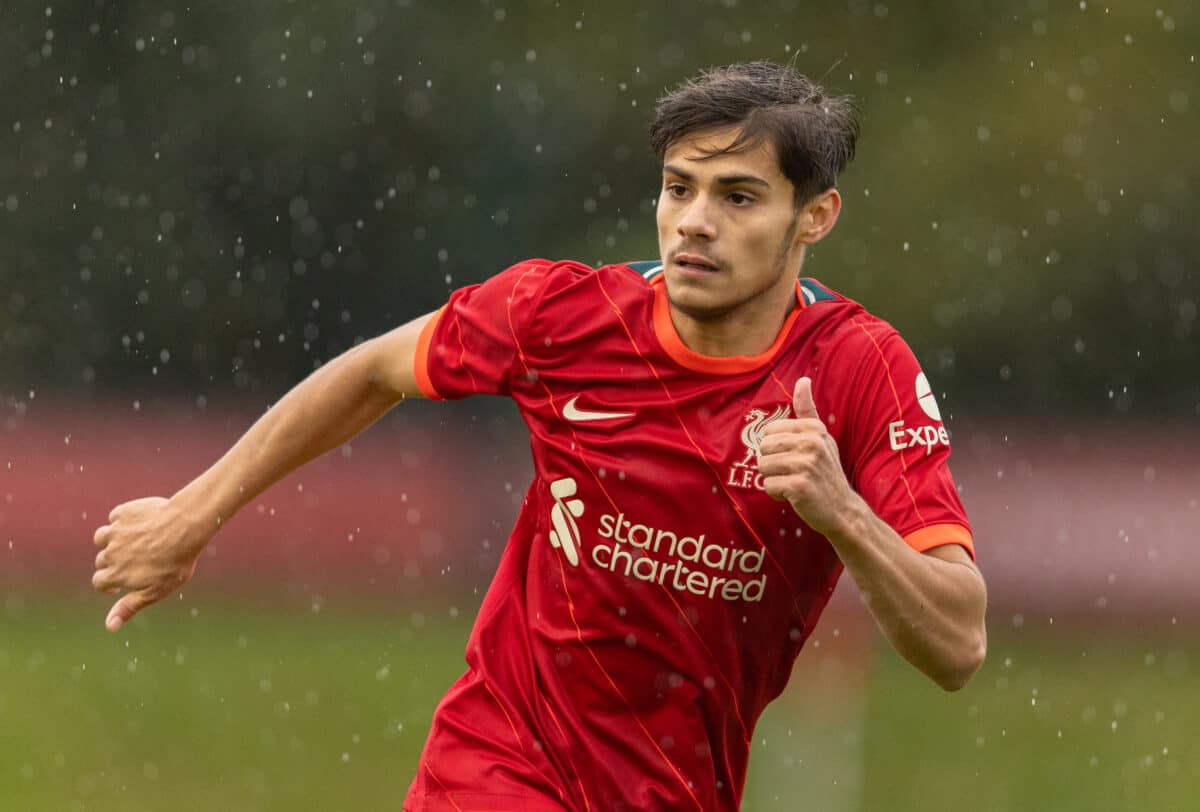 Another under-18s game and another goal for Oakley Cannonier, with the teenager’s strike the first for Liverpool in a 2-1 win against Wolves on a very wet day at Kirkby.

With storm Eunice hitting the UK, it was a cold and wet afternoon at the academy, and conditions saw kickoff moved to an earlier time slot for the young Reds.

Five of those to participate in the Al Abtal International Friendly Cup in midweek were again named by Marc Bridge-Wilkinson, including Melkamu Frauendorf and the prolific Cannonier.

And it was the latter who continued his rich vein of form in front of goal, edging Liverpool into the lead after just 13 minutes.

It came from a poor defensive clearance from Wolves that was jumped on by the 17-year-old, with his first touch setting up a finish in off the post – his 27th goal of the season if you include his midweek exploits.

But a similar loose passage of play in defence from Liverpool led to Nathan Fraser finding an equaliser 12 minutes later beyond Harvey Davies.

The theme from the first half continued in the second, but this time Lee Jonas was the benefactor for the Reds after the Wolves ‘keeper was unable to handle Luke Chambers’ cross to make it 2-0.

It was a lead that Bridge-Wilkinson’s side had opportunities to extend, but they safely defended their lead for their third league win in a row and ninth of the season.

The victory keeps the young Reds five points behind leaders Man City in the U18 Premier League with 11 games remaining.