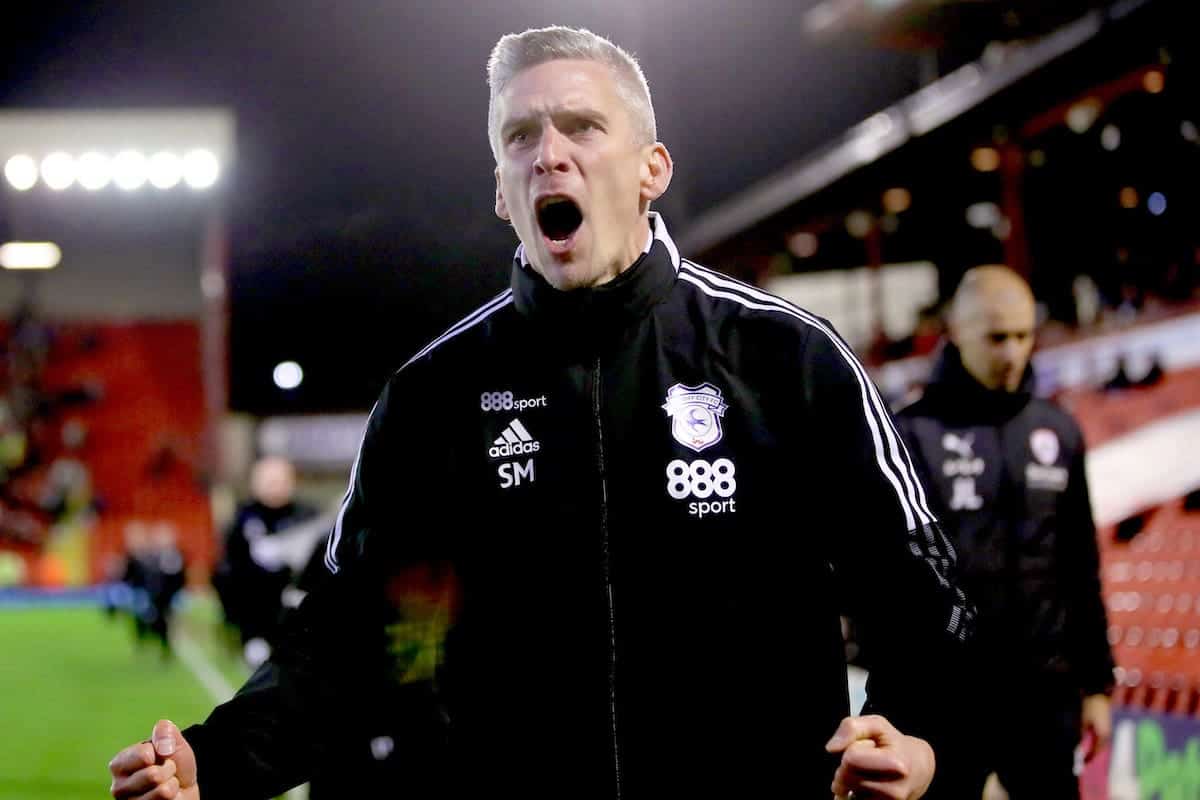 Cardiff manager Steve Morison has told his side to “enjoy the day” at Anfield, with their FA Cup clash with Liverpool a “reward” before they “knuckle down” again.

Morison, the former Norwich, Leeds and Millwall striker, has enjoyed an impressive start to management, having stepped up from a role with Cardiff’s under-23s for his first senior job in October.

It was a gamble from owner Vincent Tan, but Morison has defied expectations, turning around a side that had lost eight on the bounce in the league to take five wins and three draws from 14 Championship games so far.

The latest win came at Barnsley on Wednesday night, with Middlesbrough loanee Uche Ikpeazu scoring on his debut to seal a 1-0 victory.

Though Cardiff have only moved from 21st to 20th since Morison took over from Mick McCarthy, there is now a seven-point gap between the two positions and they are only four points off 17th-placed Birmingham with a game in hand.

For Morison, the Championship is clearly the priority, with the 38-year-old under no illusions ahead of the trip to Anfield on Sunday.

“It makes us able to enjoy Sunday a little bit more now,” he told Cardiff’s official website after the Barnsley win.

“The young lads who have been fighting for us all season, they get their reward. They get to go and play at Anfield, and enjoy their moment.

“We can go and really enjoy the day, and make the most of it. Then, we know we’ve got to knuckle down and get ready for Peterborough on Wednesday.” 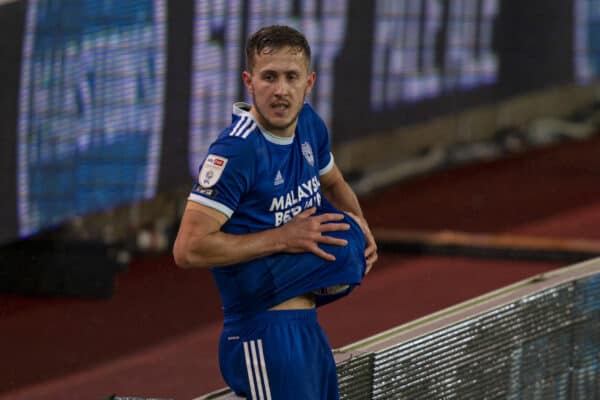 Morison has made it clear that, though a win would be welcomed, Cardiff are not expecting a result when they head to Merseyside for the fourth-round tie.

That is perhaps a realistic stance to take given the players available to him, with Sean Morrison, Alfie Doughty and Joel Bagan injured, Ikpeazu and Cody Drameh cup-tied and Joe Ralls and Curtis Nelson facing late fitness tests.

Speaking in his pre-match press conference on Thursday, Morison re-emphasised the fixture as an opportunity for Cardiff’s youngsters, who had “been tasked with looking after this football club over the last six months.”

“Some of them may never get the chance to play again at Anfield and may get that extra urge of the back of it to say: ‘Actually, this is where I want to play all my games of football’,” he continued.

“It will be a great day. One we’re looking forward to.”