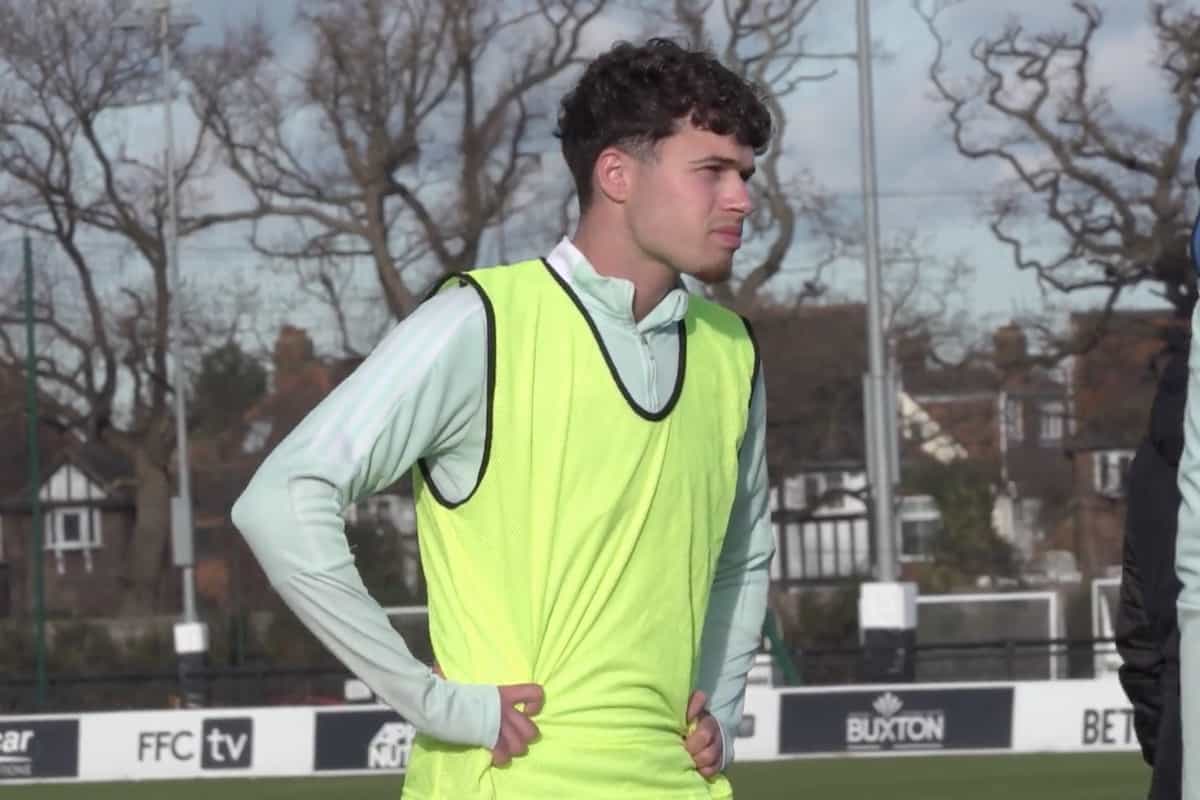 Neco Williams’ first career loan spell got underway without delay as he joined in on Fulham training on Tuesday, alongside Reds target Fabio Carvalho.

Liverpool’s deadline day was not the quiet affair that was anticipated, with two outgoings and a deal failing to be greenlit in the final minutes.

Williams was a move that had been on the cards with Bournemouth considering the full-back before their Championship rivals stepped in.

Not part of the deal that Liverpool sought to conclude with Carvalho, the 20-year-old’s loan move was announced after the deadline had passed in the early hours of Tuesday morning.

And he was swiftly in the mix at Fulham, joining in with his new teammates, including ex-Red Harry Wilson, under the watchful eye of manager Marco Silva at their Motspur Park training ground.

Carvalho too was in the thick of it after Liverpool’s deal for the teenager was not completed in time, as the Cottagers started their preparations early for the visit of Millwall on Tuesday.

The Reds are still reported to be in the driver’s seat to land the 19-year-old who can sign a pre-contractual agreement with his current deal expiring in the summer.

As for Williams, he will be eager to find the senior minutes that have alluded him at Anfield so far this season having accumulated only eight appearances to date in 2021/22.

As first-choice right-back Kenny Tete is currently sidelined with a groin injury there is an opening to take advantage of, whilst his versatility on the left flank opens up further opportunities.

With it being a World Cup year and Wales in the mix to qualify, the 20-year-old’s time in the Championship will help boost his chances of representing his country on the grandest stage.

On his social media, Williams said of the move” Happy to join Fulham on loan for the rest of season. Can’t wait to get started!”

He joins a side that sits five points clear at the top of the Championship and with an impressive 74 goals scored, 29 more than next best, as they seek a place back in the top flight.

Carvalho has been responsible for seven of those goals and Liverpool will be eagerly watching how the pair get on as the season progresses.