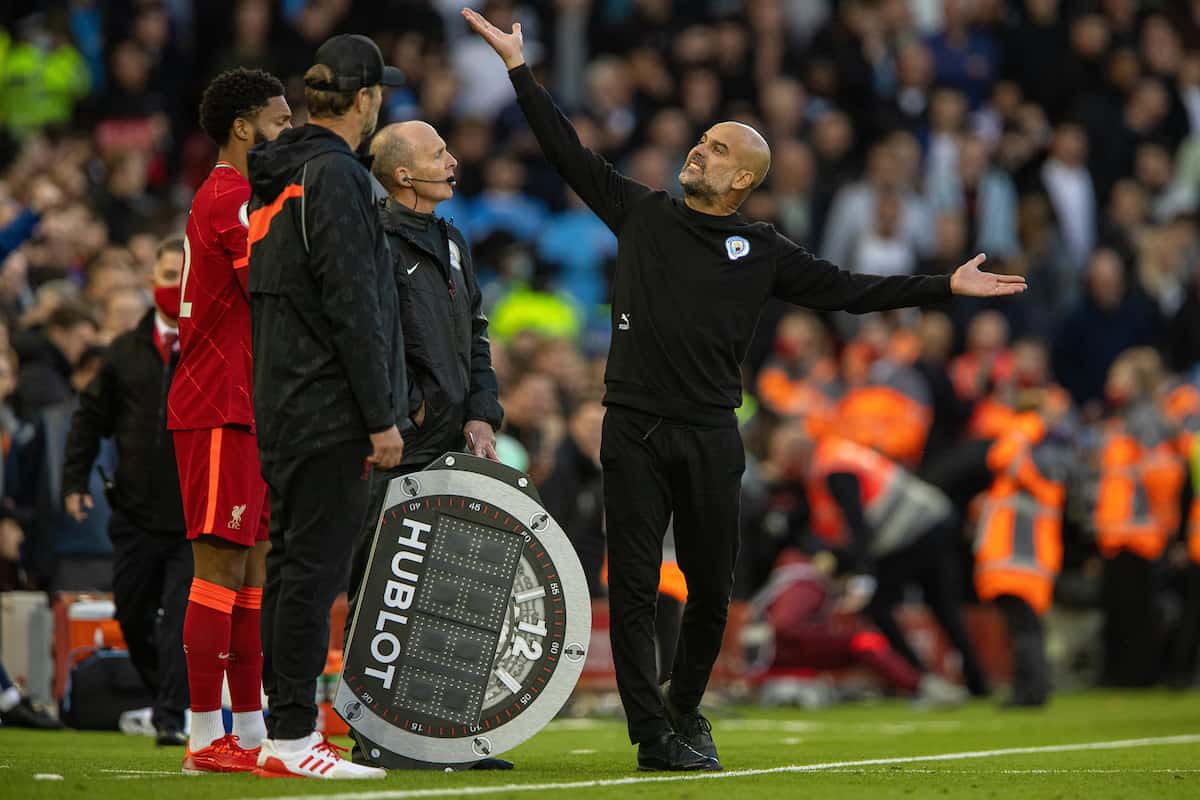 Pep Guardiola has namechecked Jurgen Klopp‘s side as one team who are capable of stopping Man City in their tracks, calling Liverpool a constant “pain in the ass.”

Man City are a force in their own bracket such is the playing field they operate in, and yet Liverpool have been breathing down their necks for years.

Guardiola’s side are currently nine points ahead of the Reds having played a game more in the Premier League and have all but guaranteed their place in the Champions League quarter-finals.

It keeps them in the hunt for three trophies and City’s latest result, a 5-0 rout at Sporting CP on Tuesday, led to a question of who is capable of stopping them.

“What team out there could beat you?” was Peter Schmeichel’s question to Guardiola on CBS Sports Golazo, and his response will get a wry smile from Reds.

“Liverpool. Liverpool are six points behind us. Liverpool were our biggest rivals in the last seasons. They are always there,” Guardiola said.

“They are a pain in the ass all of the time. They are a fantastic team in Europe.”

That we are, and now with a full-strength squad there are no limitations on what Klopp’s men are capable of.

Liverpool are still in the mix for all four trophies this season but will need to make up considerable ground in the league to peg back City, but it is certainly not impossible.

"Today we were so good being so clinical, and when this happens it's so difficult for any opponent."

Guardiola’s words make it known that Liverpool are still very much firmly on his mind, as we have been for some time now, and the Reds need to be there to capitalise when they can.

The two teams do not meet in the league until April, but in a recent rarity, Liverpool play before City on the weekend as Norwich make the trip to Anfield and City host Tottenham.