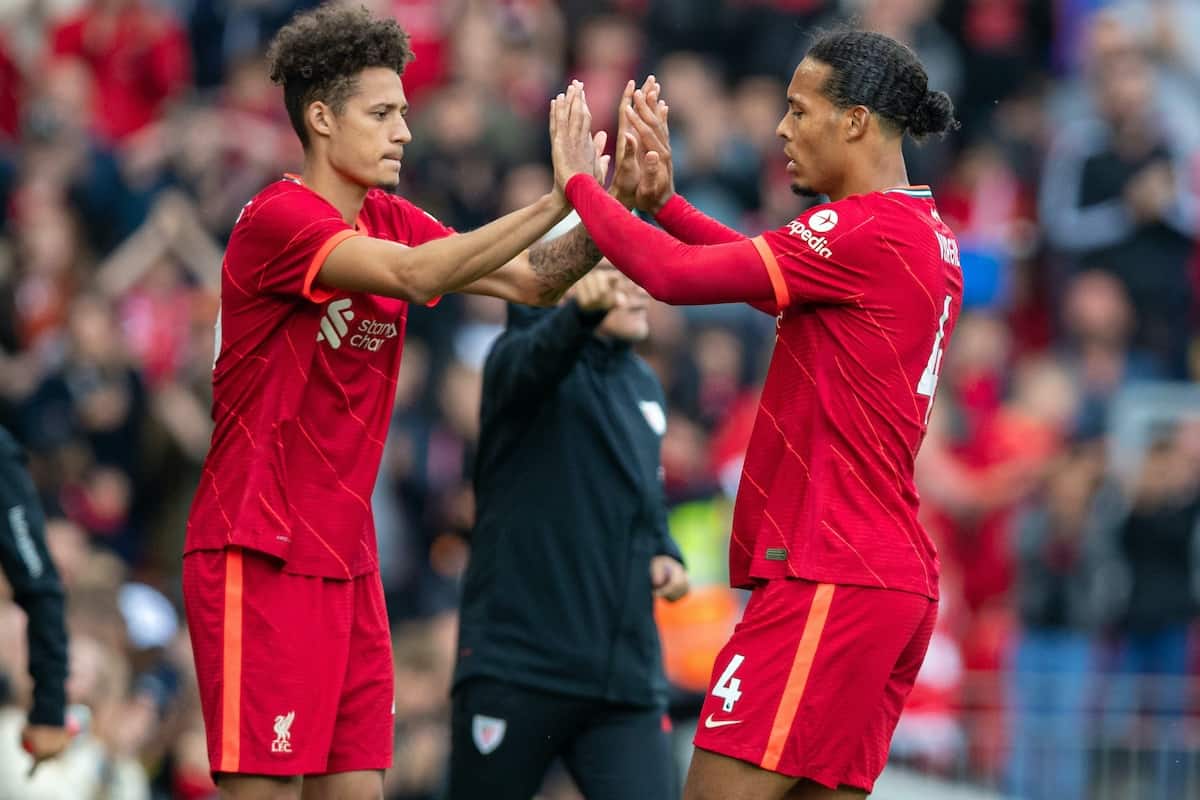 The final days of the January transfer window saw a change in Liverpool’s defensive ranks, with Rhys Williams now set for a minor role in Jurgen Klopp‘s senior squad.

Williams was a valuable figure in the second half of last season, as the Reds rode an injury crisis at centre-back and earned a place in the Champions League.

He made 19 appearances in all competitions, forming a strong partnership with Nat Phillips in the absence of Virgil van Dijk, Joel Matip and Joe Gomez, and proving a more reliable option than loanee Ozan Kabak.

But with Ibrahima Konate arriving from RB Leipzig, it was deemed the best move to allow Williams to head out on loan to Swansea, to gain more experience as a regular starter.

However, after making only seven appearances for the Swans in four months, the 21-year-old returned to Liverpool early, with the club activating a recall clause.

There was interest from both Reading and Sheffield United as deadline day approached, but with the transfer window now closed, Williams has stayed on Merseyside.

Instead, a loan move to Bournemouth was sanctioned for Phillips, the promotion-chasers agreeing to cover his wages along with an initial £1.5 million fee. A further £250,000 is to be paid if the Cherries go up.

That has left Williams to occupy Phillips’ role as fifth-choice centre-back for Liverpool – a duty that, in truth, heralded few opportunities for the 24-year-old.

Phillips made just three appearances for the Reds in the first half of the season, twice as a substitute and starting once in a dead-rubber clash with AC Milan in the Champions League.

He was available as valuable cover for the likes of Van Dijk and Matip, however, and spent another nine games on the bench as Klopp managed the fitness of those defenders back from long-term injuries.

That is, more than likely, the role Williams will fulfil in the final four months of the campaign – a minor one, but an important one nonetheless.

It was telling that the youngster was involved in the behind-closed-doors under-23s win over Wrexham at the weekend, and coach Barry Lewtas will consider him among his centre-back options too.

There are, though, only eight fixtures left in Premier League 2, along with a Lancashire Senior Cup quarter-final against Williams’ boyhood club Preston in March.

Between now and the end of the season, then, Liverpool’s No. 46 finds himself backup to Van Dijk, Matip, Konate and Gomez, and competition for Billy Koumetio, Tom Clayton and Jarell Quansah.