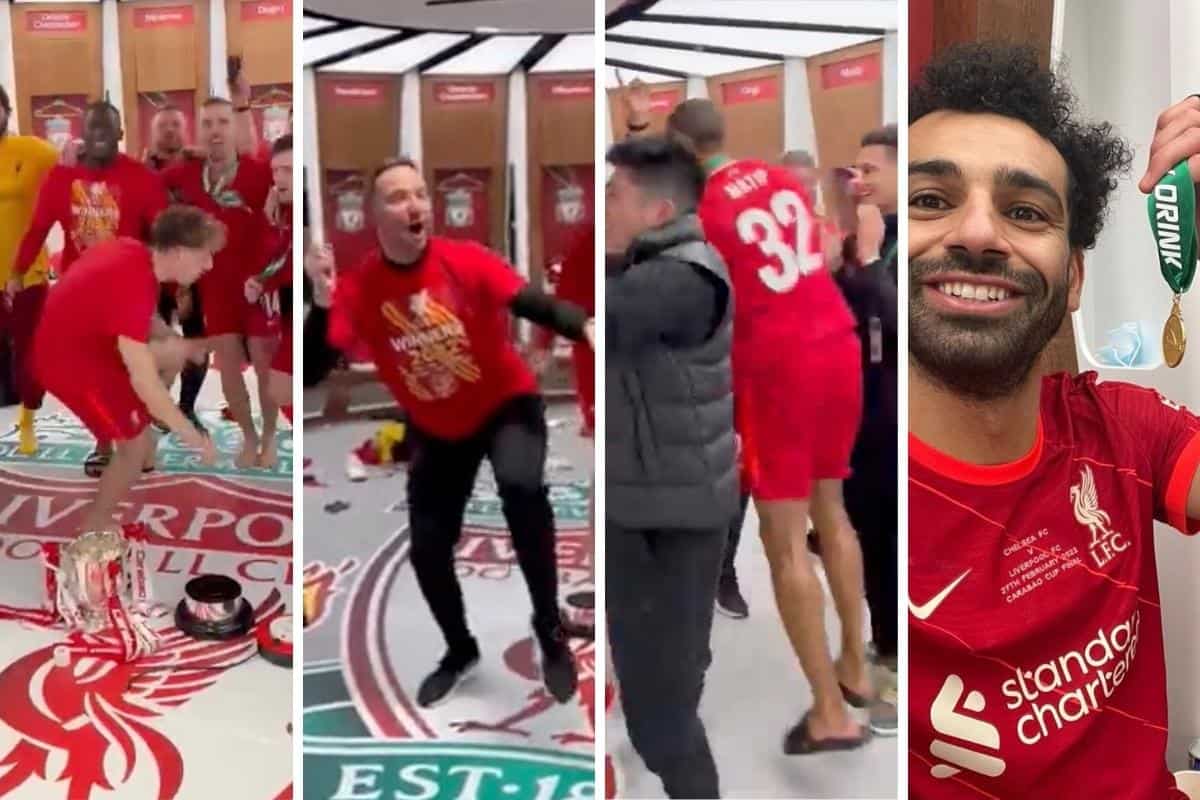 Liverpool became the first club in English history to win the League Cup nine times as they overcame Chelsea, and the scenes in the dressing room showed its importance.

The Reds have extended their record as the most successful club in England, and for Jurgen Klopp‘s side, it came with a fifth trophy – in a campaign that could bring even more.

Though the League Cup is lower on the list of priorities than the Premier League and Champions League, the manner in which Liverpool made it to the final ensured it was a must-win affair.

After 120 minutes, it came down to a penalty shootout and, having been brought on to win it for Chelsea, goalkeeper Kepa Arrizabalaga blew his spot-kick over the bar and handed the Reds the trophy.

Jordan Henderson was the only player remaining from the last time Liverpool won the League Cup, under Sir Kenny Dalglish back in 2012, and he led the celebrations in the dressing room after the game.

Bouncing around Wembley to Gala’s ‘Freed From Desire’, the Reds let the moment sink in as they paraded hopefully the first of four trophies this season.

Pepijn Lijnders was heavily involved, while Kostas Tsimikas and Joel Matip provided the comic relief as they bounced around the dressing room.

New signing Luis Diaz, arguably Man of the Match before Caoimhin Kelleher‘s defining moment, got involved along with the likes of Kaide Gordon and Adrian, who travelled but were not part of the squad. 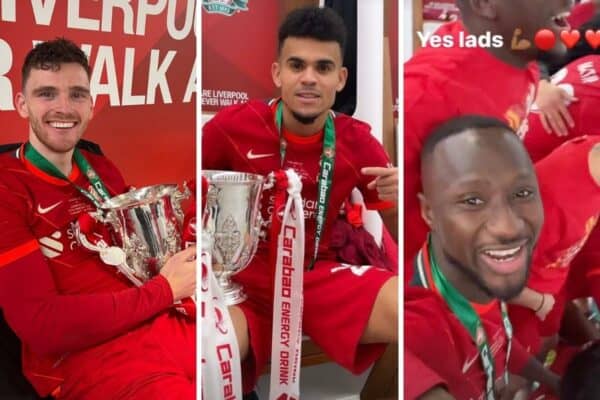 It shows the boost winning a trophy many consider fourth tier provides a club like Liverpool, and hopefully, they can use that to go on and bring home more silverware between now and the end of May.

Next up? The FA Cup fifth round, and the visit of Norwich.