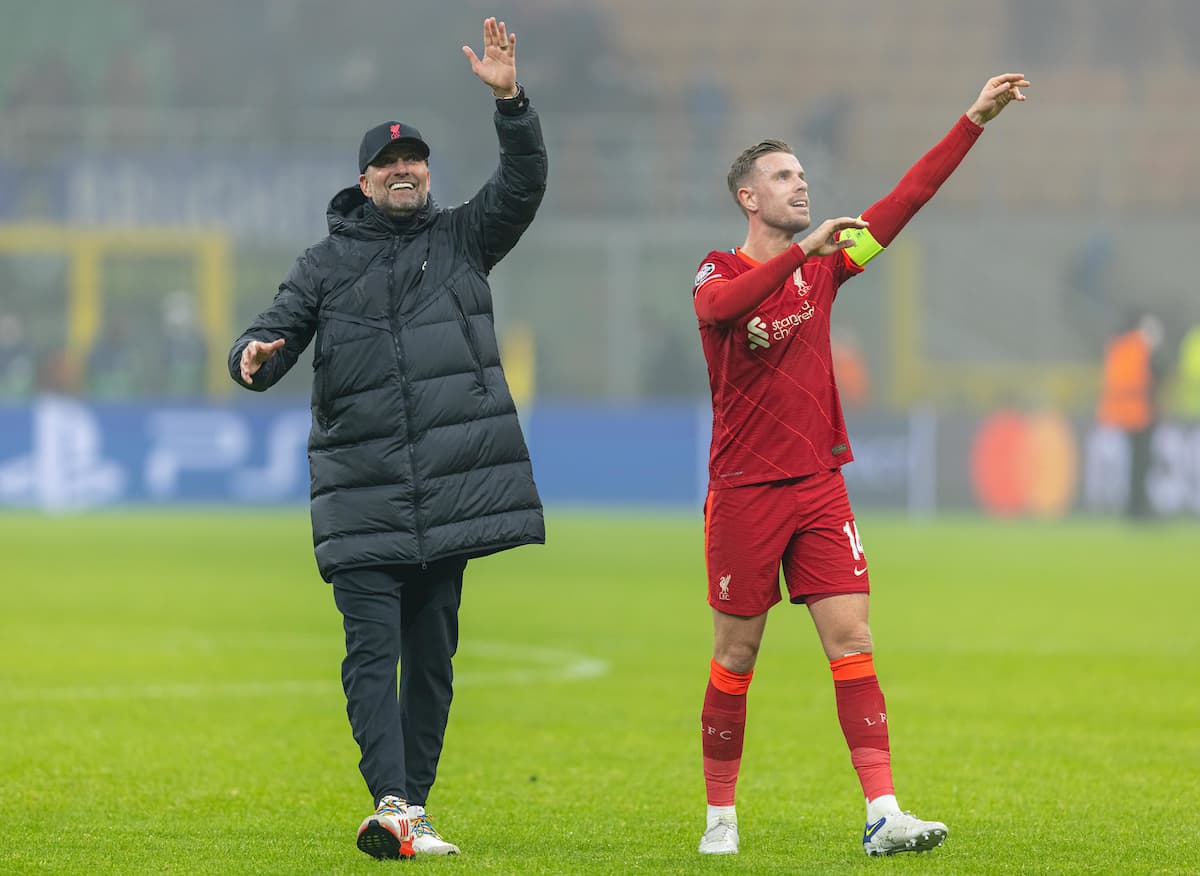 Jurgen Klopp knows he has a world-class squad available at his disposal, but there’s something which he places far greater importance on which will make Liverpool win trophies.

Maybe more than any other Reds boss in recent memory, the German manager is all about team-building, mentality, a spirit of togetherness and having everybody pulling in the same direction – not just in his squad but right throughout the club.

It’s evident from his first days making the players meet every non-football related employee at Melwood, to his great rapport with the fans and everything in between.

As a result it should be no surprise that even after a big-money signing in January which gives the team real depth and quality all over the park, he’s still very much insistent that success will only arrive at Anfield if the team are still focused on some guiding principles: desire, determination and doing whatever is necessary to win on a consistent, relentless basis.

Asked about how he manages and rates his squad with all the attacking array of riches at his disposal, Klopp was unequivocal in telling reporters that technical quality had very little to do with the midweek win at Inter Milan and is nowhere near the biggest factor in challenging for major honours:

“The potential of the boys was not the key for the win at Inter. The key was the attitude we showed, the spirit and mood on the pitch, that made the difference. Not who can play.

“It’s what you make of the things you have available. We have to fight, not to think about how good we could be, we are not the Harlem Globetrotters.

“There are a lot of really good teams and squads out there we have to battle with. Nobody here is happy with being second, reaching a final is great, if you lose it everything is OK…nothing like this.

“We need all this, not just talking about it constantly. I get it but I answered five million times. The squad’s there, great, really great. But we spoke two weeks ago about it and now Diogo is out. So stop asking me – my opinion is clear. Top squad, best I ever had, but it’s so much more important the mood in the team and in the stadium we can create to get results.

“You don’t win a Champions League away game at Inter Milan because you are good, you win it because you want it with all you have. That’s what we did.” 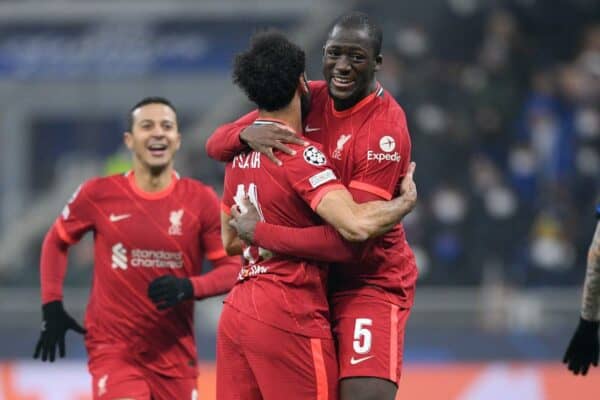 One of the players who emphasised this approach was captain Jordan Henderson, sub at the San Siro but who came on for half an hour to help stem the tide, reassert control for the Reds and ultimately secure a 2-0 first-leg victory.

Klopp was effusive in his praise of the skipper but widened that praise to all the five subs who came on in the game and stated that they were showing exactly the right reaction even though they weren’t picked to start the game.

In short, it’s what all of the squad have to do in any given fixture to make sure the outcome is a win.

“I love Hendo to bits,” praised Klopp. “I didn’t ask but I’m pretty sure Hendo is expected to start and didn’t, then he comes on and did that and the whole world asks ‘why didn’t he start?’ so that’s exactly what a player has to do.

“That was a pefect example but not only him, Naby came on and had the same influence, was brilliant when he came on. Bobby scored the goal, all these things – that’s what you need.

“You can’t have the best squad in the world if the boys are not happy with the situation, [with] so many players available in your position. If the players lose confidence in these moments they don’t start, you have a problem.

“How I understand it, if you come on, you have to do exactly what they did in the end against Inter.”

With rapid-fire games to come, one or two injuries no doubt likely to be picked up and lots of silverware to play for in the coming weeks, the rotations will keep on coming – and so the names of the players called off the bench to turn the game may well change too.

It’s on Klopp to keep getting the best out of the squad, and on the players themselves to show they can be matchwinners whether starting or not.