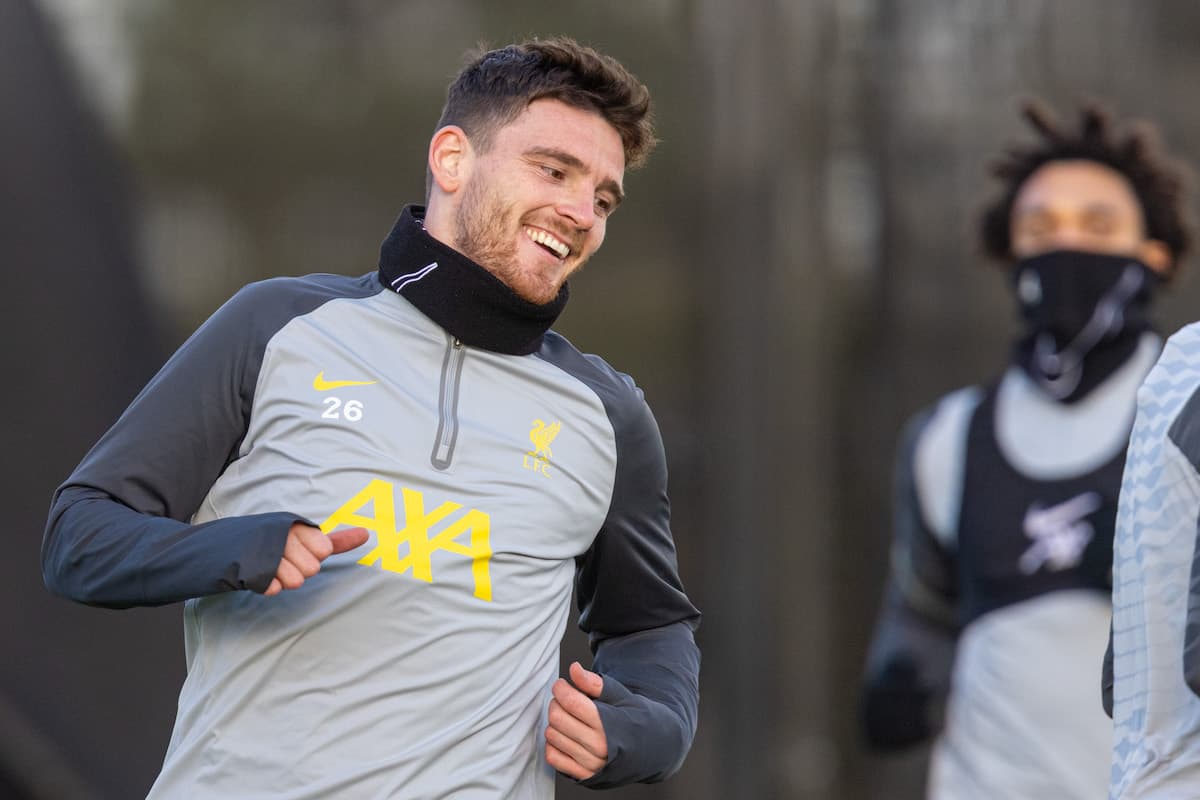 Andy Robertson has been given a boost after missing Liverpool’s last game due to COVID-19, with the left-back due to pick up minutes ahead of the visit of Watford.

“Robbo is ill,” Jurgen Klopp explained ahead of the FA Cup quarter-final win over Nottingham Forest. “It finally got him as well.”

While it was initially unclear whether Robertson had tested positive for Covid, it was later confirmed that he, as with James Milner earlier in the month, was in isolation.

That was expected to rule the 28-year-old out of Scotland’s friendlies against Poland and Austria, particularly as he was absent ahead of the former.

But Robertson was back in training with his national team on Monday, having been cleared to return, and manager Steve Clarke has confirmed he is “100 percent” in contention.

“Yes, 100 percent. Both boys are good,” he told reporters when asked about the availability of Robertson and QPR striker Lyndon Dykes.

Typically, it would not be seen as a positive that a player like Robertson would be used in an international friendly, with so much riding on the next two months for Liverpool.

But given his lack of action over the past fortnight, his involvement against Austria could be a useful exercise as he regains match fitness.

Liverpool are next in action on Saturday, with a lunchtime kickoff at home to Watford, and though Kostas Tsimikas is available in reserve, Robertson can be expected to start. 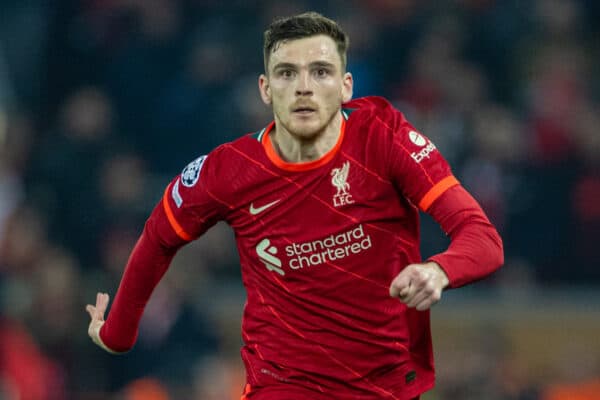 And Clarke, who previously worked as first-team coach at Anfield, has insisted there would be no issues for players in his squad when it comes to managing their fitness for the run-in.

“It’s not too bad, because the game’s a Tuesday night for us,” he continued.

“It’s a Tuesday night, recover Wednesday, recover Thursday, ready to go Friday. Everyone will be fit and well for the weekend – injuries permitting, of course.”