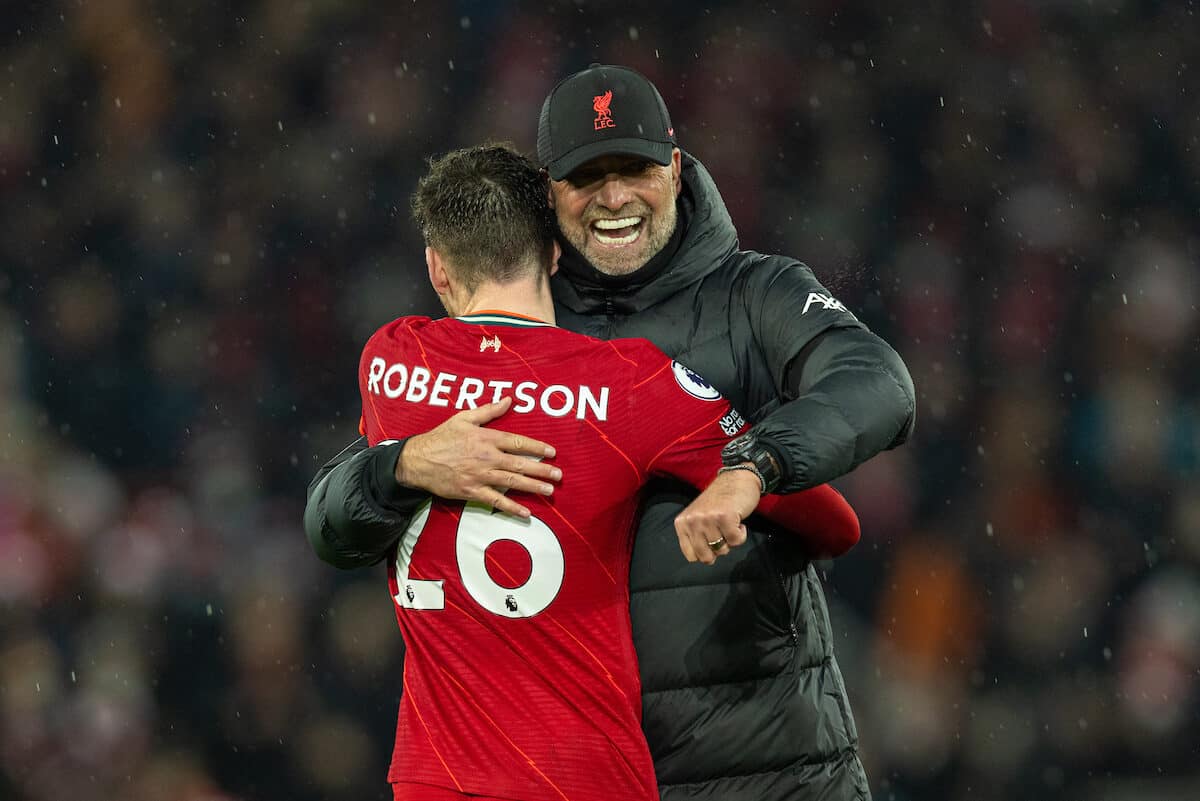 Andy Robertson insisted there was no chance of him ducking out of Scotland’s friendly with Austria on Tuesday in order to focus on Liverpool’s hectic end-of-season schedule.

The 28-year-old left-back missed last Thursday’s friendly with Poland due to illness but had no qualms about heading to Edinburgh to join up with his national team for the trip to Vienna, despite his club having some huge matches coming up as they chase glory in the Premier League, FA Cup and Champions League.

“I love playing games, I don’t want to be sitting in my house if I don’t have to be,” said the Scotland captain when asked why he made sure he was available for the game in Austria.

“I am fit and well and am looking forward to the games.

“I love coming away here, I love playing games with Scotland and meeting up with the boys. Obviously, I am captain as well. I am looking forward to hopefully another cap tomorrow and then will go back to Liverpool fresh and good to go for the run-in.

“I wanted to come and as soon as I felt better I was ready to come up. I wanted to make Thursday, but it came too soon for me. Luckily, this game was coming around and I look forward to tomorrow.”

Robertson admitted he has conversations with Liverpool manager Jurgen Klopp about how to manage his club and international commitments in a “sensible” manner.

“It is a discussion, of course it is, it is always interesting,” said Robertson.

“The manager of Liverpool supports the boys who go away on international duty, he knows how important it is for all of us.

“He wants us to be sensible of course, but he knows how important it is to us, just like every Liverpool game, and we always make ourselves available for them. He will probably be happy that I have only played one game and not two. 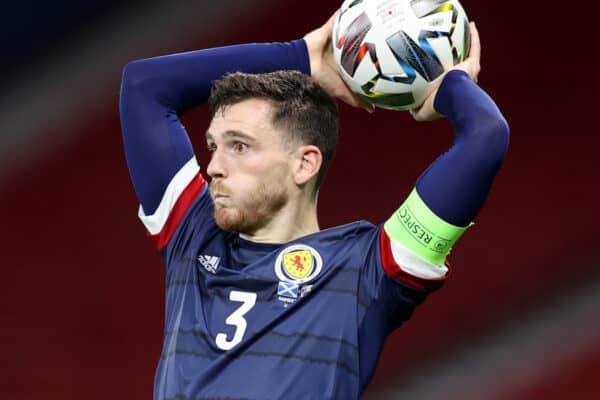 As well as chasing three trophies with Liverpool over the next two months, Robertson will then attempt to lead his country to a World Cup for the first time in 24 years if the play-off semi-final against Ukraine goes ahead as planned.

Wales lie in wait for the winners of that clash.

“It is exciting on all fronts,” said Robertson.

“Club football is extremely exciting just now. We are pushing for everything, every game is a cup final, game after game. Summer is still uncertain. We don’t know what’s happening [with the Ukraine play-off], we don’t know who we are going to be playing.

“Hopefully we will find out soon and then we can look forward to it. There is still a lot football to be played before then. We have an important game to be played tomorrow night and then we go back to our clubs. We are all fighting for something. Come June we will be ready for whatever games we have to play.”