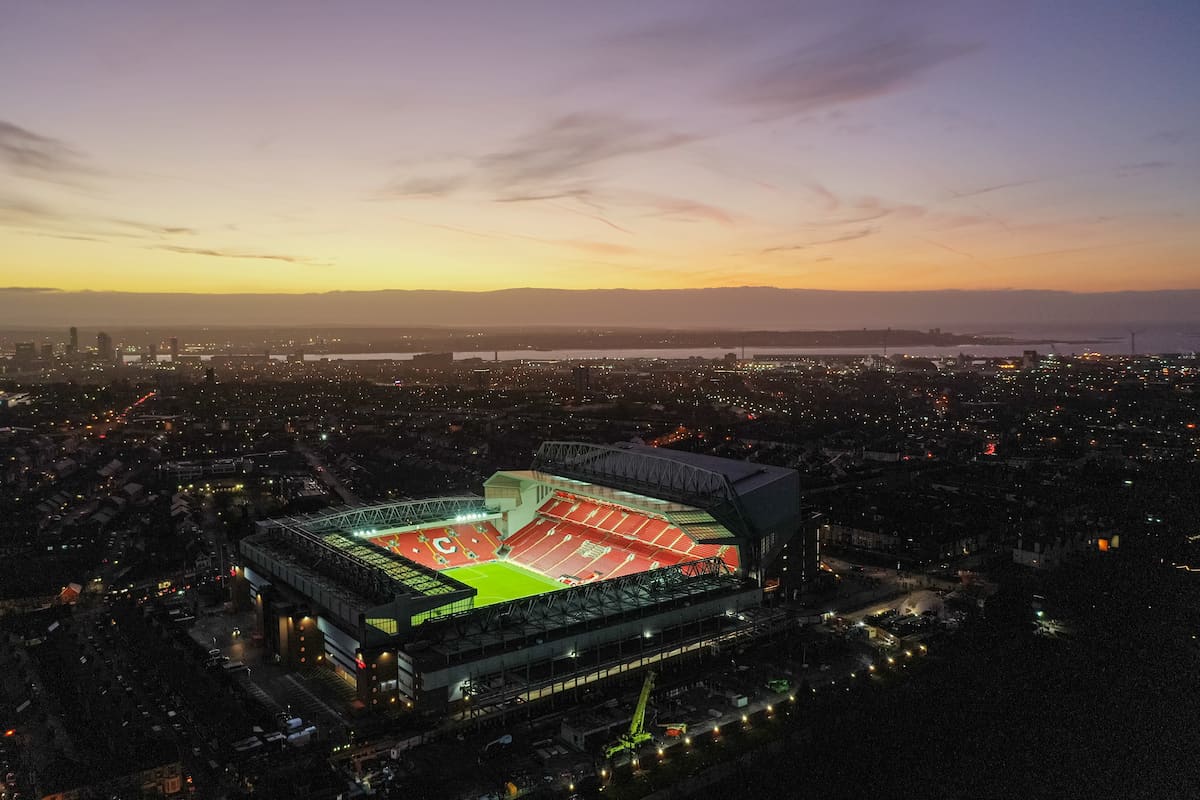 Anfield will be one of the lead venues as the UK and Ireland prepare to joint-host the Euros in 2028, with UEFA set to formally announce their decision next month.

After last summer’s Europe-wide tournament, culminating in a chaotic final at Wembley, UEFA are to revert to a more traditional setup for future Euros.

Germany are to host in 2024, while the Times report that, in the absence of a rival bid, the UK and Ireland are due to be unveiled as joint-hosts for the 2028 tournament.

The deadline for bids is Wednesday, with Martyn Ziegler reporting that unless there is a “surprise last-minute entry,” England, Scotland, Wales, Northern Ireland and the Republic of Ireland will host.

It is claimed that Turkey had considered a bid for 2028, but have since ruled that out, with it seemingly more likely they challenge Italy for 2032.

Euro 2028 is set to be the first tournament after its expansion from 24 nations to 32, but it is noted that “under UEFA’s rules for co-hosting” none of the five countries would automatically qualify.

When it comes to potential venues across England, Scotland, Wales, Northern Ireland and the Republic of Ireland, Anfield will be one of the prime candidates.

The redevelopment of the Anfield Road End is due for completion in 2023, lifting the stadium’s capacity to 61,000 to become the seventh-largest eligible venue in the UK.

Old Trafford, the Millenium Stadium, Murrayfield, the Emirates, the Aviva Stadium, St James’ Park and Villa Park are others likely to be considered to host games.

The last international fixture to be held at Anfield was England’s 2-1 victory over Uruguay in 2006, with Liverpool striker Peter Crouch scoring the opening goal.

It was one of the venues when England were sole hosts of the Euros in 1996, holding three group games between Italy, Russia and the Czech Republic, as well as France’s 5-4 penalty shootout win over the Netherlands in the quarter-finals.