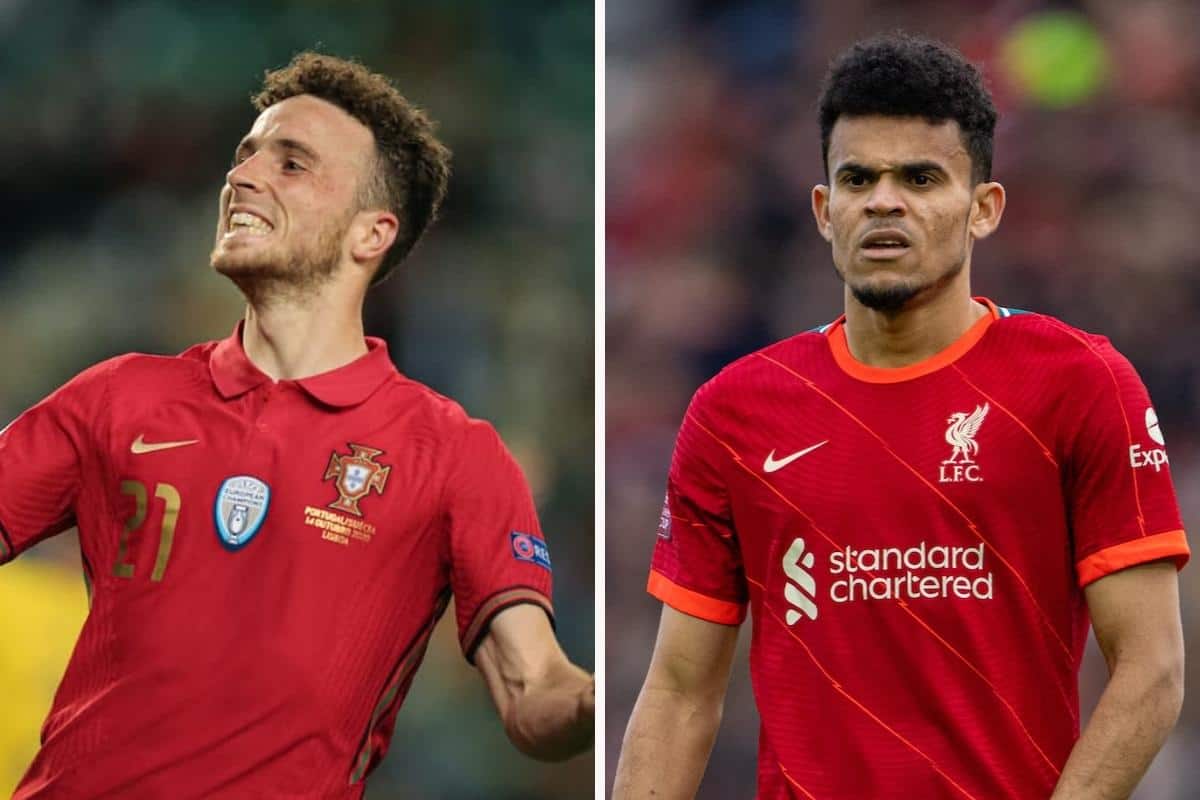 After Sadio Mane‘s Senegal had scraped past Mo Salah‘s Egypt earlier in the evening, with Mane netting the crucial winning penalty after Salah had missed his, it was Liverpool’s two other forwards in action.

Portugal hosted North Macedonia after their semi-final playoff victory against Turkey, with Diogo Jota again named in the starting lineup.

North Macedonia, who knocked out Italy in the semis, could not spring another shock as Bruno Fernandes twice found the net to send Portugal to the World Cup later this year.

Jota, starting on the left wing, featured for 77 minutes in the playoff final before being replaced having had a hand in the all-important second goal only minutes before.

And it saw him credited with an assist, a sublime one at that having curled the ball over two defenders and into the path of Fernandes, who could then finish first time when level with the penalty spot.

Liverpool’s No. 20 was not without chances of his own throughout the night having directed a header over the crossbar before then finding the side-netting.

In the end, the 2-0 win was enough for Portugal to seal their spot at the World Cup as a seeded team in Friday’s group stage draw. 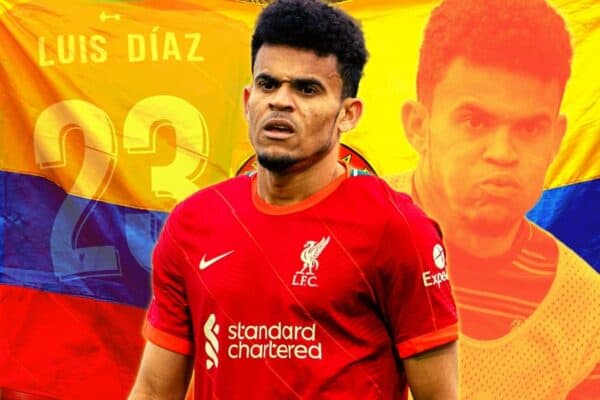 For Luis Diaz, there would be no celebrating a second chance in the race for a spot in Qatar as Colombia missed out on the sole inter-confederation play-off spot by a single point.

The permutations were clear, Colombia had to overcome Venezuela while simultaneously hoping Peru dropped points against Paraguay.

But while Diaz’s Colombia held up their end of the bargain thanks to James Rodriguez from the penalty spot in a 1-0 win, Peru’s 2-0 victory signalled the end of their World Cup dreams in 2022.

Finishing a point adrift of the second chance and three points off the automatic positions, it ultimately came down to a run of seven qualifiers without a goal for Reinaldo Rueda’s side.

What it means for Liverpool is that both Diaz and Salah are to play no part in Qatar, allowing for a timely break and involvement in potential friendlies to keep the team ticking over.