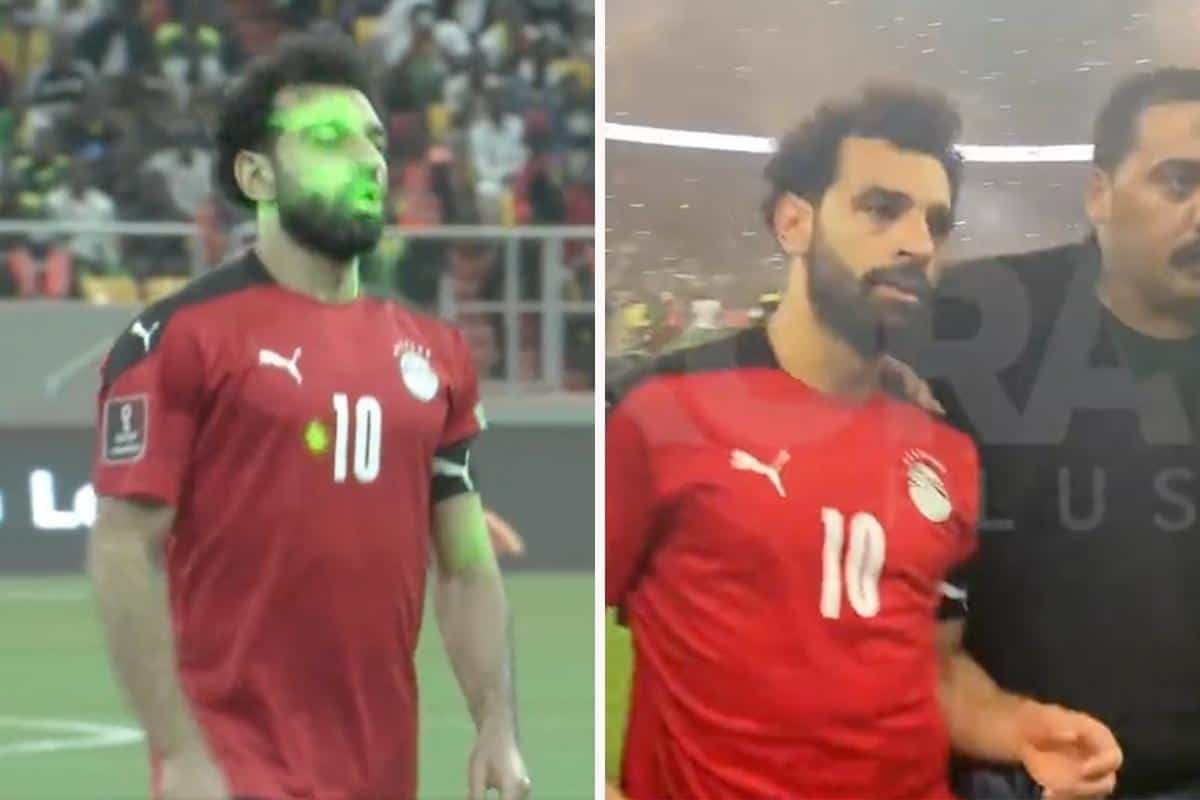 The Egyptian FA have said its players, Mohamed Salah, in particular, were subject to racist abuse and dangerous missiles thrown at their players and the team bus during the World Cup qualifier.

The juxtaposition of euphoria and heartbreak was present on Tuesday night as Sadio Mane‘s Senegal sealed their spot at the 2022 World Cup, while Salah’s Egypt was left with heartbreak.

The match was won via a penalty shootout, as it was in the AFCON final between the two teams, after 210 minutes of action ended with an aggregate score of 1-1 across the two play-off finals.

Salah’s effort flew over the crossbar before Mane dispatched the winning penalty with Senegal earning a 3-1 victory in the shootout.

What have those Senegal fans in that section of the stadium gained from this? In the game there was a banner written "[email protected] You Mo Salah" what is this hate towards Salah? He literally has not done anything wrong. So sad! #SENEGY pic.twitter.com/y5wAbOFuDX

Throughout the second leg on Tuesday, Egypt’s players, primarily the goalkeeper, had green lasers directed at their faces and it continued throughout the penalty shootout.

And once Senegal were confirmed as winners, Salah had to be escorted off the pitch by security and had various objects thrown in his direction as he went down the tunnel.

The Egyptian FA’s statement claim that “bottles and rocks” were thrown at players during the warm-up and also at the team bus, while also distressingly reporting racist abuse.

An official statement released by the Egyptian FA read:

“The Egyptian team was subjected to racism after the appearance of offensive banners in the stands aimed at the players, specifically Mohamed Salah,” the statement said.

“Moreover the Senegalese fans terrorised the Egyptian players by throwing bottles and stones at them during the warm-up, as well as attacking the Egyptian team bus, which caused glass shattering and some injuries, which was documented with pictures and videos attached to the complaint.”

Fifa’s disciplinary body is to analyse reports from the game before deciding on any subsequent action.