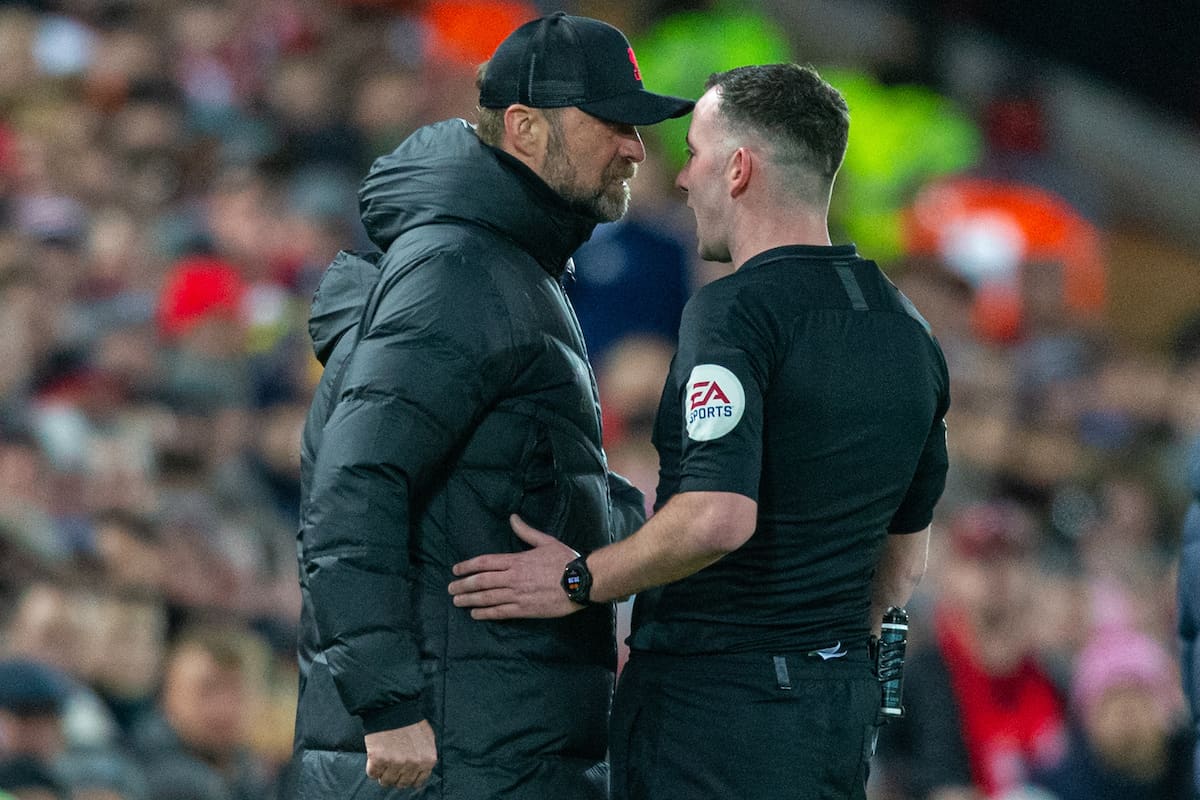 Jurgen Klopp is one of five Premier League managers to back a major change in the use of VAR at their latest meeting, after a series of issues this season.

It has become abundantly clear that VAR, or more specifically the officials employed to use the technology, is not working in its current state in the Premier League.

Since its introduction, video assistance has only complicated matters, particularly when it comes to offsides, handballs and other penalty decisions.

Liverpool are not alone in being heavily impacted this season, and according to the Mail, a number of managers raised issues with the standard of officiating in the English top flight in the latest Premier League meeting.

Representatives from the 20 clubs spoke to Mike Riley, general manager of English match officials, and aired their concerns.

According to the Mail‘s Mike Keegan, Klopp was joined by Frank Lampard, Ralf Rangnick, Graham Potter and Dean Smith in requesting “dedicated VAR officers” in the future.

“They want to see intensive training and those with the correct skillsets chosen to operate the system, following question marks over its performance,” Keegan explained. 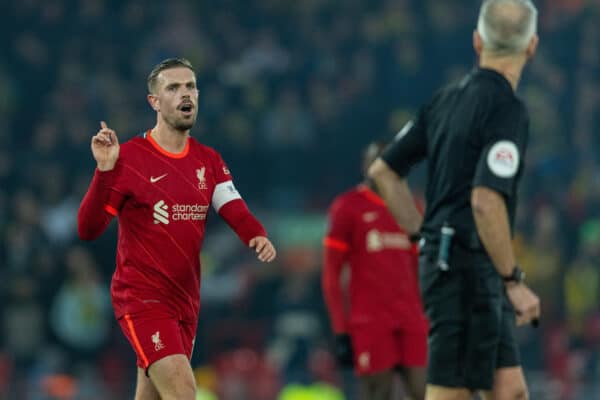 Furthermore, a review of the terminology ‘clear and obvious’ – which is a subjective basis upon which VAR is utilised – was also on the agenda.

Other issues raised were the use of delayed offside flags, a matter that has proved hugely controversial with players and fans alike, along with the ability to speak to referees after games, which is to be reintroduced with COVID-19 rules relaxed.

Keegan’s headline is focused on a strange request from Rangnick, however, that would see referees train alongside Premier League clubs in order to “get to know them, rather than only seeing them during matches.”

“His view was backed by the rest of the room,” he adds, “who agreed that refs should be given access to the elite-level facilities at Premier League clubs.”

Any changes would be brought in from next season, though it is questionable whether a closer relationship with players would allow the officials to maintain objectivity. 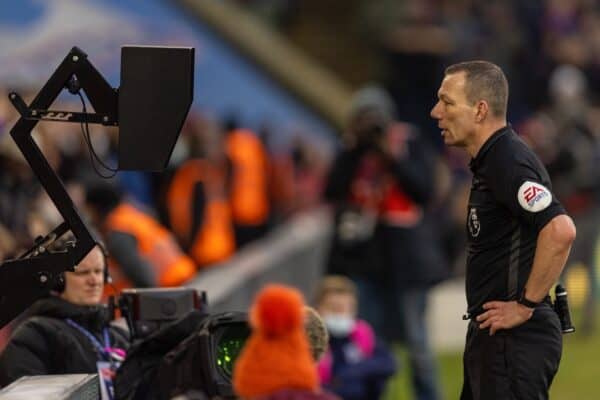 There are already instances of clear bias at play, which is natural despite the role, but developing bonds with certain clubs could lead to more subconscious favouritism.

On the other hand, the introduction of VAR officials, rather than the same group of referees sharing every role, could have the opposite effect.

Having a number of officials solely operating in the VAR booth could avoid those biases due to interactions with players and managers impacting decisions, and should, in theory, increase accuracy.