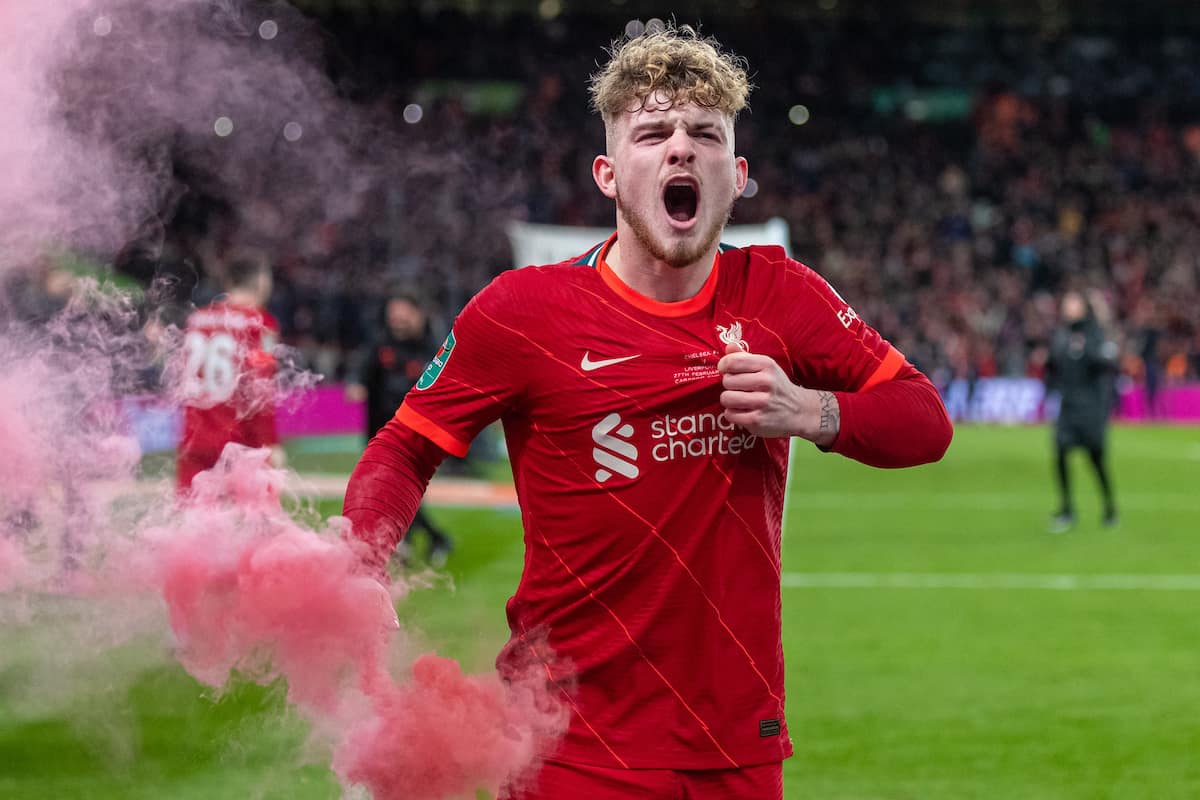 Jurgen Klopp has assured Harvey Elliott “will not do it again,” after being contacted by the FA over his celebration with a smoke flare following the League Cup final.

Though smoke flares are commonly seen being thrown onto the pitch at football games – and can lead to some iconic photography – they are banned from all stadia in the UK.

But in the celebrations after Liverpool’s penalty shootout win over Chelsea on Sunday, Elliott took one from a supporter and held it as he roared towards the travelling Kop.

It made for a big moment, but the 18-year-old was soon written to by the FA to ask for his ‘observations’ on the incident, which effectively serves to rebuke him for his involvement.

And speaking at his pre-Norwich press conference, Klopp reflected on the situation, and though he insisted it was not “the worst thing that ever happened,” said he would remind Elliott of his responsibilities.

“Will I speak to him? Yes,” the manager said.

“Harvey is a very young man on the pitch, and outside, he’s still a little bit more of a boy. But that’s not a problem.

“He made a mistake, and because of the ‘role model’ role we have, as people working in public, I understand 100 percent [the reaction].

“I will tell him. I can promise he will not do it again.

“Do I think it was the worst thing that ever happened in the world of football? No.

“I understand 100 percent why it’s not OK, but in that moment [even] I got carried away, and I’m nearly four times as old as he is! It can happen.

“The best thing about making a mistake is if you don’t do it again, and he will not do it again.”