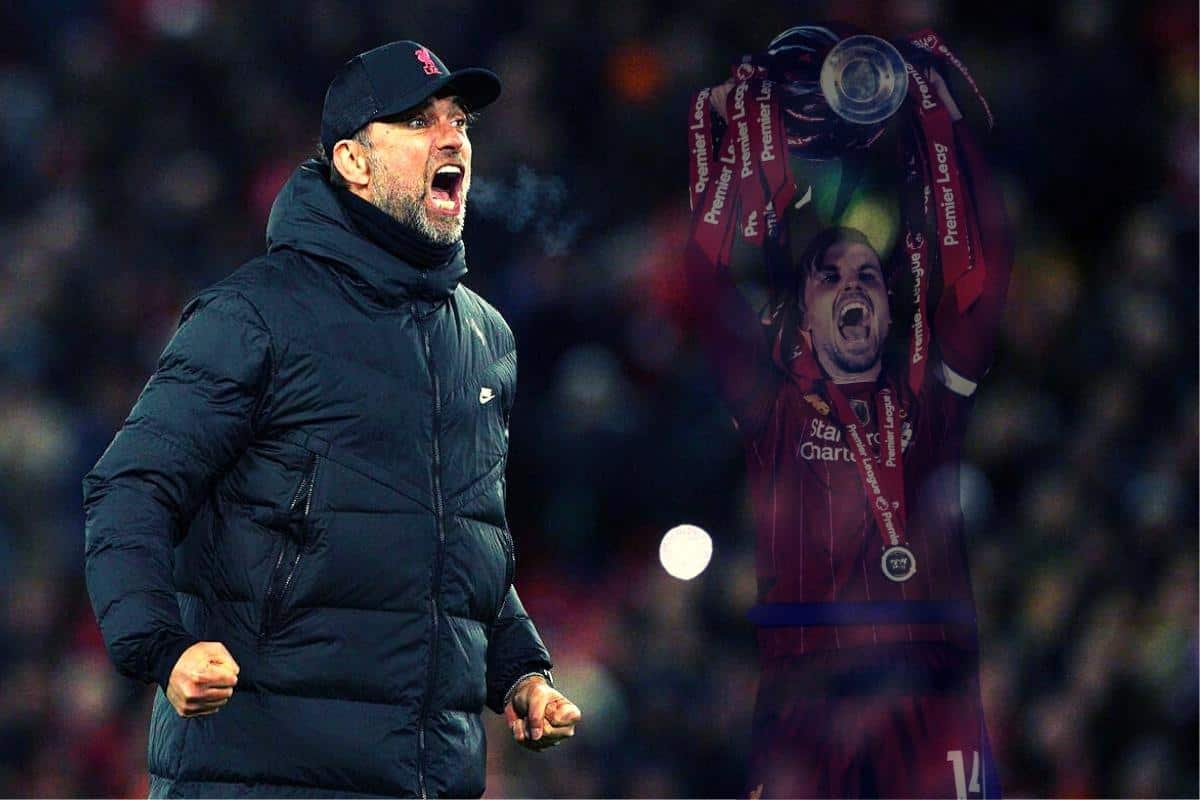 “There’s no glory in climbing a mountain if all you want to do is to get to the top. It’s experiencing the climb itself – in all its moments of revelation, heartbreak, and fatigue – that has to be the goal.”
– Karyn Kusama

It often rings true in sport that a void can be left once you reach the pinnacle of what you’re trying to achieve. If the peak of the mountain represents the end of that climb, then the 19th league title was very much our Everest.

What if nothing feels like that ever again? What if everything we achieve and every goal we score fails to replicate the high of seeing Liverpool finally conquer England for the first time in 30 years?

Jordan Henderson performing his signature pigeon steps and thrusting the Premier League trophy into the night sky marked the conclusion of a remarkable journey and three-decades-long wait that many thought would never end.

But despite the emotion, from a misty-eyed Jurgen Klopp to a slightly inebriated Kenny Dalglish, the summit was never quite how we’d pictured it.

Watching a title run-in from the confines of our living rooms became a concept that we had to quickly get on board with when the world stopped for the best part of three months, and after being starved of any external form of stimulation the prospect of watching Liverpool edge towards glory, albeit behind closed doors, was one that made us feel alive once more.

The tinges of regret that nobody outside the club was able to witness the crescendo in the flesh came in the weeks that followed.

There was no parade as there had been 12 months earlier, the trophy lift (while mesmerising given the circumstances) had one inescapable missing ingredient.

The venue where the Reds were officially crowned champions would have featured no supporters of a Liverpool persuasion regardless of the global situation, as Willian calmly swept the ball past Ederson at Stamford Bridge to put matters beyond mathematical doubt.

Once the dust had settled, the attention of everyone associated with the club naturally turned to what came next. 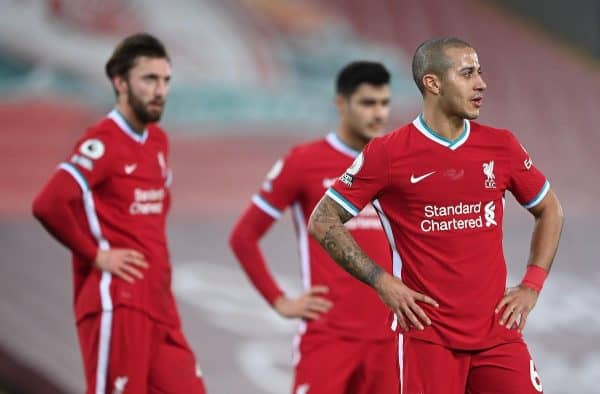 A disappointing 2020/21 campaign meant Liverpool were forced to surrender their league title quicker than any of us were able to catch our breath.

There was no parade and no big night out.

Just an underwhelming, monotonous season behind closed doors which culminated in Guardiola’s City snatching back what we’d longed for for so long.

What all of this does present, however, is a unique opportunity to right all of the wrongs in perhaps the greatest way imaginable.

The 19th league title might not have provided us with the months of celebration we were hoping for, but number 20 has the potential to be the biggest of them all.

As we strap ourselves in for yet another two-way tussle for the title, in a league season that looked dead and buried less than two months ago, there has quite possibly never been a more exciting time to be a Liverpool fan.

The 2021/22 campaign has afforded us a reset and the chance to compete for the biggest prize in English football in the manner for which it was designed, something which could elicit a let-off worthy of both the league titles combined.

There’s a trophy already in the cabinet, three more to play for as we head for the home straight and our neighbours across Stanley Park are edging closer and closer to a potential spot of bother.

If you’re not enjoying yourself in times like these now might be a good point to search for another hobby.

Many look back at Mo Salah’s winner against Man United at Anfield in January 2020 as the moment they allowed themselves to embrace that the league was finally ours, but being unable to officially cement it in the traditional sense felt remarkably cruel, on the players as much as anybody, given the domination we had witnessed.

At the beginning of the 2020/21 campaign, Klopp produced one of his trademark motivational one-liners when discussing Liverpool’s first title defence in 30 years.

“We will not defend the title, we will attack the next one.”

Of course, that assault didn’t go how any of us pictured it, but the soundbite was a fascinating insight into the winning mentality of the German that has been infectious across the entire squad.

Picking yourself up and going again, particularly after the most brutal of setbacks, can be one of the most mentally gruelling challenges in all of sport.

This group of players has shown time and again that this sort of resilience is precisely what they are capable of and then some.

“John, you’re immortal now!” were the words that the late Bill Shankly was said to have uttered to Jock Stein following Celtic’s European Cup triumph in 1967.

It probably wouldn’t be too much of a stretch to presume that the great man would have extended those same sentiments to this current crop following the outstanding achievements of the past few years.

A 20th league title, one that can be celebrated as a collective and that sees us draw level with our friends from a few miles down the M62, would secure the likes of Jordan Henderson’s place among the true greats of this football club, even more so than before.