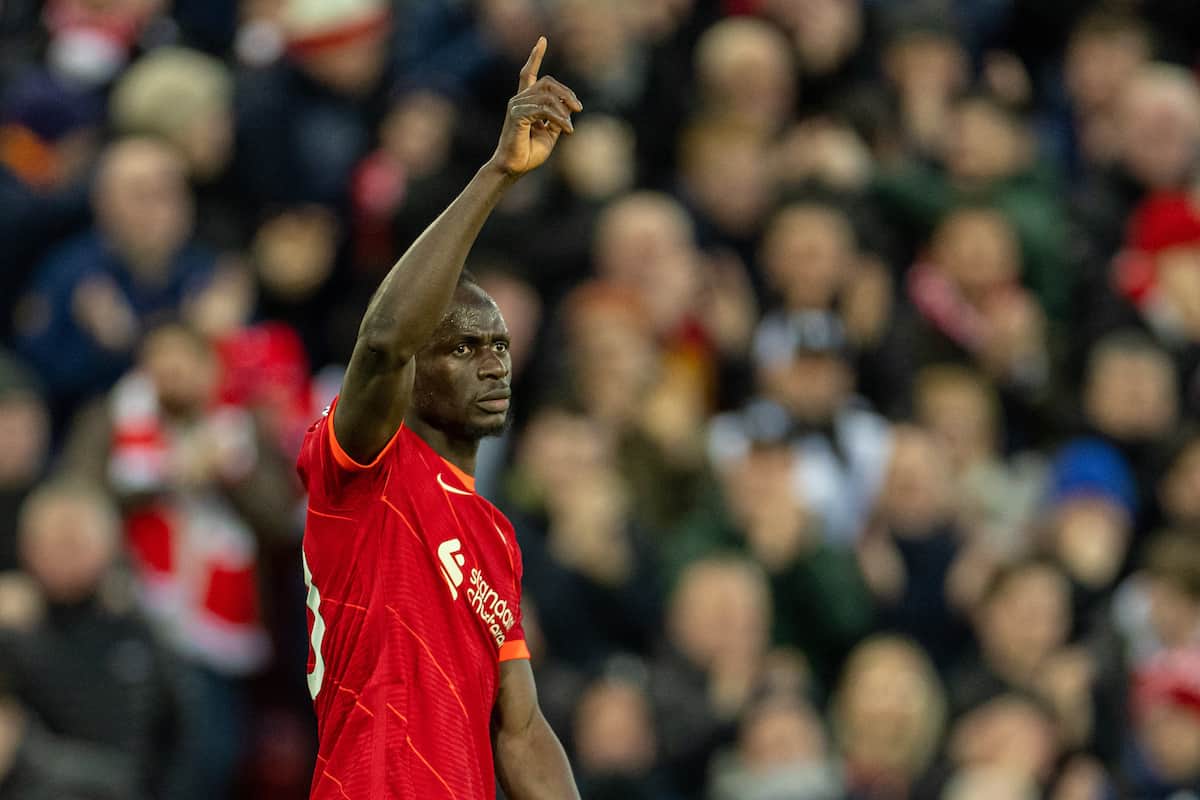 Liverpool scored early and were able to battle throughout as they sealed a 1-0 win over West Ham on Saturday, keeping up the pace in the hunt for the title.

With another eight changes to his side from midweek, Jurgen Klopp saw Liverpool start fast and furious at Anfield, and almost went ahead in the second minute after Trent Alexander-Arnold released Mo Salah with a quick free-kick.

Though the bullish Michail Antonio was a constant threat up against Ibrahima Konate, the Reds should have established a lead long before they did. 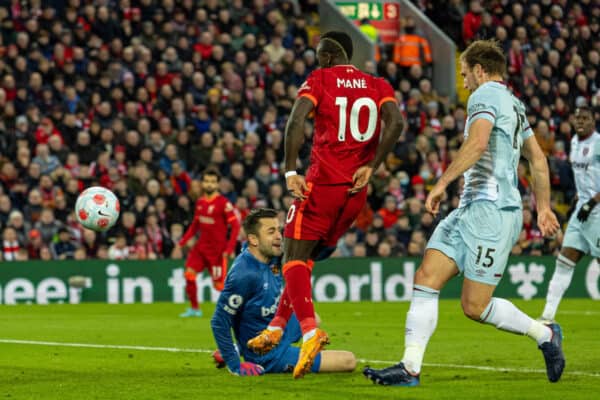 But it eventually came just before the half-hour mark, with Alexander-Arnold’s low, drilled cross-shot touched in by Sadio Mane, scoring his sixth Liverpool goal against the Hammers.

Luis Diaz was a livewire throughout, and having dazzled the West Ham defence before being brought down by Kurt Zouma one minute, he saw an effort cleared agonisingly off the line the next.

At the other end, Alexander-Arnold was twice required to clear off the line after the offside trap was beaten, in a rare lapse from the Reds’ defence.

West Ham were dealt a blow early into the second half, with Jarrod Bowen helped off with an injury, receiving a pat on the head from an admiring Klopp as he reached the technical area.

Diaz continued to shine on the left, and went close with a placed effort from outside the box, while Salah found himself routinely frustrated as he cut inside to trouble Lukasz Fabianski.

An awful miss from Manuel Lanzini served as a shot in the arm for Liverpool as they pushed to extend their lead, with Diaz almost laying on a chance for Salah with a surge towards the byline. 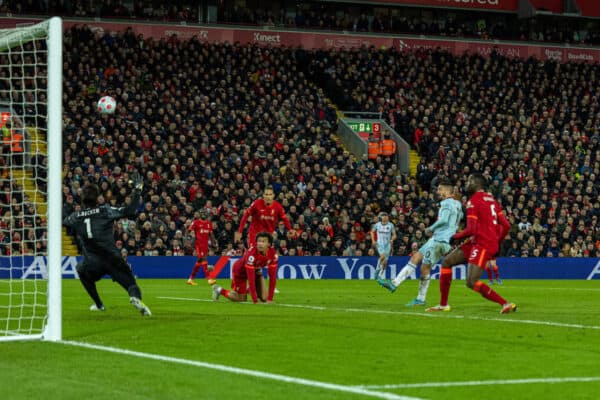 That proved to be Salah’s last touch of the game, with Diogo Jota sent on in his place, to change the dynamic of the attack and ultimately fight for a vital three points.

Liverpool were able to do so, with this victory piling the pressure on Man City ahead of the Manchester derby at the Etihad on Sunday.