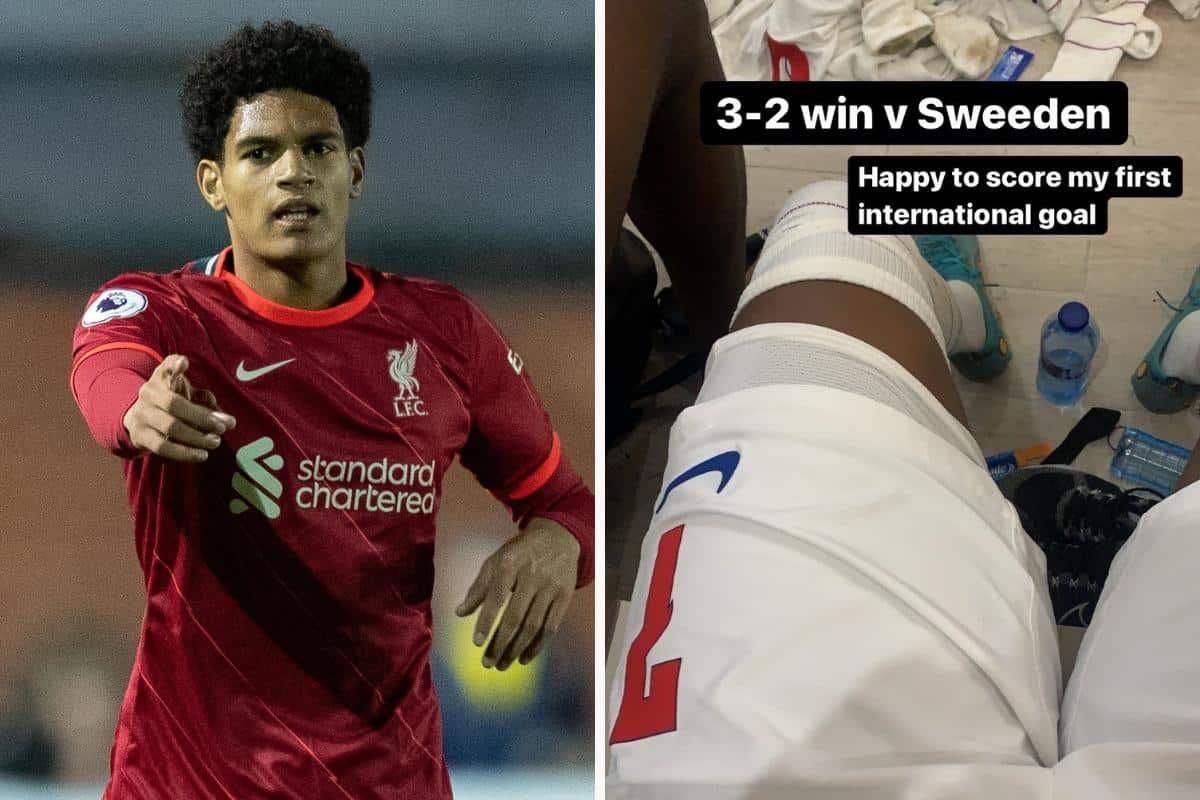 Liverpool centre-back Jarell Quansah turned in an influential display for the England under-19s, a day after Isaac Mabaya’s debut goal for the under-18s.

The March international break saw 12 youngsters called up to the England youth ranks, including the late inclusions of James Balagizi and James Norris to the U19s squad.

It is their Liverpool under-23s team-mate Quansah, however, who has received the most exposure so far this month, with the 19-year-old from Warrington making two starts in two games.

After playing the full 90 minutes in a 3-1 win over the Republic of Ireland on Wednesday, the young defender was back in the side for the next U19 Euro qualifier against Armenia.

Quansah turned unlikely provider after just six minutes as he teed up Tottenham‘s Alfie Devine for the opener, having just gone close himself.

He found the back of the net after the break, however, with a powerful header making it 3-0 on the afternoon, as England went on to enjoy a 4-0 victory.

The youngster, who is also eligible for Scotland, Ghana and Barbados, is not the only Liverpool academy player to score for England this month, either. 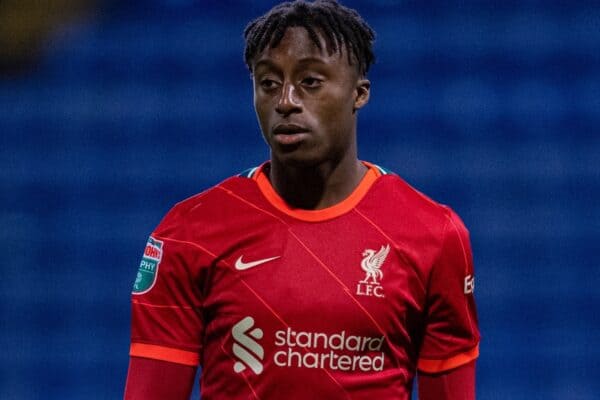 Earlier in the week, Mabaya, the versatile 17-year-old who has become a key fixture for the young Reds this season, netted on his debut for the England U18s.

It served as the opener in a 3-2 win over Sweden, with Mabaya firing in low after an earlier shot was blocked, in a game that also saw Oakley Cannonier force an own goal.

Elsewhere, Harvey Elliott started on the right wing and played a vital role in the opener as the England under-21s thrashed Andorra 4-1, with Curtis Jones coming off the bench.