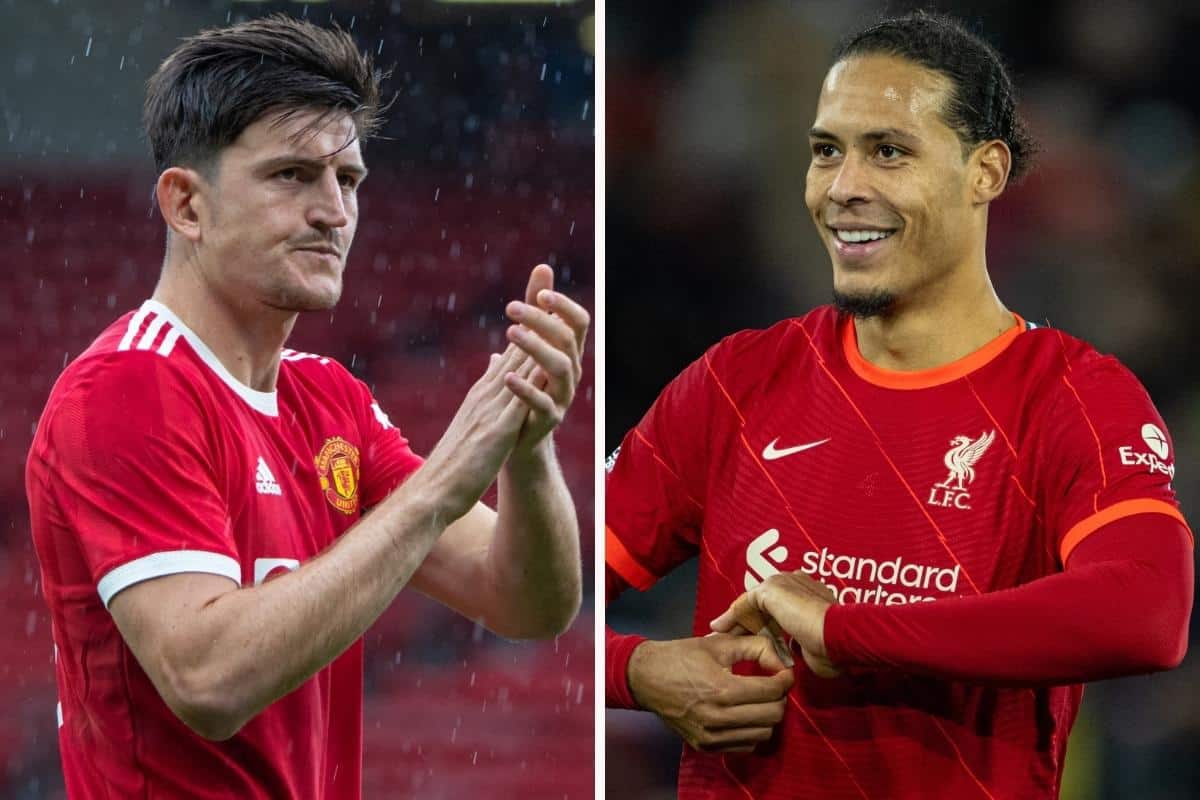 With Harry Maguire floundering once again in Man United‘s 4-1 loss to Man City on Sunday, Liverpool fans have unearthed a dreadful prediction from his team-mate.

United were humiliated at the Etihad, with Maguire adding another glaring error to his showreel as he allowed David de Gea’s save to dummy through his legs in the buildup to Kevin De Bruyne’s second.

It came after a report from the Times that there was growing concern in the United dressing room over Maguire’s continued selection.

An £80 million signing from Leicester, the centre-back is in danger of becoming an albatross for a club in desperate need of a rebuild but, seemingly, in no position to implement one.

But in the wake of the Manchester derby, Liverpool fans spotted a dreadful prediction from United goalkeeper Dean Henderson from back in July, in which he compared Maguire to Virgil van Dijk.

“How can you doubt Harry Maguire? Nobody can doubt him,” the goalkeeper asked talkSPORT.

He later added: “I’d put him in the same category as Virgil van Dijk, and I’ll be proven right in the next couple of years, because he’s only going to get better and better.”

Ongoing comparisons between Maguire and Van Dijk have largely stemmed from the similar fees paid for them, and the fact they both play in the same position for rival clubs.

But the England international’s continued struggle with United has left Liverpool fans baffled by the situation:

No wonder Dean Henderson's career has never blossomed.. You can't say something like this and hope to make it in life… #maguireout #maguire #MUFC #LFC pic.twitter.com/xltS3bcZCl

Amazing to think that Manchester United paid more for Harry Maguire than Liverpool did for Virgil van Dijk. I mean think about that. Crazy.

Harry Maguire would be 6th choice centreback at Liverpool. It’s obvious he’s not in the same league as van Dijk, Matip, Konate and Gomez (it’s not even open for debate), but he also wouldn’t start ahead of Nat Phillips either…
They paid £80m for him!! ?

Harry Maguire was signed in 2019 for a British Record of £80m and has conceded 102 Premier League goals for Manchester United.

Virgil Van Dijk was signed in 2017 for a then British Record of £75m, has conceded 83 goals in 4 full seasons and has NEVER lost at Anfield.

Elsewhere in his interview, Henderson attempted to justify his claim that Maguire would prove his doubters wrong.

“He plays every single game for Manchester United, the biggest football club in the world and no matter what he gives his best,” he said.

“Unfortunately you can’t play outstanding in every game because nobody is perfect, but Harry is a top centre-half.”

No doubt United fans would agree: if this is Maguire giving his best, letting his foot off the gas even slightly would be a disaster.