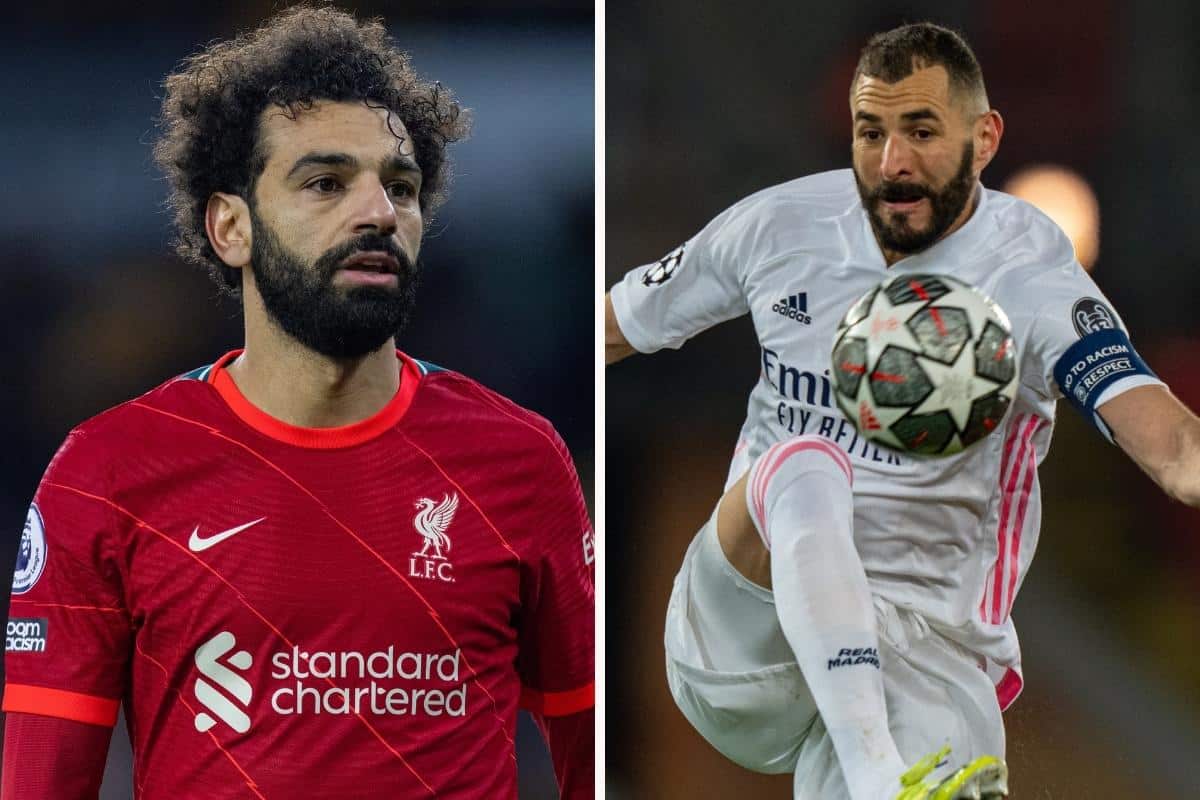 With Liverpool yet to agree a new contract with Mo Salah, who will be 31 when his current deal expires, fans believe Karim Benzema has shown why he is worth one.

Salah will see his contract with the Reds expire on July 1, 2023, which, as it stands, will mark the end of his time at Anfield after his sixth season.

However, while there has been no movement yet regarding extensions for Sadio Mane and Roberto Firmino – also due to leave in the summer after this – Liverpool are pushing for fresh terms for their No. 11.

While it cannot be described as an impasse at this stage, it is believed that one of the complications when it comes to talks over a new deal for Salah is his age and the prospect of a major payrise at this point in his career.

Salah will turn 30 ahead of next season, and by the time his contract is up, he will have celebrated his 31st birthday.

This, traditionally, would see him past the peak age for a player in his position. 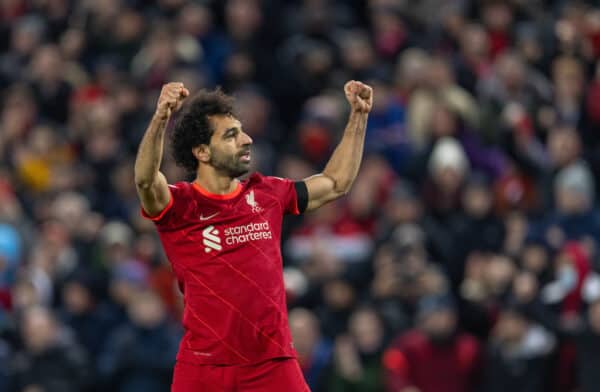 But there is evidence to suggest that Salah can play on at elite level well into his 30s, which Benzema highlighted with a star turn for Real Madrid on Wednesday night.

The Frenchman, 34, turned the game on its head with a second-half hat-trick as Real beat Paris Saint-Germain 3-2 on aggregate to book a place in the Champions League quarter-finals.

And Liverpool fans believe this – along with a hat-trick for 33-year-old Robert Lewandowski in Bayern Munich’s 7-1 thrashing of Salzburg – shows why there should be no reservations over Salah’s next contract:

And there are lads in our own fan base acting like Salah, Mane, Firmino should be sold soon because they're all 29.

Still among the best in the world.

And yet there's some who think Liverpool should sell Salah because he turns 30 this summer.

Benzema and Modric still dominating at 34 and 36 years of age but there are Liverpool fans who want Salah out because he’s 30 soon. Hilarious

Benzema’s and Lewa’s numbers are why the Salah contract makes sense. https://t.co/iKsJwg982C

Benzema and Lewandowski bossing the Champs League. Still. Salah 4 years younger than both. Give the man a new contract. He’s got his peak years ahead of him!

So Benzema is 34 and going strong. Where is the contract for Salah?

Modric and Benzema showing #FSG that age is just a number in the modern game and players over 30 can still have massive impacts on games. They’re hesitating around offer players like Mane, Bobby and Salah new deals cause they’re around 30! Be so hard to replace any of them #LFC

Salah certainly seems on course to settle into that group of evergreen, world-class players, with his remarkable consistency over the years, his relentless desire and his impeccable fitness convincing factors.

Klopp agrees that there is no set peak age, too, with the manager explaining as much last month.

“The massive advantage of an early-to-mid-30s player is he sees things in the right way, that he learned in his career, then he can still use that,” he said.

“Then he can be an even better player than he was two, three years before. So that’s the plan with all of them.

“There is no age ‘roof’. For clubs it’s different. Clubs think ‘we wouldn’t sign a 34-year-old player’ maybe, because they think ‘we cannot sell him anymore’.

“But if the player’s already in, it’s outstanding to have them around because they have experience, and if they have desire, then they have quality.”

Get that new contract sorted pronto!