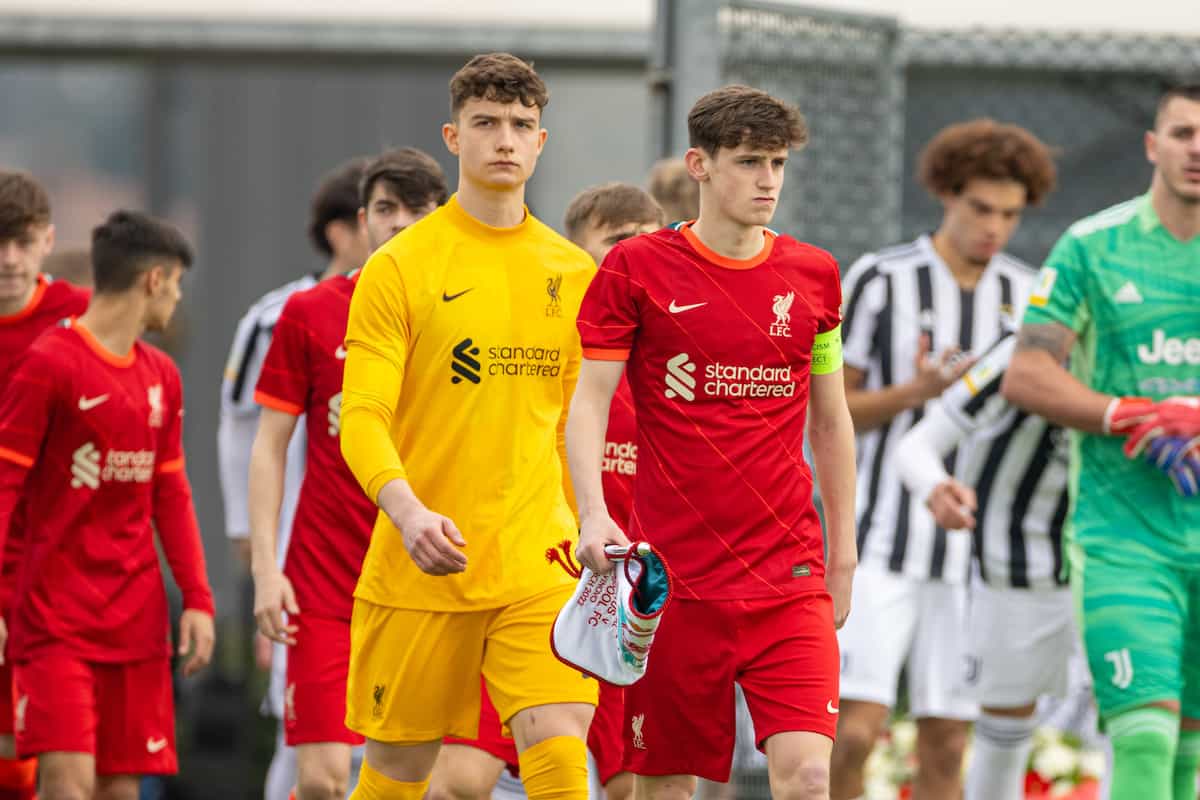 The Liverpool under-19s saw their early promise crumble as they lost 2-0 to Juventus in the UEFA Youth League, exiting Europe at the quarter-final stage.

For their one-legged tie in Turin, the young Reds were boosted by the return of Owen Beck, Conor Bradley and captain Tyler Morton, all absent from the last-16 win over Genk.

It was Liverpool who were more dangerous early on, with the right-sided tandem of Bradley and Isaac Mabaya a real threat, the former seeing his goalbound effort blocked by his own man in Oakley Cannonier.

The artificial pitch at the Juventus training ground stifled momentum throughout, while a collision with Billy Koumetio saw Liverpool goalkeeper Fabian Mrozek off through injury midway through the half. 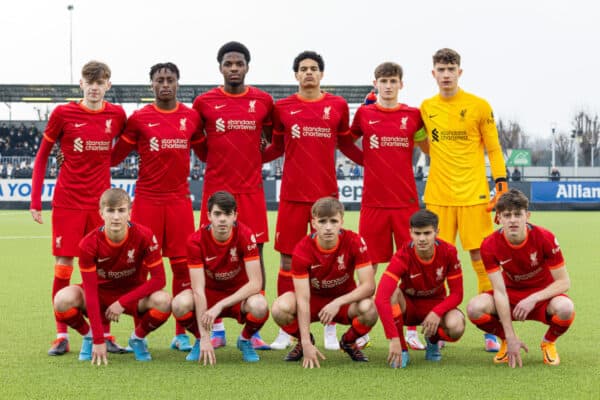 That led to a debut for 17-year-old Luke Hewitson, who impressed early on with a series of calm saves, while Gabriele Mulazzi squandered a chance for Juventus with a diving header as the opening 45 came to a close.

Juventus were dominant after the break, and were rewarded for their suffocating play with two goals in four minutes, the first from Fabio Miretti as he fired low into the bottom corner from outside the box.

The second came through Ange Chibozo, with the Beninese forward finishing well after the break, the defensive efforts of the Liverpool back line proving suspect. 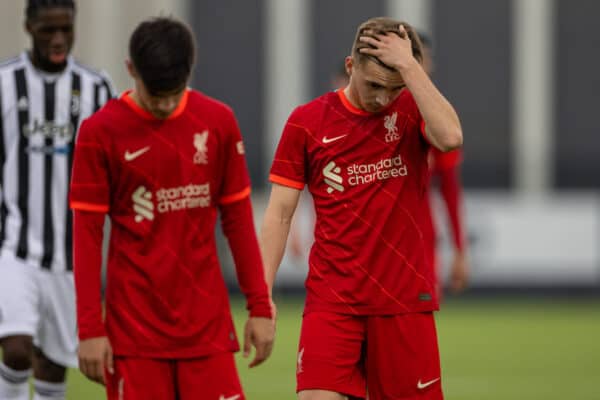 Marc Bridge-Wilkinson turned to his bench in an attempt to change the game, with Lee Jonas and James Balagizi coming on and the formation switching to a 3-4-3.

Balagizi gave some added thrust in the final third while Mabaya continued to threaten, but ultimately, Liverpool were unable to overturn the deficit and saw their chance of a European semi-final fade.