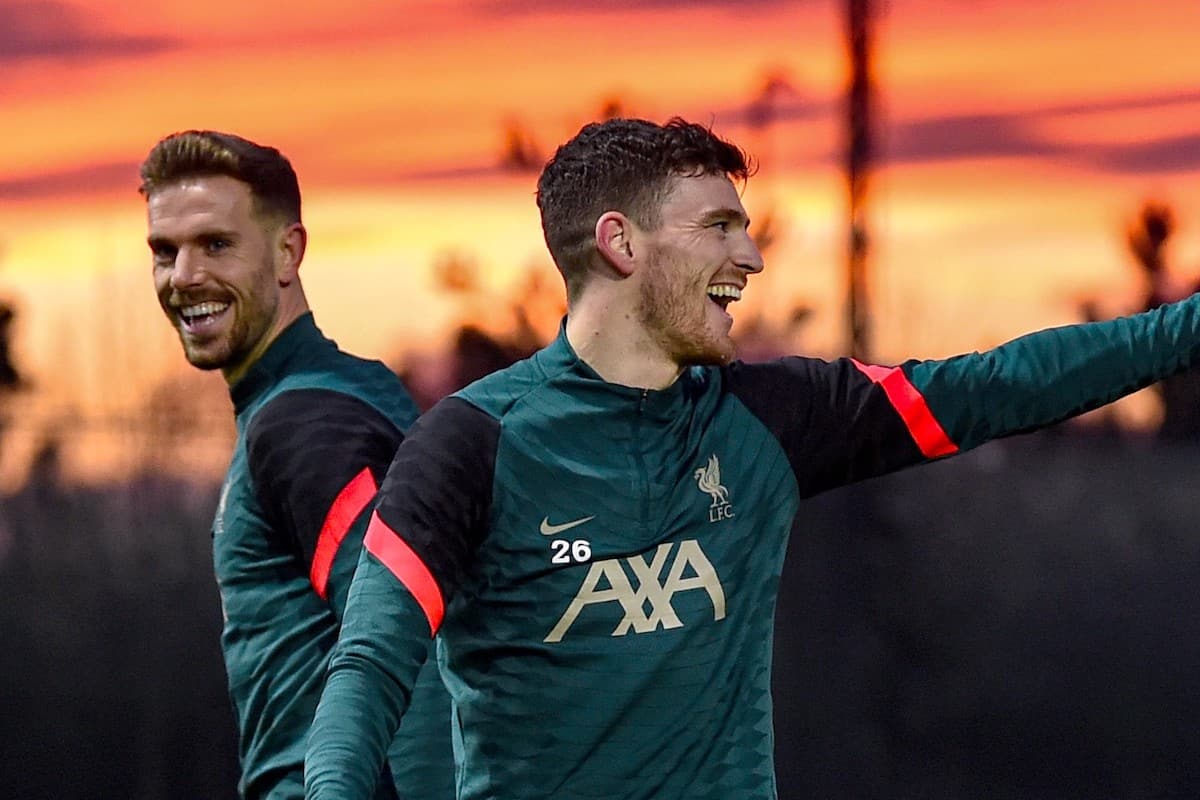 The return of domestic action sees Liverpool’s squad nicely placed ahead of a relentless run of fixtures, with only two notable absentees from the main training group on Thursday.

After a fortnight of international action, the Reds are the central focus once more as the run-in gets underway with the visit of Watford in the early Saturday kickoff at Anfield.

It’s a matchup that has plenty on the line on either end of the table, with Liverpool able to leapfrog Man City at the top, at least temporarily, with a victory.

And Jurgen Klopp will not be short of options to do just that, watching on as 23 of his regular senior figures took to the outside pitches at Kirkby on Thursday.

There was a swift return for Mohamed Salah and Sadio Mane after their taxing World Cup qualifier, as too Virgil van Dijk, Alisson, Fabinho, Luis Diaz and Diogo Jota – who all had late kickoffs on the final day of internationals. 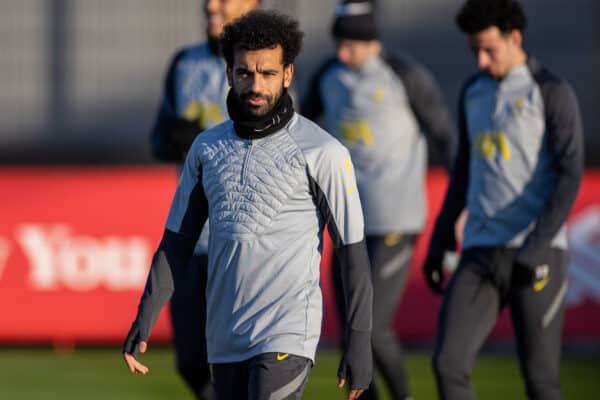 But notably, Naby Keita was not pictured with the rest of his teammates after a “minor” knee injury forced his withdrawal from Guinea’s international friendly during the recent break.

There was no suggestion he would be in doubt for Saturday’s game but his apparent absence does suggest that may be the case, although Klopp does have plenty of midfield options.

He will likely be without Trent Alexander-Arnold once more, however, with the right-back continuing his individual programme which has seen him start light work on the outside pitches.

It leaves Joe Gomez and James Milner as possible right-back deputies, with the latter back amongst the group after a Covid-enforced absence prior to the break.

Andy Robertson, who was also out due to Covid at Nottingham Forest, was able to blow off the cobwebs for Scotland on Tuesday and is back in contention with Klopp’s squad shaping up nicely. 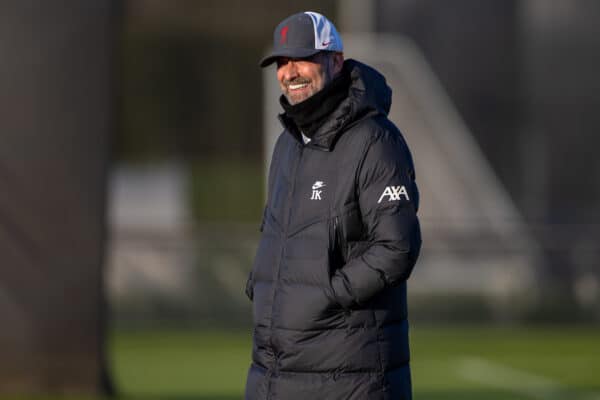