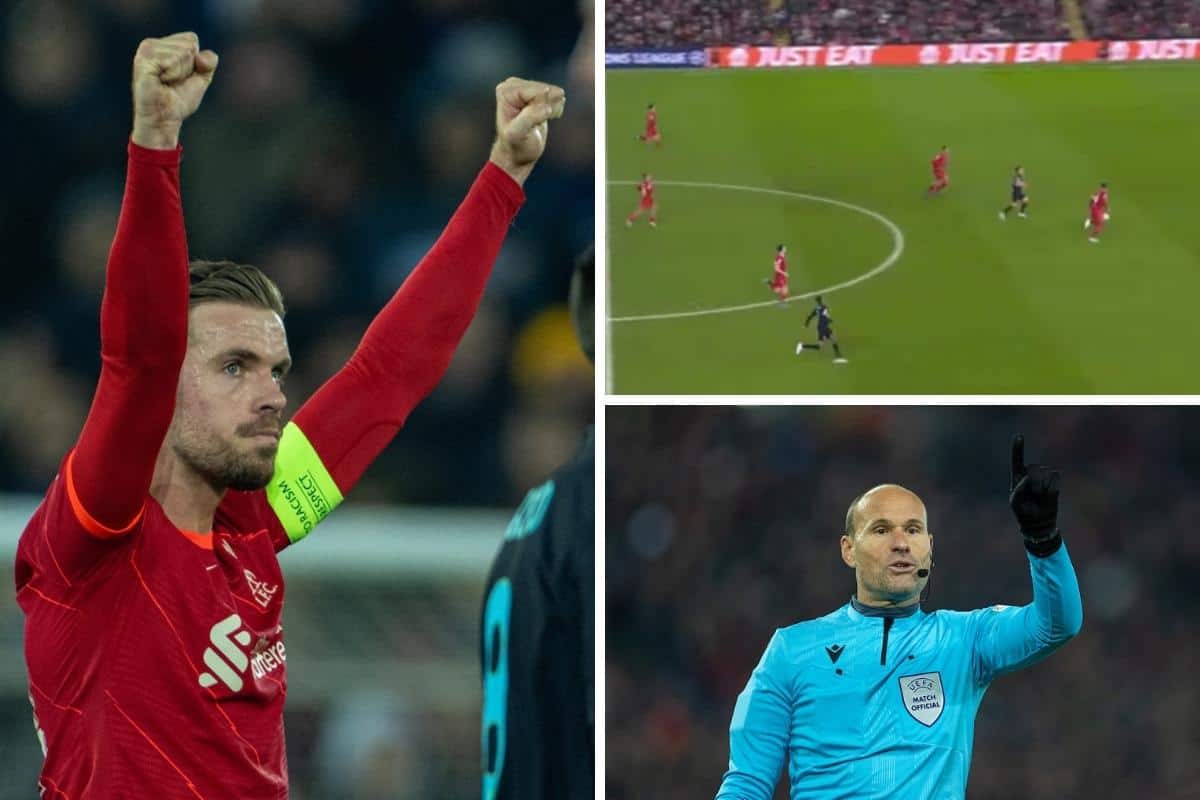 It was far from vintage Liverpool against Inter Milan but two goals at the San Siro proved enough for Jurgen Klopp‘s side as another Champions League quarter-final awaits.

The Reds had a healthy 2-0 advantage heading into the second leg at Anfield and were unlucky not to have added to their tally having hit the crossbar and both uprights on Tuesday.

Inter did their best to hinder Liverpool’s plan but a well-struck goal from Lautaro Martinez would only be a consultation in the end as the Reds saw out the night without further issue.

There was a particular thought that Klopp’s men were the lucky ones but metrics do not suggest as much, and if there was a match to lose by 1-0 it was certainly this one.

From Virgil van Dijk to maintaining perspective, here are a few talking points that remain among fans across social media.

The force of Virg 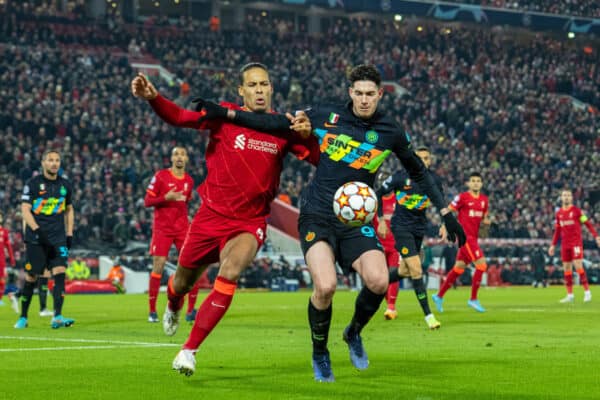 The Inter forward did score in the end with a beautifully hit shot, but much like the first leg had a clear awareness of Virgil van Dijk‘s prowess.

At the San Siro, Lautaro Martinez all but did a u-turn when in a one-on-one with the Dutchman and at Anfield, in the first half, gave up on the run before even giving it a chance.

A particular highlight in what was, after all, a scrappy game from the Reds:

Martinez has now done exactly this twice in two games against #LFC.

Van Dijk really did this against Martinez and it worked ? pic.twitter.com/3ZOS8xCwo8

Everyone just laughed when this happened hahaha https://t.co/kGDGMTELSk

In the end, though, it is probably what urged Martinez to unleash his shot for the goal as quickly as possible, with Van Dijk first trying to show him the other side.

What’s left to say about the ref…

Antonio Mateu Lahoz was the man in the middle and it was quite the showing, and not for the right reasons…

Lahoz when judging a foul pic.twitter.com/f5gclImwpe

egotistical and abysmal, just the combination you want in a referee

Nicest thing I could say about the referee there is that he gives me hope I’ll one day lift the World Cup.

To be fair to the referee, he is wearing blue so his performance really shouldn’t be a surprise.

This ref is bananas. pic.twitter.com/MhzOLSXp6I

Just when you think the Premier League takes the gong!

Everyone take a breath…

It is by no means a match that any will seek to watch again and while the end of a 12-game winning streak, but over the two legs, Liverpool earned their quarter-final place.

There will always be knee-jerk reactions but if there was any game to lose 1-0, it was this one. The Reds are in two quarter-finals and are still in the race for a league title.

Can think of worse positions to be in…one only need to look across Stanley Park.

Some shite being spouted. I didn’t worry at any point tonight that we weren’t going through. Their goal was a wonder hit out of nothing. We wasted some bad chances. Salah is miles off it. The ref may aswell of threw an Inter kit on as well ??

Inter are one of the better organised teams Liverpool have faced this season, and the stats don't do that justice to some extent, but Liverpool were still the better team.

Klopp "The art of football is to lose the right games. I hate it but if there's a game we could afford to lose then it was tonight. I'm not over the moon but I'm happy we're through" @JamesPearceLFC

?If #LFC go strong after that defeat it could be another long (strong) run pic.twitter.com/dqK2pJJaVB

We weren't good, but still, we hit the woodwork three times, they scored a worldie and barely had any other chances. Perspective needed.

These BT pundits almost making out Liverpool were lucky to go through, predictably.

We were never going to win every game from now until the end of time so that really wasn't a bad one to lose. Up the reds.

A lot of words are being written about Liverpool just missing a bunch of chances for the first time in ages. It's nothing, it happens.

It’s all about perspective. Up the Reds!