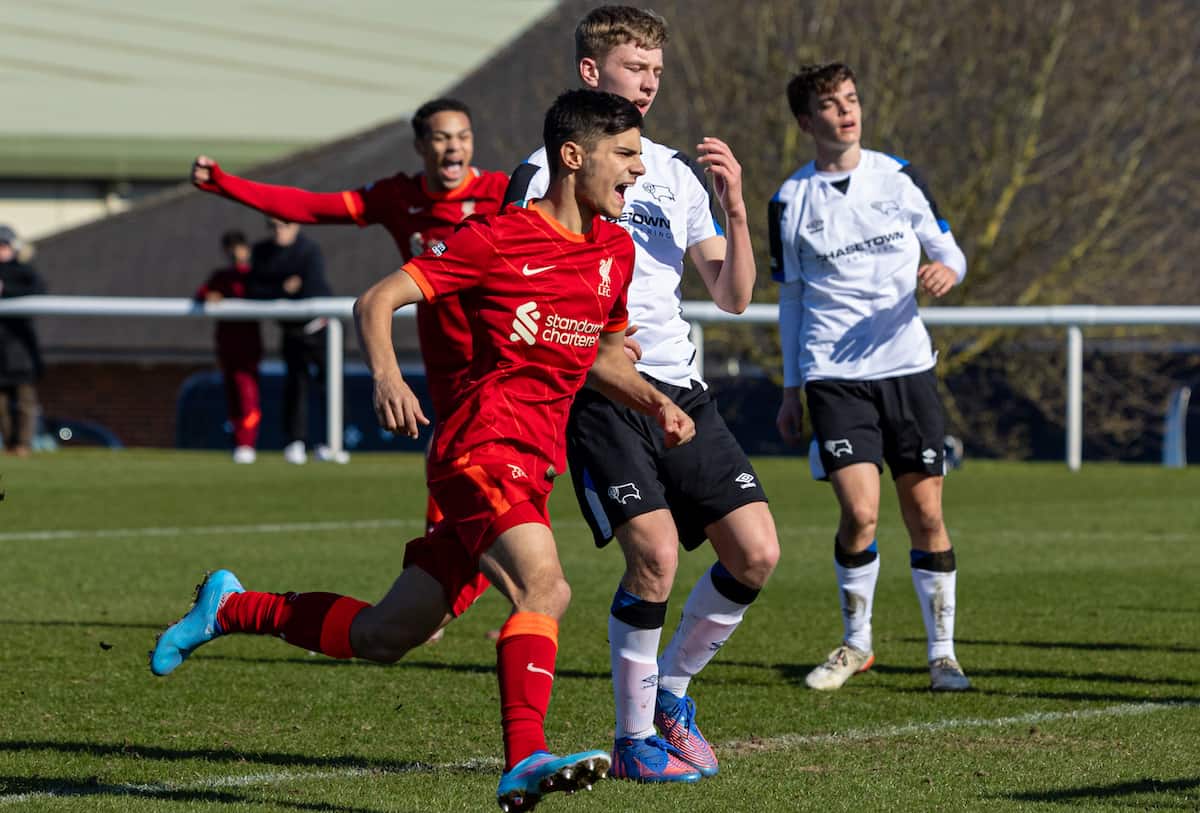 Oakley Cannonier was again in the goals for Liverpool under-18s in a frustrating 1-1 draw at Derby, with the Reds coming from behind to pick up a point on the road.

After a midweek disappointment in the UEFA Youth League at Juventus, four of the youngsters to feature were back in domestic action at Derby on Saturday afternoon.

Lee Jonas, Isaac Mabaya, Oakley Cannonier and Luke Hewitson were the quartet, with the latter handed his debut in under-18 league action following an injury to Fabian Mrozek in Italy.

And it was his goal that was, surprisingly, breached first after a mistake from Terrence Miles allowed Olamide Ibrahim to run through the middle and slide his shot through Hewitson’s legs.

The 17-year-old was then quick off his line as a similar break from Derby threatened a quickfire double, with his touch on the ball enough to see the hosts’ penalty calls waved away. 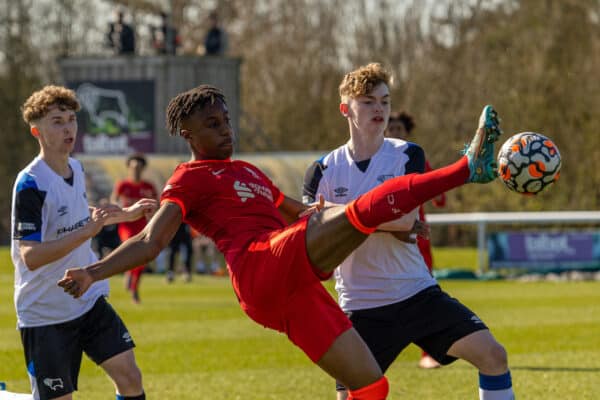 An opportunistic lead that Marc Bridge-Wilkinson’s side were to rue at half-time having dominated possession, territory and the game’s best chances.

Luca Stephenson was at the heart of much of Liverpool’s work thanks to his assuredness in midfield, while Callum Scanlon was a consistent threat on the left, with brilliant deliveries left unconverted.

Cannonier, Harvey Blair and Bobby Clark all had opportunities in the first hour, including a confident attempt at a bicycle kick from the former.

Miles then nearly made up for his costly early mistake, but his dinked effort was saved and the follow up from Jonas rolled agonisingly across the goal mouth and out of play. 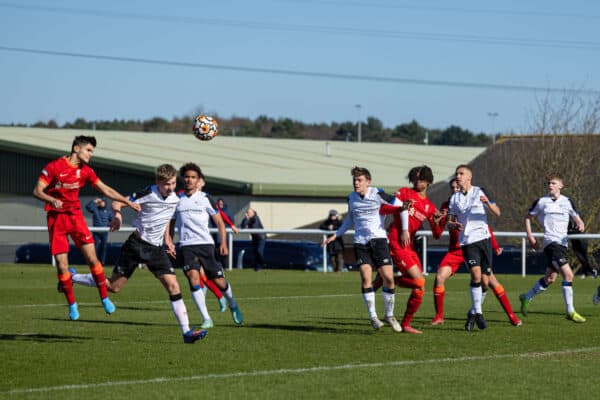 It came as part of a period of sustained pressure and if one was to bet who would get the Reds back on level terms, you’d not look far from Cannonier – and he did not disappoint.

Stephenson supplied the assist from a free-kick, with the 17-year-old directing his header into the back of the net for goal No. 32 this season in all competitions – more than a certain Mo Salah.

There were further opportunities to leave with all three points but neither team could find the final touch, in what could be deemed an opportunity missed for the young Reds.

But a huge positive from the occasion was Stephenson playing all 90 minutes after a lengthy spell out of the side with a hamstring injury.