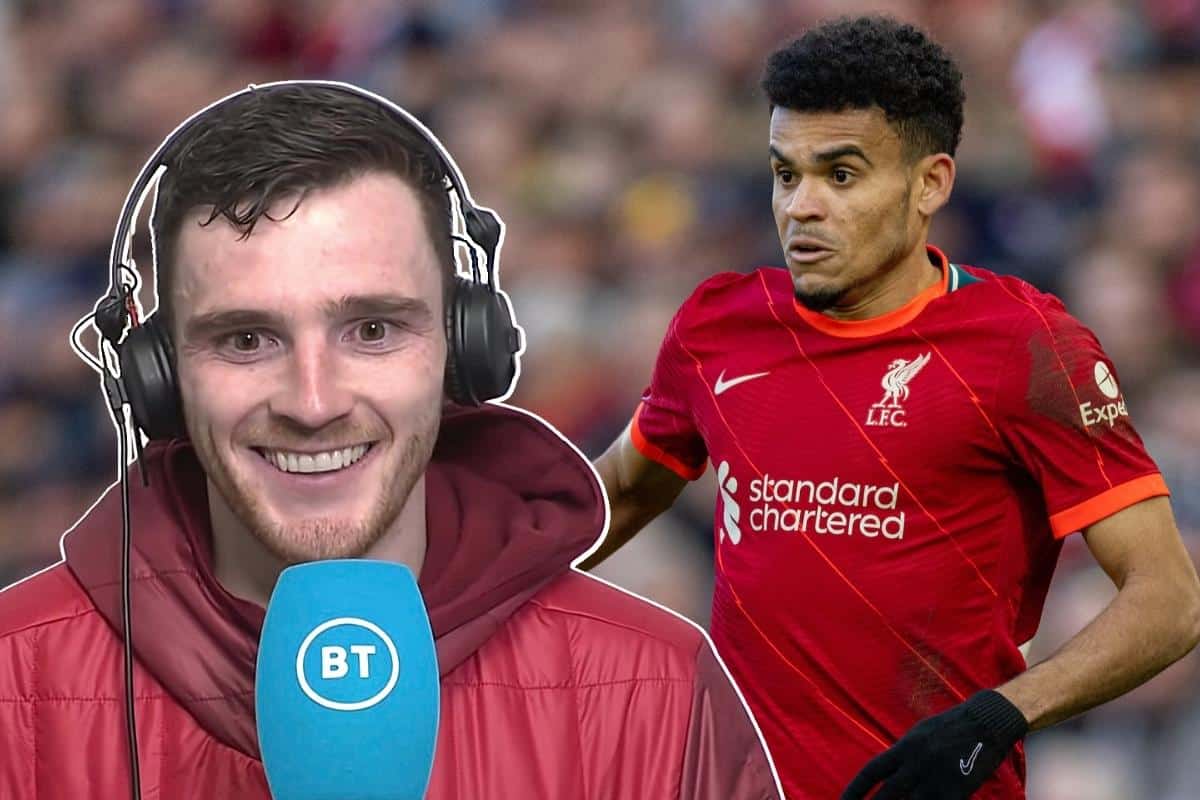 Andy Robertson marked his birthday weekend with a “perfect present” in victory at Brighton, while Luis Diaz was hailed for “putting his head on the line” to score.

The Reds arrived at the Amex on Saturday having failed to beat Brighton in each of their last three meetings, with a draw home and away and a 1-0 defeat at Anfield a year previous.

But despite a spirited performance from Graham Potter’s impressive side, Liverpool emerged with the three points after Diaz’s headed opener and Mo Salah‘s penalty.

It was another hard-fought and controversial clash, with Brighton goalkeeper Robert Sanchez deserving a red card for wiping Diaz out after the Colombian got the ball first, but the win was all that mattered for Robertson.

“The perfect birthday present,” he wrote on Twitter, “three points and a clean sheet!”

The perfect birthday present, 3 points and a clean sheet!
Thank you for all the messages ?? #YNWA pic.twitter.com/PZU3yl9rlG

This was echoed by both Fabinho and James Milner, while Adrian looked to the title race and praised his team-mates for being able to “keep up the pace”:

Another 3 points and clean sheet?
Amazing travelling support for early kick off Brighton Away ??#YNWA#Luisthebrave pic.twitter.com/iVHUgtNatx

Goalkeeping coach John Achterberg – one of the few Liverpool coaches with a presence on social media – reserved praise for Alisson after his 15th clean sheet in the Premier League.

The Dutchman also singled out Diaz for his bravery in finding the back of the net, having “put his head on the line to score”:

Great finish put his head on the line to score @LFC great clean sheet some top saves ! Focus on the next game @LFC #BRILIV #LFC pic.twitter.com/78J0RtNVxu

It was Diaz’s second goal since joining the club from Porto in the winter transfer window, and came in only his 10th appearance, with the winger making an instant impact.

Robertson spoke to BT Sport following the win, and lauded his new team-mate as “unplayable,” pointing out how “you can see people are scared of him”:

“He’s been incredible since he’s come in. He’s been special and he’s hit the ground running.

“I think today he was unplayable at times, just driving at defences, you can see people are scared of him.

“And he’s got an end product, that’s the main thing.

“It’s never easy coming in in January, sometimes you need to find your feet, but he’s done it really quickly and long may that continue.”

Diaz could have another opportunity to impress as early as Wednesday night, with Liverpool back in action against Arsenal, potentially with an attacking option short after Salah’s knee injury.

It will be a tough test for the Reds, with Mikel Arteta’s side in the ascendency, but their desire to take the three points every game will steel them for it.