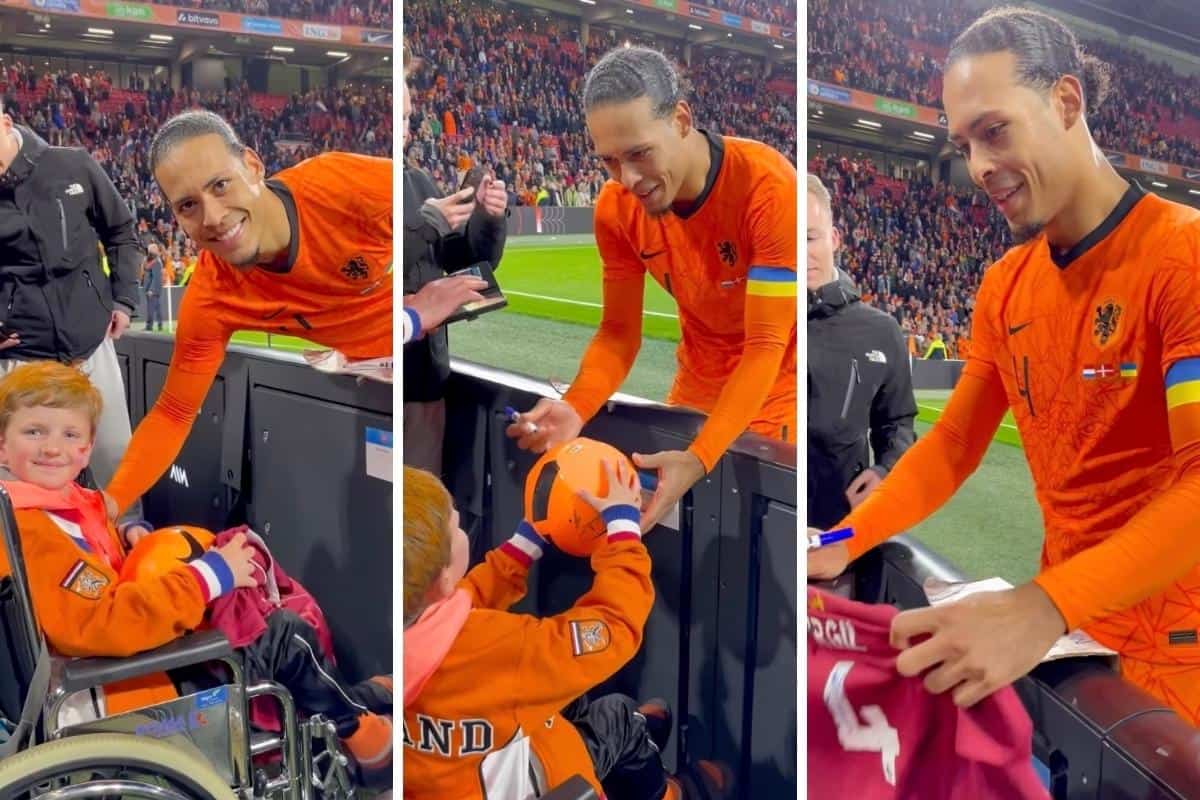 Virgil van Dijk played 90 minutes in an emotional 4-2 victory for the Netherlands over Denmark, before making a young supporters’ day with a nice gesture.

The Netherlands hosted Denmark in a friendly clash in Amsterdam on Saturday, which marked the return of Christian Eriksen to international football nine months after his cardiac arrest on the pitch.

Eriksen capped it with a goal just two minutes after coming on at half-time, doing so with his first touch of the ball as he fired into the top corner from close range.

That served as the headline story from the night, but it ended with a Netherlands victory as two goals from Steven Bergwijn and further efforts from Nathan Ake and Memphis Depay sealed the win.

Van Dijk wore the captain’s armband as he helped his country to a sixth win of Louis van Gaal’s so-far-unbeaten third reign as manager.

After the game, the centre-back was pictured approaching a young, wheelchair-bound fan at the side of the pitch, handing him a signed ball before penning his autograph onto a Liverpool shirt:

The pair then posed for a photo, and the Netherlands national team shared the video with the caption: “When you smile, we smile.”

It is a small gesture from Van Dijk, but one that will have made a big impact on the supporters’ night as he visited the Amsterdam ArenA to see a resurgent Dutch side.

Liverpool’s No. 4 has started all eight games under Van Gaal so far, wearing the armband in each, having taken duties as Netherlands captain in 2018.

He missed a disastrous Euro 2020 due to the ACL injury suffered in last season’s Merseyside derby, but will now be eyeing a successful 2022 World Cup with his country.