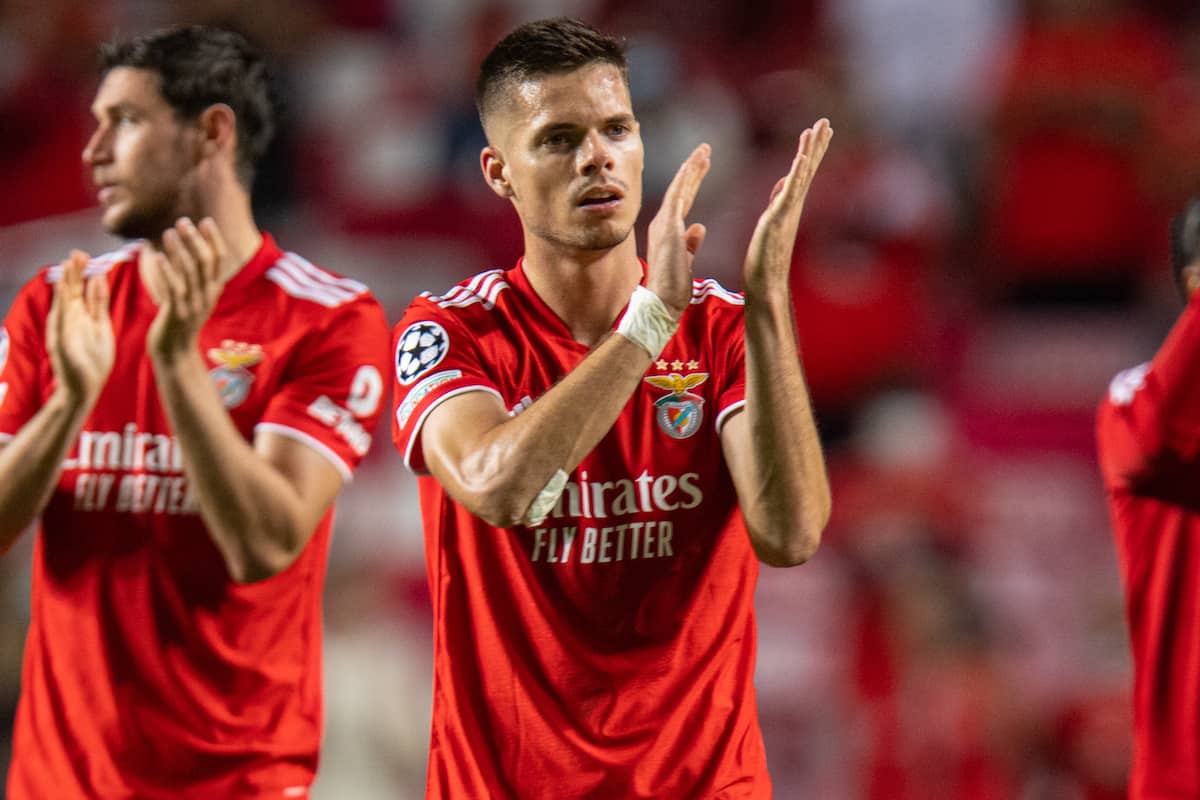 Ahead of Liverpool’s opening Champions League quarter-final leg at Benfica on Tuesday night, the Portuguese side have seven players at risk of suspension.

The Reds are due to fly to Lisbon on Monday, after Jurgen Klopp takes his pre-match press conference and leads his players through a final training session at Kirkby.

Drawn against Benfica in the quarter-finals of the Champions League, Liverpool make the trip to the Estadio da Luz for the first time in over a decade, to take on a side that lost their first game in 10 on Friday night.

Benfica booked their place in the last eight with a 3-2 aggregate victory over Ajax, with interim manager Nelson Verissimo inspiring an impressive knockout run.

Liverpool arguably hold the advantage in a tie no longer impacted by the away goals rule, as they host the second leg.

And heading into the first leg in Portugal, Benfica have a total of seven players running the risk of suspension for the decider at Anfield.

Champions League rules stipulate that a player will receive a one-match suspension when he has accumulated three yellow cards over the course of the tournament.

Nicolas Otamendi, Joao Mario, Alejandro Grimaldo, Julian Weigl, Roman Yaremchuk, Rafa Silva and Goncalo Ramos are all on two yellow cards, meaning another booking on Tuesday would rule them out of the second leg.

This will be a major concern for Verissimo, particularly when it comes to midfielder Weigl, left-back Grimaldo, winger Silva, attacking midfielder Ramos and centre-back Otamendi, who are among his eight most-used players. 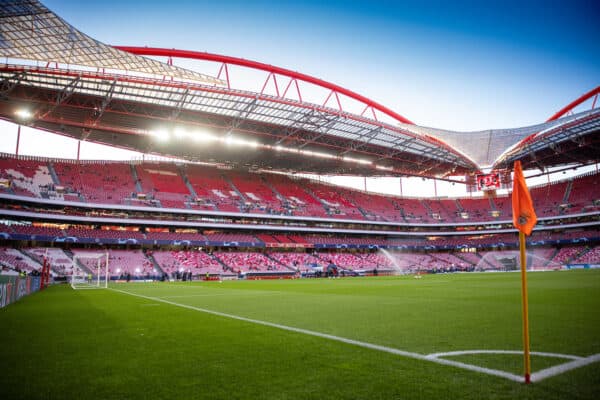 Mario, the ex-West Ham loan midfielder, scored in the 3-2 loss to Braga on Friday, while Ukraine striker Yaremchuk has been a regular starter of late.

There is a chance this will impact Benfica’s game plan, as they look to avoid prompting referee Jesus Gil Manzano into action needlessly.

However, their opponents also have concerns when it comes to possible suspension, with both Sadio Mane and Diogo Jota a booking away from missing the next game too.