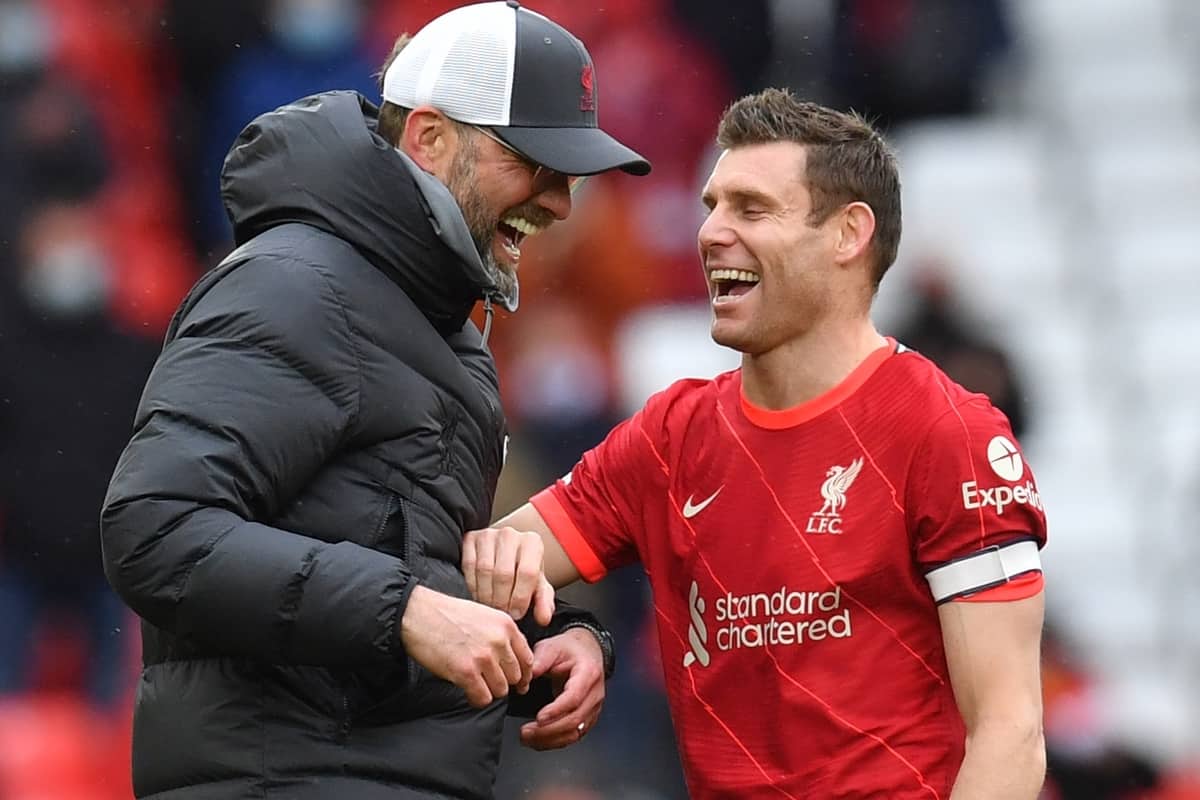 Jurgen Klopp welcomed the chance to eulogise his No. 7 after his role in Liverpool’s 1-0 win at Newcastle, lauding James Milner as a “role model” and catalyst for success.

For only the eighth time in the Premier League this season, Milner was named in the starting XI as one of five changes to the Reds’ side from midweek.

In a midfield trio with Jordan Henderson and Naby Keita, the 36-year-old had plenty to get stuck into at St James’ Park and earned BT Sports’ Man of the Match award.

At 36, Milner’s future has come under increasing speculation with his current deal to expire at the end of the season – but, on Saturday, he showed their is still plenty to offer.

And in his post-match press conference, Klopp spoke glowingly of his vice-captain and the importance he has had to his team since he came in as manager.

“Milly is Milly, is incredibly important for us. People talk about the dressing room [influence] and yes, he is really helpful there,” Klopp told reporters.

“Especially with a manager who is not a native speaker.

“But on the pitch as well, he played a super game. I don’t want to take anything away from him but I loved Naby as well and Hendo in the No. 6.

“No [met no fitter 36-year-old], but it would be interesting to look at Luka Modric – obviously, a good generation! 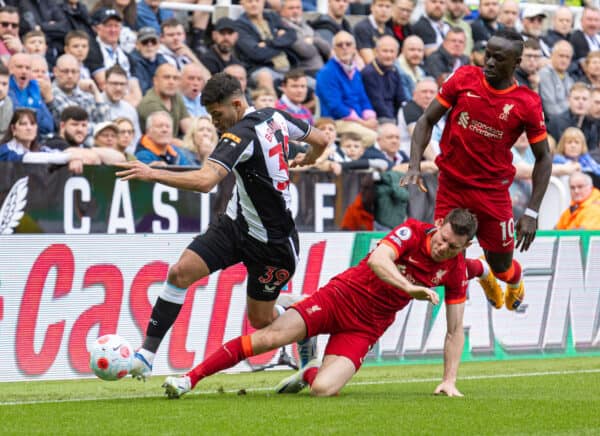 “It’s difficult to be fitter than Milly and he’s a role model.

“I told him and I can tell the whole world: Nothing we would have achieved in the last few years would have happened without James Milner, if he’s on the pitch or not.

“He sets the standards in a way a lot of people can set standards. Educated all of us.”