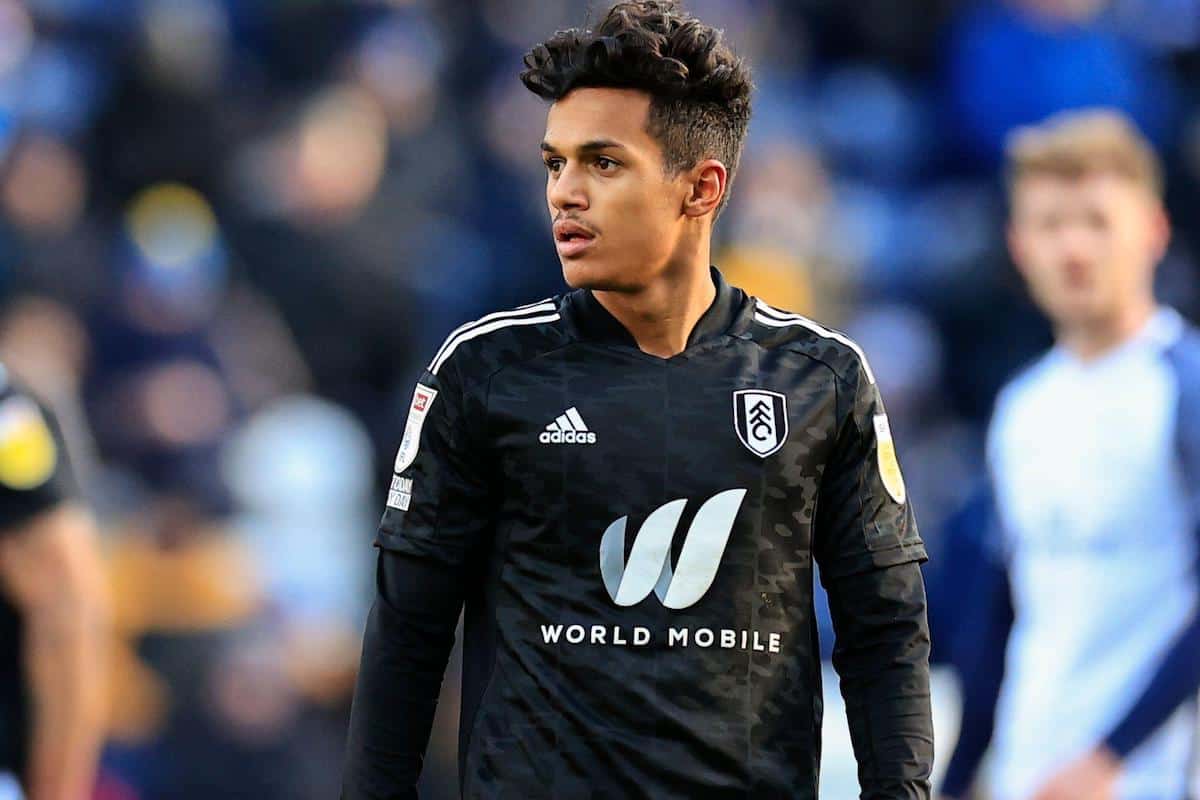 Liverpool have wrapped up a deal for Fulham teenager Fabio Carvalho that could be worth up to £7.7 million, with non-league club Balham FC now due to benefit.

It has been widely reported that Carvalho will officially sign with the Reds this summer, after the two clubs agreed a package ahead of the expiry of his contract on July 1.

Liverpool would have been required to pay Fulham a compensation fee due to the player being under 21, and they have shaken hands on a deal worth an initial £5 million with a potential £2.7 million in add-ons.

Fulham have also negotiated a 20 percent sell-on clause, while Carvalho has agreed a five-year contract after completing a medical.

The 19-year-old attacking midfielder will become the first signing of the summer for Liverpool, with an announcement likely to be withheld at least until the end of the Championship season.

According to The Athletic‘s Peter Rutzler, part of the fee to be paid for Carvalho will go to the youngster’s former club, Balham.

Balham, based four miles from Craven Cottage in the southwest London borough of Wandsworth, currently play in the Combined Counties League Premier Division South, which is in Step 5 of the National League System.

That puts them in the ninth tier of English football, and with revenues low across the non-league pyramid, the “small percentage” they will be owed serves as a big boost.

If Carvalho had opted to move abroad rather than to Anfield, with clubs in Italy, France and Spain all interested, Balham would have missed out on any payday.

The London side will be due a portion of the transfer fee due to the terms struck upon Carvalho’s switch to Fulham as an 11-year-old in 2014.

Carvalho, who spent three years with Balham, has made 31 appearances for Fulham so far this season, scoring eight goals and laying on seven assists.

Despite losing 3-1 to Coventry on Sunday, Fulham are 10 points clear at the top of the Championship.