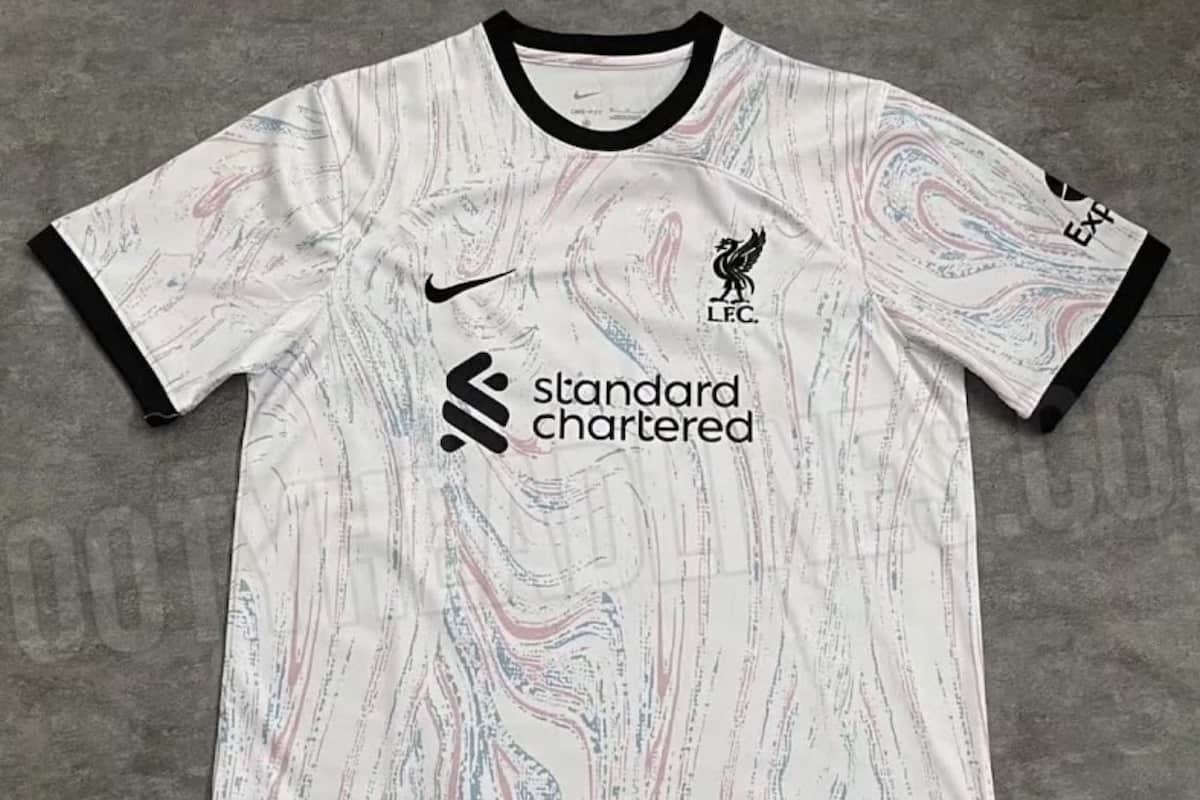 Though it has been deemed a ‘fake’, a new image circulating gives another taste of how Liverpool’s Nike away kit for the 2022/23 campaign is expected to look.

The Reds are set to return to white for their away kit next season, after wearing turquoise and ecru on the road over the past two campaigns.

It is due to be an exciting design, too, with a series of leaks suggesting that Nike have opted for an iridescent pattern over the body of the shirt.

Details have been extensively reported by the reliable Footy Headlines in recent weeks, with a leaked ball via Ofoball providing more information.

That has allowed one manufacturer to produce a mockup of the new away kit, though Footy Headlines have already confirmed this is simply a ‘fake’ based on a visual render: 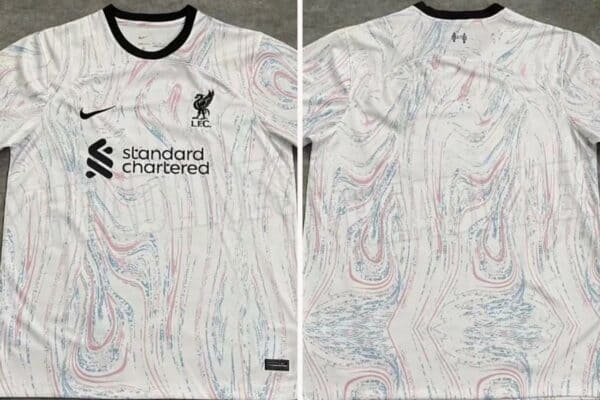 However, though it is ‘fake’, the shirt could be very similar to the one eventually released by Nike ahead of the 2022/23 campaign.

While the predominant colour of the shirt will be white, the iridescent design is rumoured to be light blue and light purple.

? We expect the final Liverpool 22-23 away kit to be similar to the draft of @AggerR4ul. pic.twitter.com/uRUKXYKR2z

The collar, cuffs and logos, including the LFC badge, Standard Chartered and Expedia sponsors, Nike Swoosh and the updated Hillsborough tribute, will be black.

For the first time next season, the Hillsborough tribute will feature the 97, to honour the passing of Andrew Devine, who became the 97th fatality of the 1989 disaster last year.