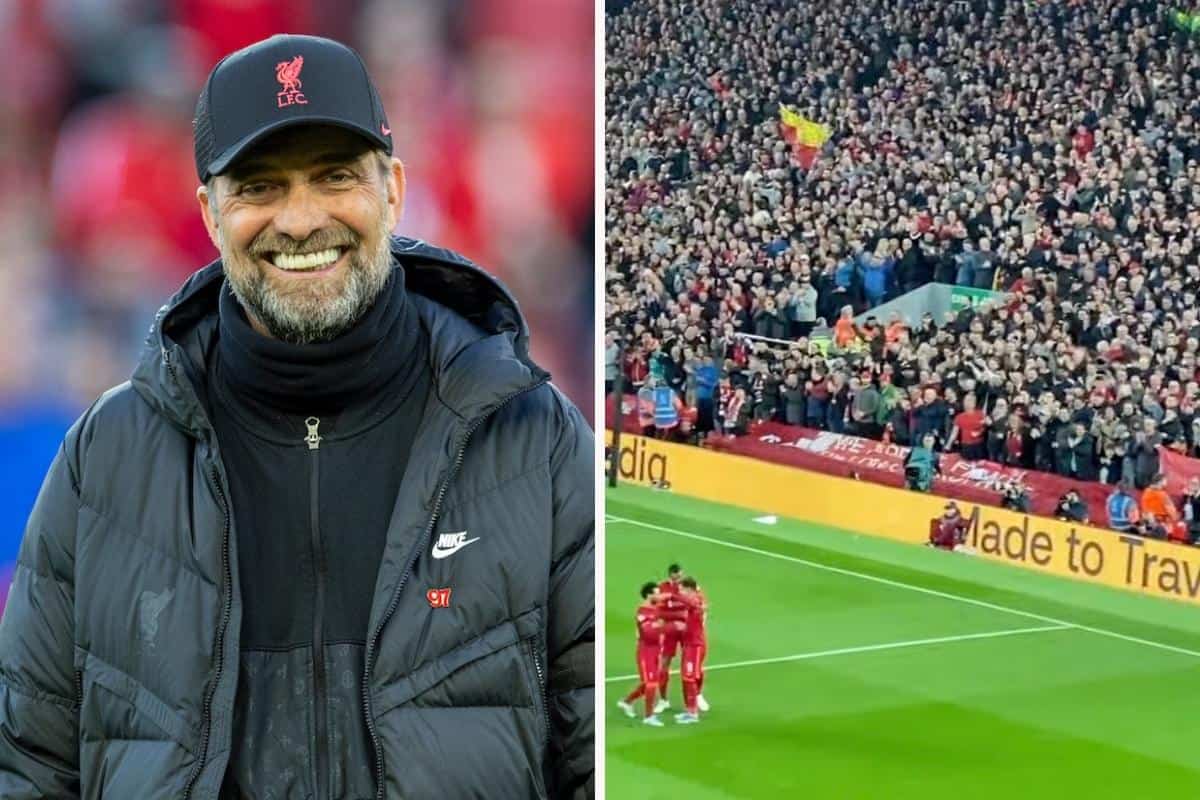 Back at Anfield for the first time since Lisbon, Liverpool fans made the most of it as the Kop debuted Jurgen Klopp’s new song during the 3-3 draw with Benfica.

While the Reds were sealing the 3-1 first-leg win over Benfica in the Champions League, a group of supporters were devising a new song for the manager.

To the tune of the Beatles’ ‘I Feel Fine’, it goes as follows:

After going viral on social media, and sung around the Etihad during the 2-2 draw with Man City at the weekend, the hope was it would be given its first proper airing at Anfield.

The Kop duly obliged, with thousands of supporters belting out the new song while Roberto Firmino scored Liverpool’s third of the night on Wednesday.

Following the 3-3 draw – one that saw the Reds through to a semi-final against Villarreal due to a 6-4 aggregate scoreline – Klopp saluted the Kop in appreciation.

There were no fist-pumps, with Liverpool not exactly comprehensive in their display, but it was a marker of his love for the fans and his new song.

It is hard to recall a song, for a player or a manager, taking off as quickly as Klopp’s has – and it stands to stay as a favourite for supporters for a long time.