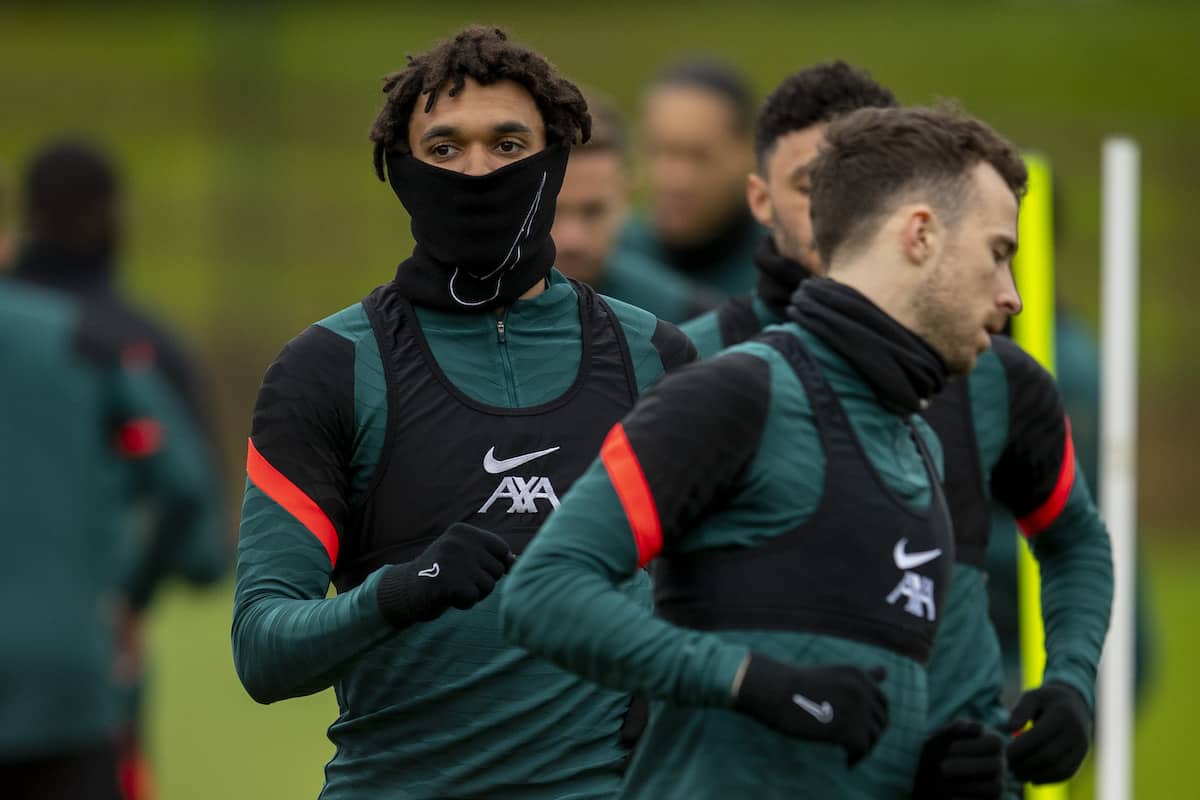 Liverpool find themselves in an enviable position with a fully fit squad for Jurgen Klopp to select from ahead of the trip to Benfica in the first leg of the quarter-final Champions League tie.

The Reds were handed a major boost with Trent Alexander-Arnold named on the bench in the win over Watford, with initial reports suggesting the trip to Man City was even touch and go.

But with a string of training sessions under his belt, he is ready for his return, while knocks to Curtis Jones and Joel Matip over the weekend cleared up quickly.

It left only question marks over Naby Keita after missing international duty with Guinea and Saturday’s win due to a minor knee injury, but he was present for training on Monday.

The session saw Klopp oversee a 28-man squad, all with a clean bill of health to leave the Reds nicely positioned ahead of their trip to Portugal and for the weeks ahead.

“Curtis had just a little swelling, disappeared overnight. Same with Joel, which was nice because it looked really strange.

It presents a number of welcome selection headaches for the manager against Benfica and beyond, but the five substitute rule could prove particularly useful to manage minutes on Tuesday evening.