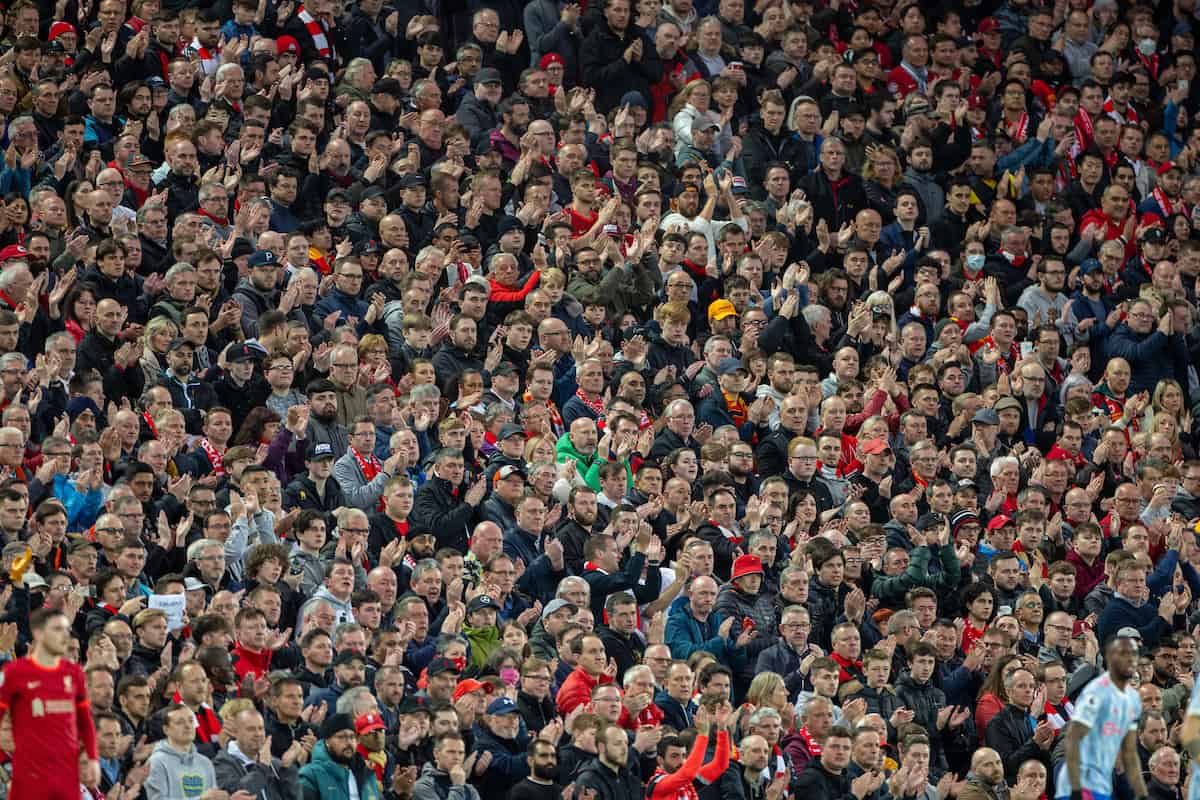 Jurgen Klopp described the seventh minute of Liverpool’s win over Man United, when Anfield stood in tribute to Cristiano Ronaldo, as his “moment of the game.”

Ronaldo was absent for United’s trip to Merseyside following the sad death of his newborn son, with the grieving striker granted compassionate leave.

It was announced before kickoff that the two sides would wear black armbands in tribute, while supporters agreed to honour a minute’s applause in the seventh minute of the game.

Marking Ronaldo’s shirt number, the tribute was impeccably observed with a rendition of You’ll Never Walk Alone, and speaking in his post-match press conference, Klopp said it was his “moment of the game.”

“My moment of the game, even though it was very important and a great result, was the seventh minute when our people showed pure class,” he told reporters.

A massive round of applause in the 7th minute at Anfield for @Cristiano, followed by the singing of You’ll Never Walk Alone. pic.twitter.com/byIY8UyPQf

“Obviously, everybody knew since yesterday, I heard for the first time about it. There are so many things much more important in life than football, and obviously, we really feel for Cristiano and his family.

“So that was my moment of the game.”

Speaking to Sky Sports, he added: “That’s exactly how football should be. All rivalries aside in this moment, there’s only one thing important.

“That was really a show of class.

“Of course, all our thoughts, from the moment we heard about it, were with Cristiano and his family. I cannot even imagine how it must feel. We really feel for him.”