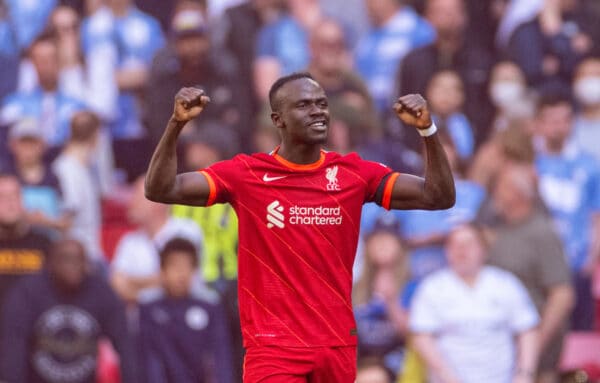 Liverpool are into the FA Cup final after a thrilling 3-2 win against Man City, with several Reds players earning huge praise.

The Reds faced Pep Guardiola’s side for the second time in the space of six days, looking to reach their first FA Cup final since 2012.

An incredible opening 45 minutes saw Liverpool lead 3-0 at the break, with Ibrahima Konate opening the scoring and Sadio Mane scoring a brace.

Jack Grealish pulled a goal back straight after the restart and Bernardo Silva scored in stoppage time, but the Reds held on.

Here’s how supporters reacted to the win on Twitter, Facebook and in This is Anfield’s comments section.

There was mass elation after the final whistle…

That first half performance was one of the best we've produced in the whole Klopp era. In the second, we controlled the game as well as you possibly can vs Man City from the 1st goal until stoppage time. Horrible last few minutes, but into another final ???

In the 3 games LFC have played City this season we’re up 6-5 on agg.

Very much deserved. Took our foot off second half, tried to manage the game and it was never really in doubt.

Another final for this brilliant football team and manager #MCILIV

Mane and Diaz were exceptional…

Sadio MAIN. Another MOTM performance on one of the biggest stages.

A constant threat & set the intent from the off with his intensity.

Luis Diaz's enjoyment in relentlessly terrorising markers with his blend of panache and pure street football smarts is some viewing. Tireless off the ball too.

Mané has lost a bit of pace, but he's repurposed himself as a 9 brilliantly quickly. And the team don't lose speed on the wing cause Diaz is there.

Mané my Man of the Match. Not just fur his goals but his movement, competing in duels, acting as a fulcrum by dropping in to develop play etc. Thought Thiago, Diaz, Fabinho and Konate were all very good.

Luis Diaz was an absolute bargain.

Diaz is incredible, City are so shook every time he gets the ball. Always produces something, so glad he got an opportunity from the start today

There was also lots of love for Thiago…

Masterclass from Thiago in the midfield today, what a player? #LFC

“Awesome performance. Thiago MOM, but lots of good performances out there” – Mataio Viliamu on Facebook.

Thiago Alcantara. What a game he has played today ? ? ?

The quadruple is still on…

The quadruple is still on!!

Quadruple is still on, treble is off – but every chance we'll meet again in Paris #LFC #FACup #MCILIV

Quadruple is still on; their treble isn’t.

These matches are at the literal pinnacle of the sport.

And the Reds are fucking mustard.

These are the fucking days. Unbelievable. These are the dreams I had as a kid ??? the quadruple dream remains alive ahahaha #LFC