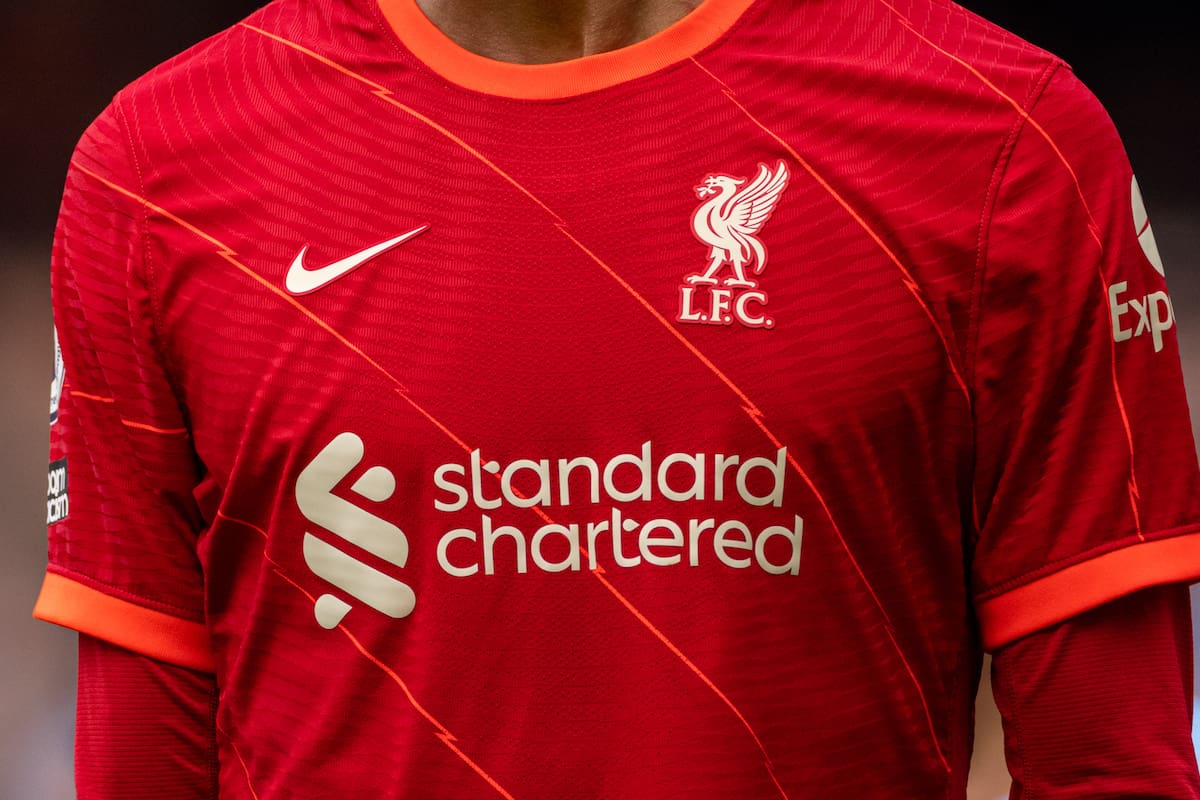 Liverpool could soon switch shirt sponsors from Standard Chartered, with the club in talks with various parties over a new deal that would kick in from 2023.

Standard Chartered, the British financial services company, has sponsored Liverpool since 2010, when the club’s kit deal with Carlsberg came to an end.

However, the Reds could have a new sponsor on the front of their shirts as soon as the season after next, with talks ongoing over a potential change.

According to The Athletic, Liverpool “have already held preliminary talks with other companies,” though “discussions are [also] ongoing” with Standard Chartered.

Standard Chartered extended their association with the club – as main partners – in 2019 with a new four-season deal worth £40 million a year – which is double that of their initial agreement.

Any new sponsorship would aim at bringing in considerably more, to reflect the worldwide appeal of Liverpool and its value to any company with ties to Anfield.

Elsewhere in the Premier League, Arsenal and Tottenham have deals of a similar value with Emirates and AIA respectively, while Chelsea‘s £40 million-a-year terms with Three were suspended following Russia’s invasion of Ukraine.

Man City (Etihad Airways, £67.5m a year) and Man United (TeamViewer, £47m a year) are the only clubs whose kit sponsors are more lucrative.

While Standard Chartered would remain primary sponsors for at least the next season regardless, agreements of this magnitude are “usually thrashed out well in advance,” which would suggest further details could emerge in the near future.

Liverpool have 28 other partners listed on their official website, including kit manufacturer Nike, training sponsors AXA and shirt-sleeve sponsor Expedia.

Carlsberg are the club’s longest-serving sponsor, with their agreement running until the end of 2023/24, while companies such as SC Johnson, Nivea Men, Quorn, Joie and Cadbury are also listed.