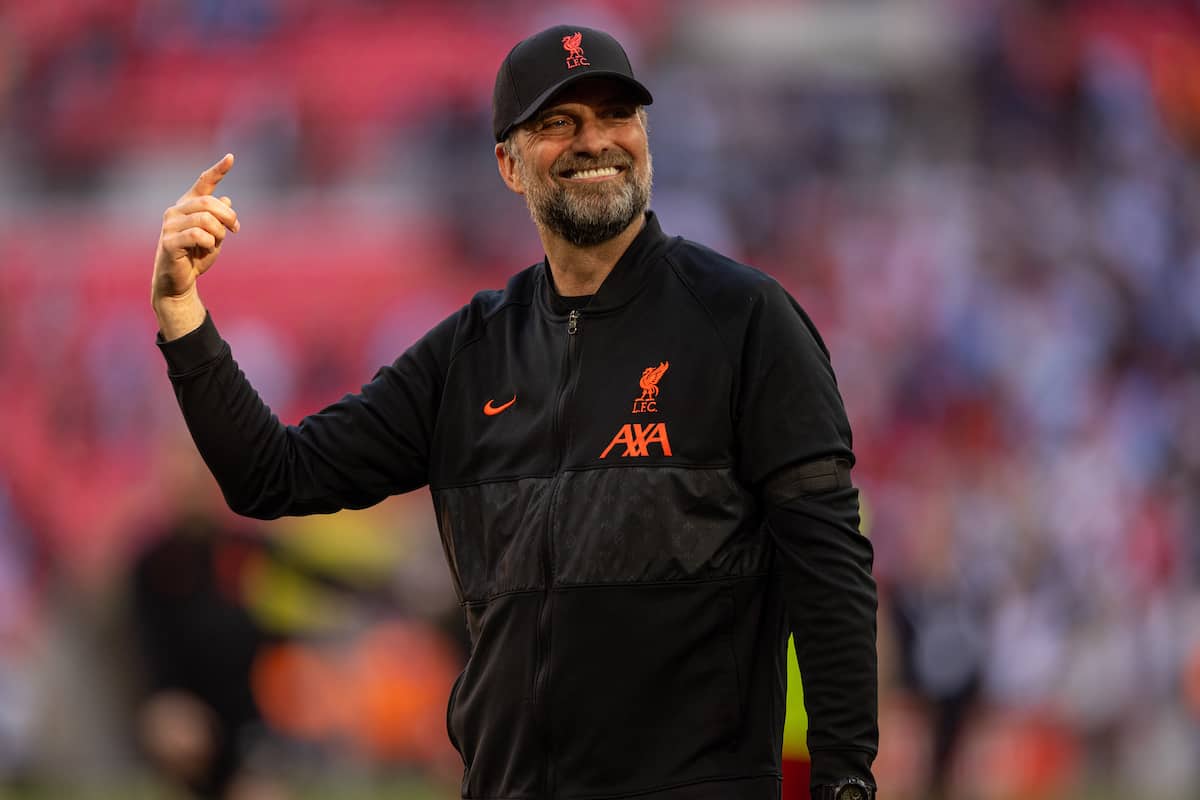 Liverpool are heading into the final week of April still in with a chance of a trophy quadruple, and are guaranteed to go longer than any other side in English history.

The Reds have already boxed off the League Cup, and are now into the final of the FA Cup, the semi-finals of the Champions League and are neck-and-neck with Man City in the Premier League title race.

Wednesday night saw City move back to the top of the table, with a 3-0 win over Brighton ensuring they regain their one-point lead, and both title rivals now have six games left to play.

In total, Liverpool could play another 10 times between now and the end of the season – which recalls Gerard Houllier’s “10 games from greatness” quote from 2002.

Twenty years on, the Reds are in an even better position than the side that won the treble under Houllier in 2001/02, with their push for a league, European Cup, FA Cup and League Cup quadruple to go longer than any side before in England.

As detailed by Sky Sports, Liverpool will be in with a chance of four trophies until May 3 at the earliest. 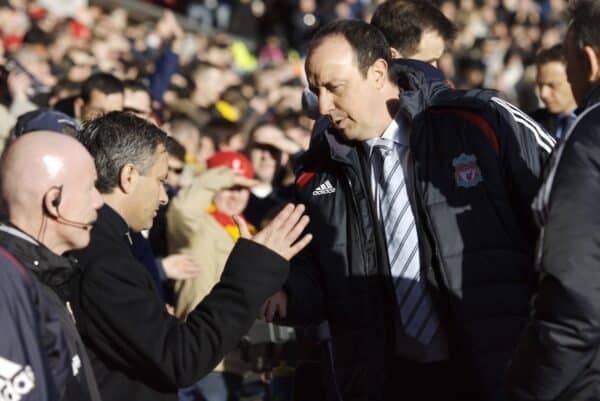 In Liverpool’s own history, their longest quadruple bid came in 1982/83, with defeat in the fifth round of the FA Cup ending Bob Paisley’s quest on February 20.

That season, of course, the Reds did still go on to win the First Division and the League Cup, as well as reaching the quarter-finals of the European Cup.

No side in English history has ever won the quadruple, and the same can be said across the rest of Europe’s top five leagues: LaLiga, the Bundesliga, Serie A and Ligue 1.

That is largely due to France being the only nation with three major domestic competitions until 2019.

Technically, Paris Saint-Germain’s quadruple bid in the pandemic-hit season of 2019/20 went longer than this Liverpool side, though that their push for four trophies lasted until August 23 was only due to the enforced break in the fixture list.