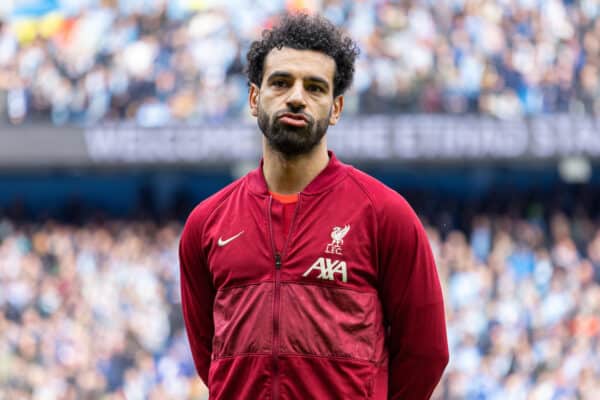 Liverpool and Mohamed Salah are expected to reach a “compromise” in talks over a new contract, with the Egyptian now likely to extend his stay at Anfield.

Salah’s representatives have been in regular contact with Liverpool over the past year, with regards to an extension to a deal that currently expires in 2023.

There has been no breakthrough as of yet, despite claims the club were close to agreeing terms, however there have been indications that the situation between the two parties has improved.

The player himself described the issue as “sensitive” in an interview with Sky Sports last week, saying: “I can’t say yes, and I can’t say no.”

Speaking to NBC Sports ahead of the 2-2 draw with Man City on Sunday, The Athletic’s David Ornstein – a very reliable source when it comes to transfer news – referenced this as he outlined his belief that a deal would be struck.

“From the sources that I speak to, there is now an expectation that he will put pen to paper and a compromise will be reached,” he explained.

Is Salah close to signing a new contract with Liverpool or will he leave at the end of his contract? Premier League Insider @David_Ornstein provides an update on his contract situation. #MyPLMorning pic.twitter.com/aG4bvlm9rm

“This is a really complicated situation. And like with much in football, it really comes down to the money.”

The figures mentioned for this “compromise” were £400,000 a week for four years, rather than three, though it has been previously reported that Liverpool would not offer that significant an increase.

It is more likely that Ornstein was simply using this as an example following suggestions that Salah was looking for £500,000 a week.

However, he adds that “it’s not there yet, it’s not over the line, so this could rumble on.”

The journalist discussed the delicate wage structure in place at Liverpool and the issue with breaking that even for a player of Salah’s calibre, while the club have “resources” to continue without him in the likes of Luis Diaz and Diogo Jota.

However, Ornstein concluded: “Salah is a rare talent, and that’s why I think this will finally get wrapped up in the coming weeks or months.

“If Salah stays, it will largely be because of Klopp.”