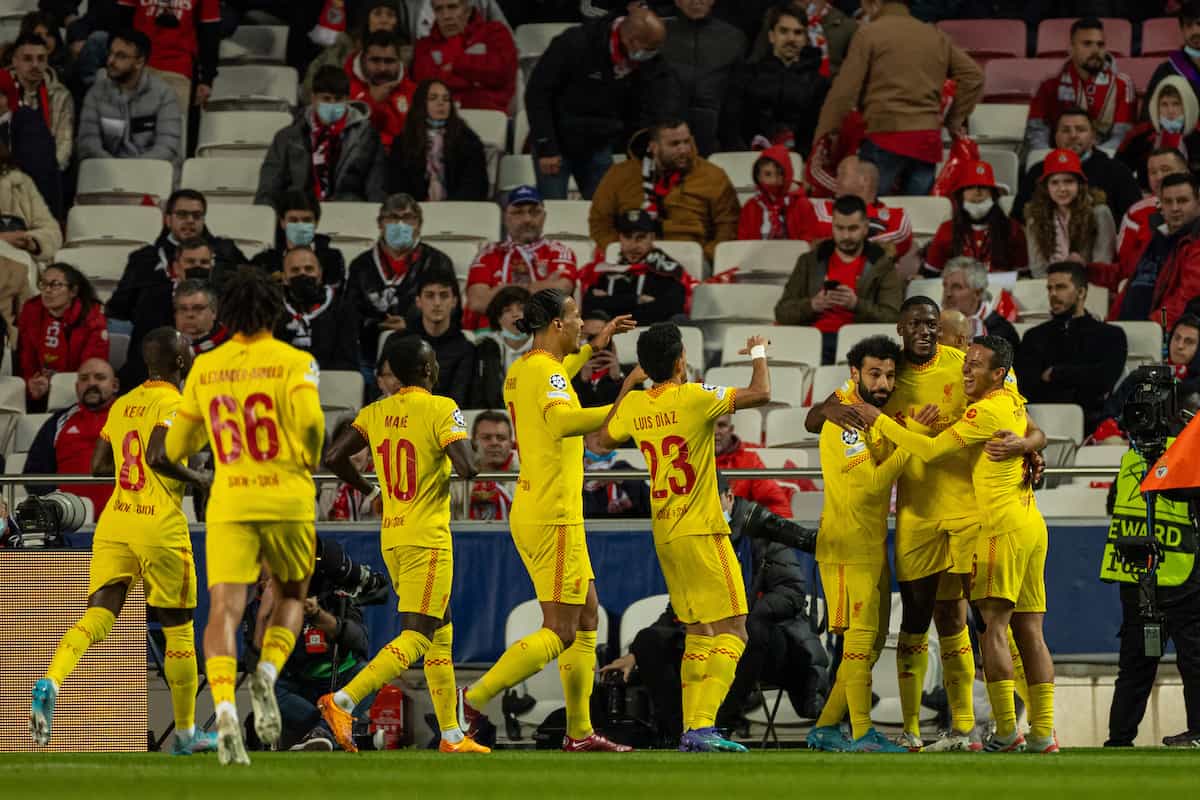 It was a game of two halves for Liverpool but their quality shone when it mattered most to take a 3-1 lead into the second leg against Benfica, with Naby Keita earning praise.

The next instalment of Liverpool’s European adventures saw them return to Portugal, eager to return to Anfield with a positive result and take a step toward the semi-finals.

Ibrahima Konate provided a perfect start with his first goal for the club before Sadio Mane then added the second that was triggered by a sensational Trent Alexander-Arnold pass.

It was characteristic of a sloppy showing in the second half, with the Reds seemingly swapped out with doppelgängers at the break having failed to find any rhythm or touch.

But that didn’t stop Luis Diaz from restoring the two-goal buffer with a moment of quality as he combined nicely with Naby Keita, with fans happy to walk away with a healthy lead:

Keita received plenty of love for his display…

In the moments when you criticise Naby Keita, it's only right to acknowledge when he plays well and tonight has been one of his best nights for Liverpool. That assist may well have just paved the way for the tie to be won. Superb finish from Luis Diaz too

That’s the Naby Keita we want to see. Assertive, driving run and a superb through ball to Diaz. Great finish. A big, big goal.

Keita is Liverpool's man of the match. Bar a bad finish, he'd have two assists for Diaz.

Pass was deflected, but brilliant break-up play and charge upfield by Keita, who has looked his best for absolutely ages. Looks fully fit, and with a change of pace https://t.co/6Lc43hEzW1

That was some assist to wrap up a stellar evening’s work for Naby Keita. One year on from his disappointment in Madrid and he’s put in an almighty shift to help Liverpool get over the line after a difficult second half.

Benfica started well, but Liverpool mostly superb. Keita, Konate — bar being spun once — and TAA all superb. Salah better all round than lately, but poor in front of goal. Everyone has been good, really

And Reds continue to relish these special days…

Liverpool playing in slow motion in the 2nd half and still good enough to win away in Europe, keeping the dream alive

Trent Alexander-Arnold. What a pass. pic.twitter.com/J7lTf8oXOA

Great night for #LFC, and Diaz in particular, but could have been so much better.

Lost count of number of one on ones they didn't take. Must be all those mind-games from Alisson in training!

They'll take it, but could have been both feet, and not just one, in the semi. #LFC

A performance of two halves. Could have scored six. Up the reds.

Dance if you're on track to be in the Champions League semi-final. pic.twitter.com/o8AajTK6uQ

Our creativity was excellent, our finishing less so but 3-1 is still a good away win in CL quarters. Benfica had almost given up when our complacency let them back in. That Diaz 3rd goal was big. We won't have this volume of chances vs City so absolutely have to finish well then.

We’re at a point in Liverpool’s history where we’re winning games, 3-1, away, in European quarter-finals and people aren’t satisfied.

What do you want? This is the best it will ever get. Enjoy it.

Overall a very good performance and result. Excellent maturity to overcome a self-inflicted wobble. Keita, Trent, Diaz all superb.
5 away wins on the spin in the CL (club record) and 15 goals scored. These are the days you'll tell your kids about. #LFC

Liverpool will be eager to see more of the first-half performance than the second at City and in the weeks to come, that drop-off will not always go unpunished and it is better to be out of the system now,

Ultimately, it was a job well done with a welcome two-goal lead to take back to Anfield, putting the Reds in the driver’s seat for a place in the last four.

But now, eyes will only be cast toward what is to be a defining game of the season as Liverpool meet Man City on Sunday. Into them, Reds!