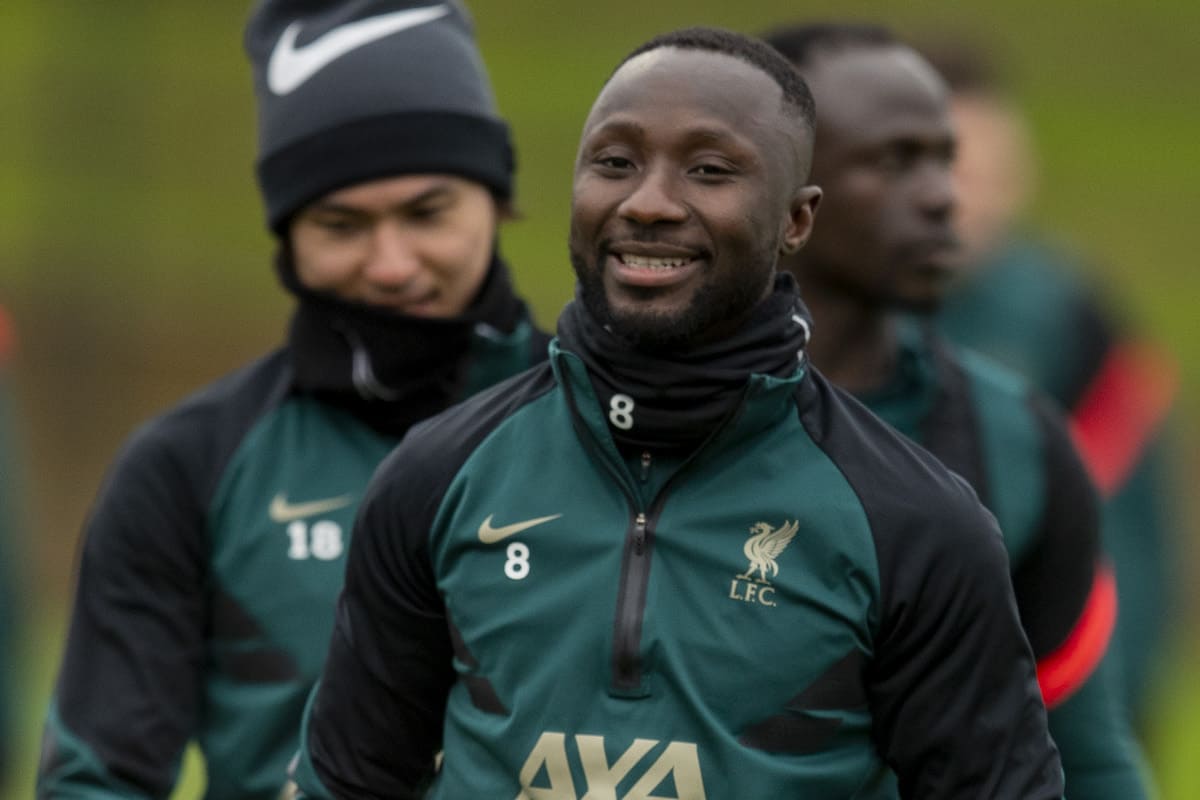 Liverpool took their final training session on Merseyside ahead of their trip to Lisbon to take on Benfica, with Naby Keita‘s return completing a fully fit squad.

The Reds are due to fly to Portugal later on Monday, after Jurgen Klopp holds his pre-match press conference at 2pm BST.

Klopp has been boosted for the Champions League quarter-final, as with Keita back with the squad there are no injuries for the manager to contend with. 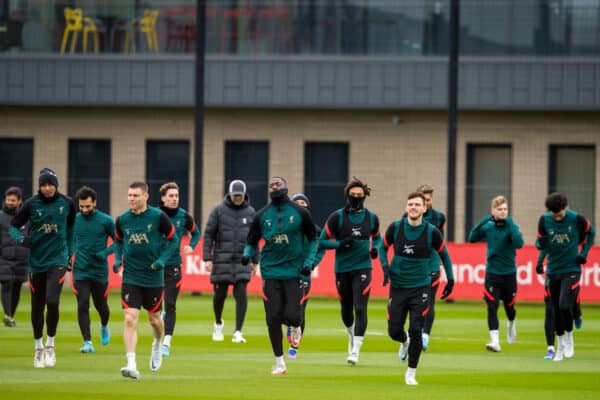 A fully fit, 28-man squad trained on a grey afternoon in Kirkby, with Curtis Jones (ankle) and Joel Matip (head) also involved after picking up minor issues in the 2-0 win over Watford on Saturday.

Before the session began, Klopp led his players through a round of Happy Birthdays as Harvey Elliott turns 19, the midfielder involved after a 45-minute outing for the Liverpool under-23s at the weekend.

Most of the academy players to have featured in the earlier months of the season are no longer present in first-team training due to a boost in overall fitness.

Goalkeeper Marcelo Pitaluga and centre-back Rhys Williams were the only other youngsters involved on Monday. 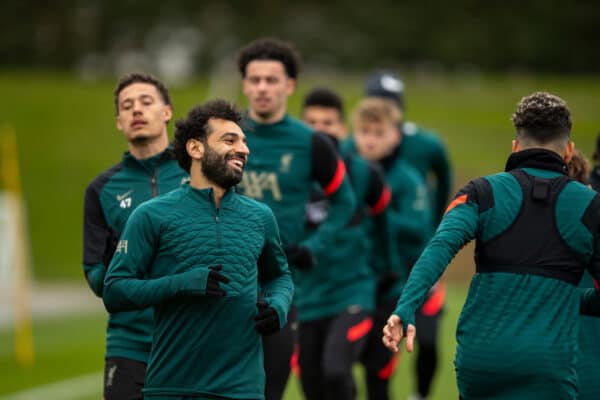 Keita’s return is a significant boost to the midfield ranks, with the Guinean likely in contention for a start against Benfica as Klopp looks to preserve first-choice starter Thiago.

A positive result will be needed in the first leg, but there will also be an eye on the trip to Man City on Sunday, with Klopp able to rotate his squad throughout a defining week. 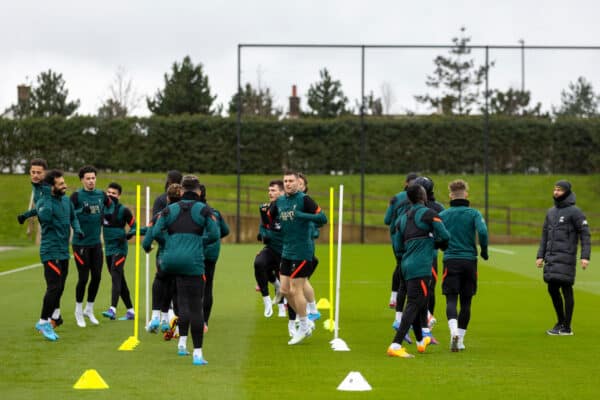