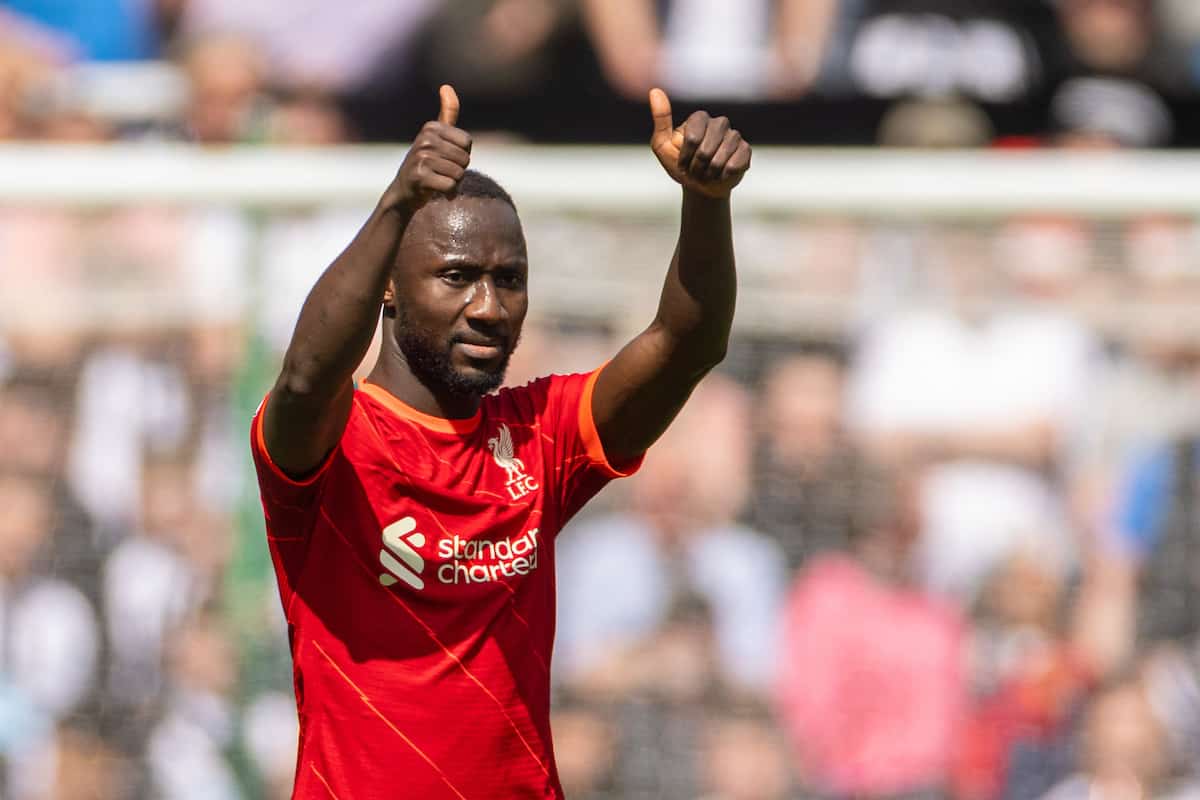 Goalscoring hero Naby Keita was exceptional in Liverpool’s 1-0 win away to Newcastle, with fans lauding his brilliance and composed strike.

The Reds faced a big test at St James’ Park, with the match coming only two-and-a-half days after the Champions League win over Villarreal.

A much-changed Liverpool side took the lead thanks to Keita’s brilliantly-taken goal, on an impressive afternoon for the Guinean.

Sadio Mane missed a glorious opportunity to double the lead in the second half, firing wide, in one of many half-chances, but Jurgen Klopp‘s side held on and went top of the Premier League.

It made for another result to savour and Liverpool fans were quick to hail Keita’s starring role on social media.

The Guinean earned praise for a superb showing, as did a few others…

That felt massive. A lot of changes, early kick off, vs the in form team and made it look fairly easy. Should have put the game to bed earlier but will take that!

– Keita motm, was everywhere. everyone who came in today played really well too

Keita MOTM by a mile, he was unbelievable, deserves a new contract ASAP

James Milner was very good & got awarded MOTM. But for me, Naby Keita was the real MOTM. Tremendous performance by him today. #LFC

Lovely to see Naby Keita get a winner in a big game in a title run-in. Hopefully, more credit will be given in the following days.

Naby Keita with a brilliant performance, my MoTM. Well in lads, said before the game 3 points is all that mattered. We got 3 points, on to the next one!

That’s huge for Naby. Staying fit, putting in some superb performances lately and now the match winner. Everything just coming to fruition.

Huge 3pts. Always nervy in situations like those last 10mins & the Reds could have made their lives a lot easier if the front three was a little more ruthless today.

Keita & Gomez were exceptional throughout, with Matip & Virgil also very, solid & disciplined with their line. pic.twitter.com/lxJiwKWdLI

Exactly the sort of solid yet unspectacular performance that was needed in a crucial and congested week. Box ticked at Newcastle through hard work. Keita and Milner energy fuelled the win, Gomez reminding plenty of folks what he has to offer. #LFCdigest

Sublime from Naby , relentless from Milner and commanding from Hendo. One of the best midfield performances again from the 3 of them. The rest of the team were absolute magnificent too. #Dreamtillwecantdreamnomore #LFC ?

Over to you City…

Massive win that one. Pressure squarely back on City this evening at Elland Road.

Now all i need is for man city to drop points

“Breathing down Pep’s neck. He is freaking out already.” – James Lim on Facebook.

Massive 3 points – I was worried about that fixture in between the two champions league matches. Now over to Leeds, hopefully they just manage to hold city to a draw. #LFC #NEWLIV