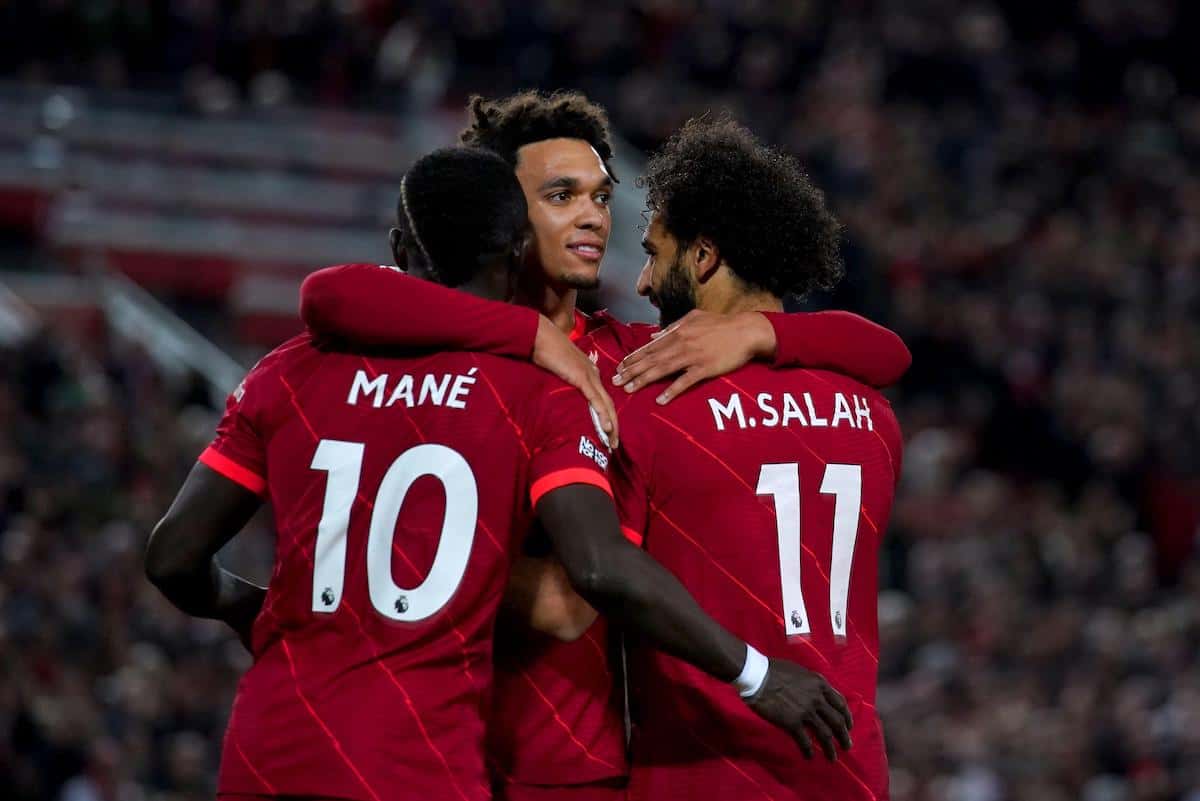 The big games keep on coming for Liverpool with Man United the visitors on Tuesday, a match that Jurgen Klopp will be expected to make use of his squad once more.

Since the Reds were last in Premier League action they have secured their place in the Champions League semi-final and the FA Cup final.

It adds further excitement to an already relentless schedule, one that includes the visit of Rangnick’s United – who remain in the battle for a top-four spot.

It’s a tussle that seemingly no one wants to take hold of with both hands, a direct contrast to the fight at the top between Man City and Liverpool that allows for little to no margin of error.

Klopp’s side are riding the wave of still being in the mix for all three remaining competitions but eyes cannot be cast further than United on Tuesday evening.

Here’s how the Reds could take to the pitch at Anfield.

Ahead of the match the manager did not point out any new concerns throughout the squad, ensuring another welcome selection conundrum:

There’s a myriad of ways that Klopp could approach this one such are his options coupled with carefully managing minutes throughout his squad.

It would, therefore, be no surprise if there were again up to or exceeding four changes from the weekend, with the forward line certainly not short of players ready to come in.

One you do expect to return is Jordan Henderson after playing only the final 17 minutes at Wembley:

This would see the Reds line up as follows: 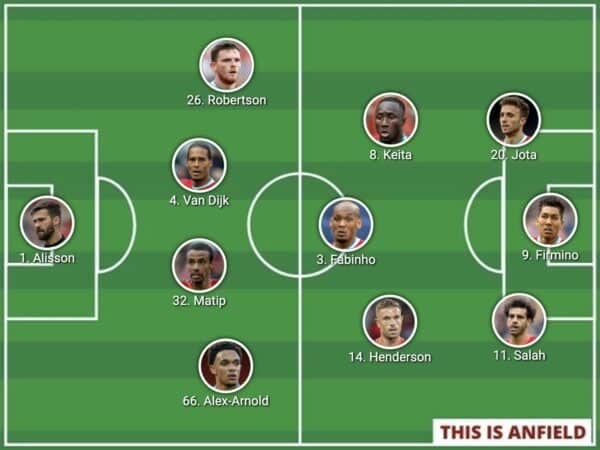 On the other hand, the tweaks may only come in midfield and the forward line at Anfield with Liverpool to have more than 100 hours between two games for a change.

This could see Curtis Jones again provided the chance to start in the league while Sadio Mane is handed the chance to add to his double over the weekend with his confidence no doubt soaring:

Those changes would have Liverpool set up like this: 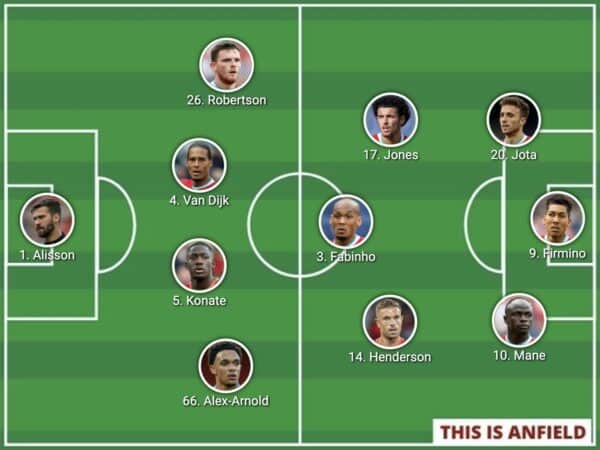 With the forward line of Jota, Salah and Firmino having ripped United to shreds back in October, it would be no surprise if Klopp again opted for the trio but any combination he chooses will be a formidable one.

The near five-day break from this game to the next does afford Klopp some wiggle room to push players that one game further and thus there may not be as many changes as some may expect.