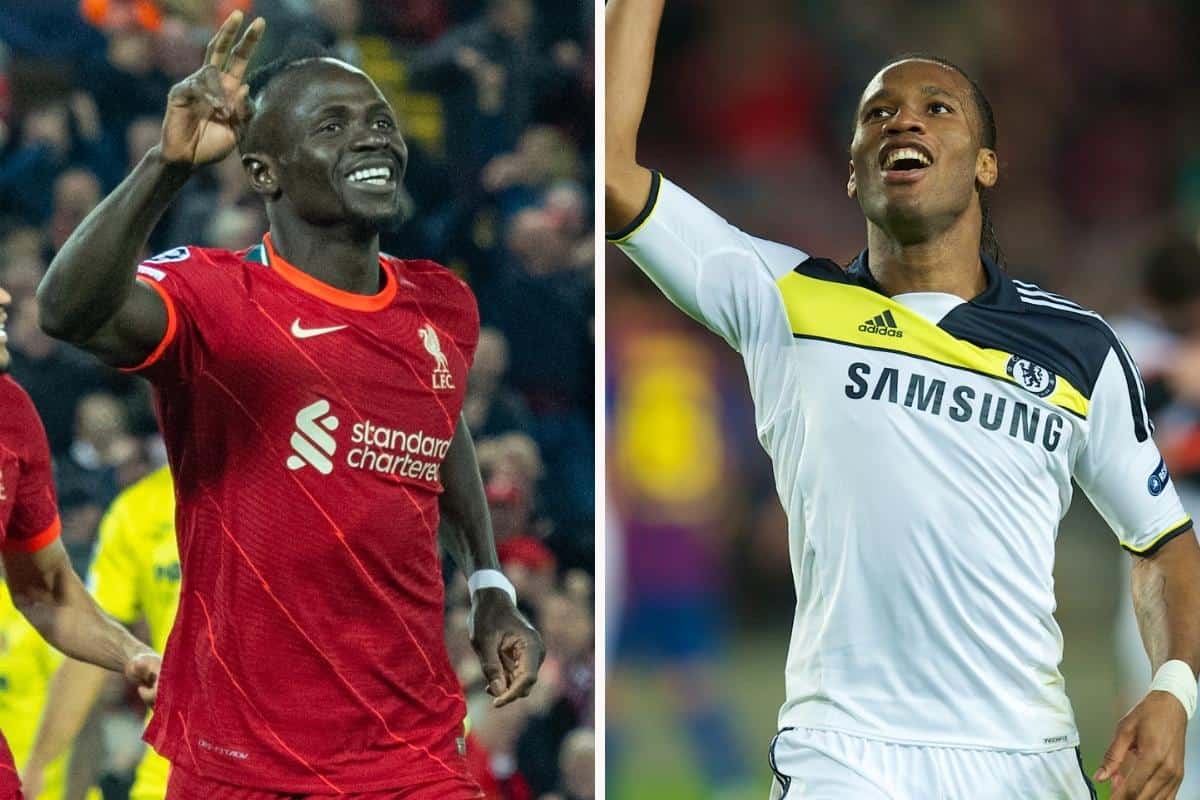 After a tough campaign last time out, Mane has returned to top form this season, and more recently this has come as a centre-forward.

With Luis Diaz arriving as a top-level addition on the left, and Mohamed Salah immovable on the right, Mane has become Klopp’s go-to striker ahead of Diogo Jota.

It saw him start the Champions League semi-final first leg at home to Villarreal on Wednesday night, and saw him net the second goal in a comfortable 2-0 victory.

The 30-year-old has now scored six and assisted one in his last six starts for Liverpool, with his latest goal seeing him draw level with Drogba as the African player to fire the most in the Champions League knockout stages.

? Tonight Sadio Mane equalled Didier Drogba as the African player with the most #UCL knockout goals (14).

Here's how many games it took them to do it:

That's 14 goals in 25 knockout games in the Champions League for Mane. Incredible. pic.twitter.com/CFUbWu7csB

Both Mane and Drogba have struck 14 times after the group stage, with the Reds’ No. 10 doing so in considerably fewer games.

Drogba scored his 14 goals in 46 knockout fixtures, while Mane has done so in just 25 – and there is every chance he breaks that record entirely as early as this season.

Speaking in his post-match press conference, Klopp discussed the decision to move Mane into a more central role, praising him as a “world class” striker.

“He can play left and can play central, both positions world class,” he told reporters.

“He started for us here at Liverpool on the right wing, the older ones in the room will remember he scored at Arsenal, maybe his first goal when he cut inside and fired the ball with his left foot in the far corner.

“So, yes, absolutely outstanding. Love it. In the moment it’s just, for us, a good alternative. 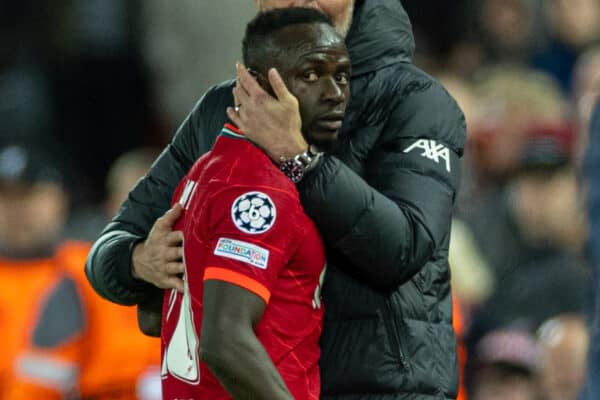 “I love Diogo in the centre, I love Bobby in the centre and I love Sadio on the left. We should not be that fixed.

“We have a look and there are different ways that Sadio plays.

“Sometimes we want him to drop slightly more, today we wanted him to stay more between the centre-halves, keep them away and offer the runs in behind.

“There are no secrets, because if you watch it back you will see it anyway.

“He has the skillset for it, that’s the reason why he is there.”